Top harness coach Darrel Graham’s six-year battle with the Queensland Racing Integrity Commission (QRIC) is finally over after the Queensland Civil and Administrative Tribunal (QCAT) did not find him guilty of a cobalt tank charge.

The popular trainer was originally charged after his horse Mafuta Vautin returned an elevated cobalt measurement in May 2015 after winning a race.

In what was the Queensland racing saga, Graham finally beat the prosecutors last week in a draining legal battle both mentally and financially – costing his family nearly $ 500,000 on top of the damage to his reputation.

“It’s been six and a half years, so it’s been a fair amount of time, but we got at least the result that we knew was right,” Graham said.

Graham was initially disqualified by QRIC stewards for 15 months due to the cobalt reading.

A large number of hearings and negotiations on the sentence were heard before QCAT finally handed down its verdict on 30 July 2019, changing the 15-month disqualification to a 12-month suspension, which started on 15 August 2019.

“It took a good while, and it’s probably a hollow victory to be honest, because I’ve already done my suspension, which is for nothing, I’ve been found innocent,” Graham said. 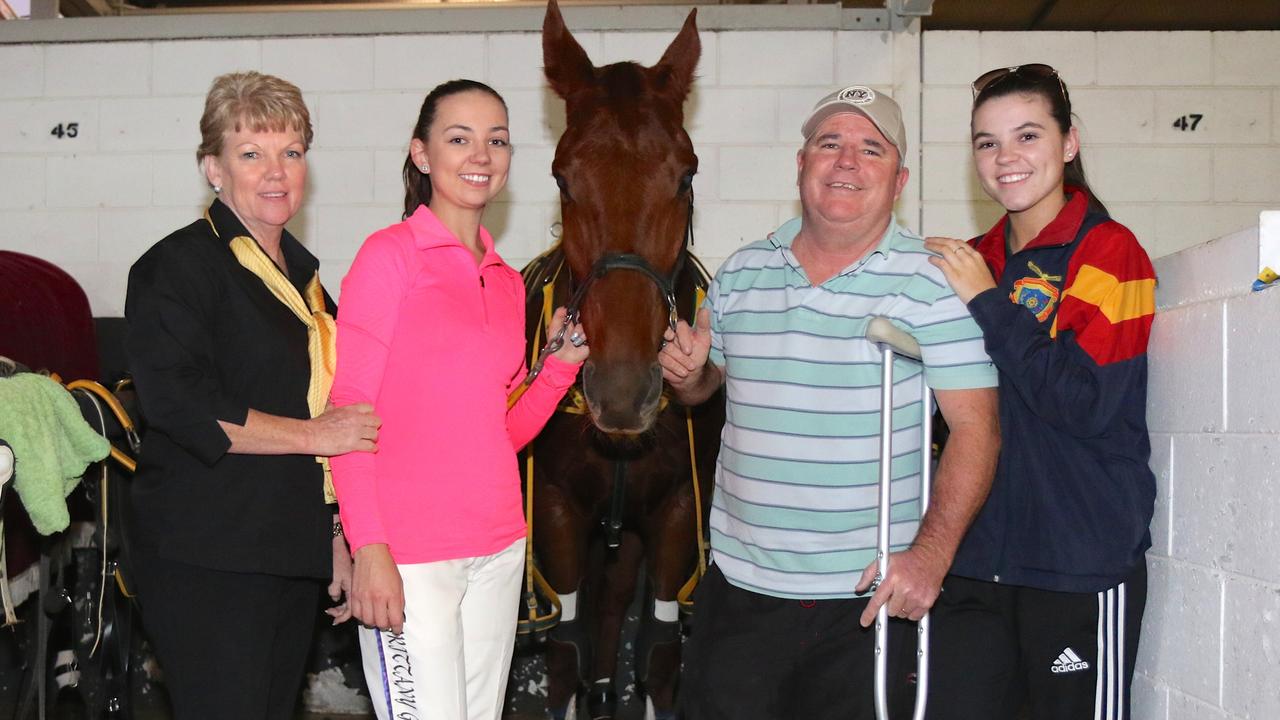 “The horses I lost, the owners I lost, the horses I did not get, it’s a little unfair, I think. It’s the system though. It has cost us about half a million dollars to fight it all.

“What costs can you put on losing owners and getting horses from you when you are suspended? Nor can you put a price on the sleepless nights and the trauma it has exposed the family to.

“My daughter (Brittany), she works for Sky Channel, and the perception was that ‘your father is a drug cheater’.

“I can not get my 12 months back as I sat on the sidelines. I could go to the races, but I could not touch a horse, so you could imagine what it felt like to be around horses for 35 years. “

Mafuta Vautin has won another 26 races since the fateful Albion Park victory on May 30, 2015 and is still running as a 10-year-old

Graham said he would “let the dust settle” on the issue and talk to his legal team further before considering seeking compensation from QRIC over the saga.

In a statement, QRIC would not acknowledge whether Graham had been found not guilty.

“It is not up to the Racing Integrity Commission to confirm a decision by the Queensland Civil and Administrative Tribunal, but the Commission was notified of the Darrel Graham decision (on Friday), a copy of which is available from the QCAT website once it is published.”