There are currently several vaccines available to combat the 2019 pandemic with coronavirus disease (COVID-19). Some of the vaccine platforms currently in use include live attenuated pathogens, inactivated pathogens, pseudotype virus vectors, nucleic acid-based vaccines, and protein subunit vaccines. 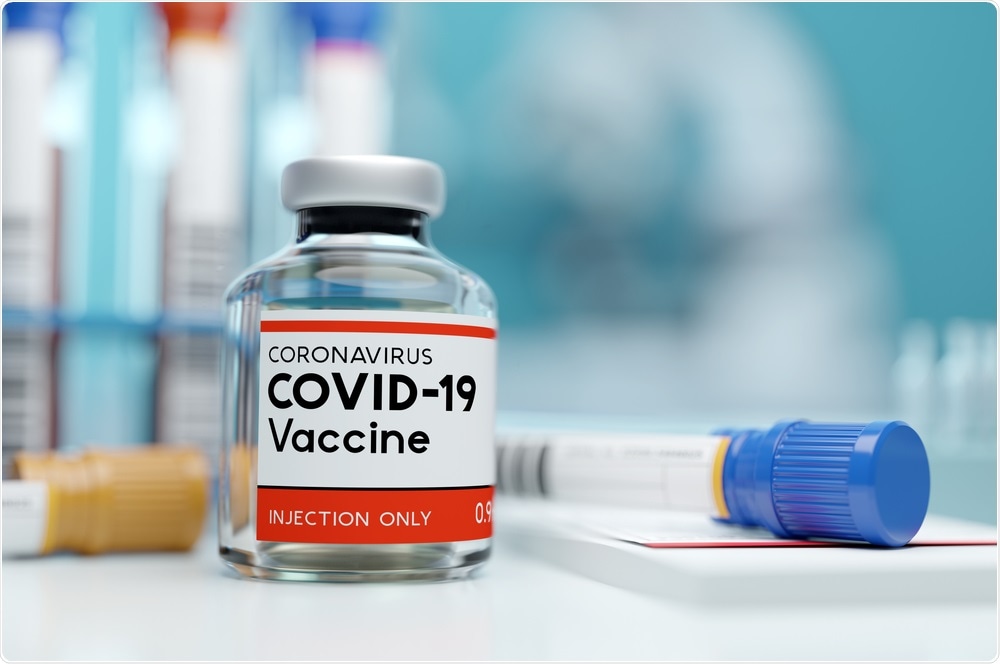 The emergence of new variants of the severe acute respiratory syndrome coronavirus 2 (SARS-CoV-2) creates a need to develop new vaccine platforms and vaccine candidates with improved performance. Nanoparticle (NP) -based vaccine platforms are very effective for vaccine development as they can be administered by various routes, have been known to elicit innate and adaptive immune responses and can be easily designed to generate vaccines targeted to any disease.

Virus-like particles (VLPs) are NPs that have previously been shown to be effective against hepatitis B virus and human papillomavirus (HPV). Furthermore, VLPs produced in plants have shown promising results during preclinical tests.

Plant viruses such as tobacco mosaic virus (TMV) are known to elicit an effective immune response. In a recent Vaccines study, researchers generate a VLP-type NP platform made from recombinant viral antigens conjugated to TMV virions.

How was the vaccine designed and formulated?

Full-length spike (S) protein of SARS-CoV-1 and Middle Eastern respiratory syndrome coronavirus (MERS) have been reported to be associated with an increased viral infection and severe pulmonary immunopathology in preclinical systems and experimental animals, respectively. Based on this evidence, the researchers in this study designed a receptor binding domain (RBD) antigen vaccine candidate that carries the amino acids (331 – 632) of the S1 subunit of the SARS-CoV-2 spike (S) protein.

This vaccine formulation remained stable for a 12-month period at temperatures of 2-8 ° C and 22-28 ° C, confirming the feasibility of the formulation for global distribution.

The immune response elicited by CoV-RBD121-NP to SARS-CoV-2 was assessed in female C57BL / 6 mice. The mice were administered 15 micrograms (mg) or 45 mg of CoV-RBD121-NP subcutaneously with or without the 7909 CpG adjuvant.

The mice immunized with CoV-RBD121-NP were compared with mice receiving two 45 mg doses of CoV-RBD121, which is antigen alone without TMV, or with mice receiving the vehicle. Blood sampling was performed on days 0, 12, and 28 to assess the antibodies. Mice were sacrificed on day 42 and final sera were collected along with the spleen for interferon g (IFNg) analysis.

Enzyme-linked immunosorbent assay (ELISA) was used to evaluate total IgG reactivity exhibited by the collected serum against RBD of the SARS-CoV-2 S protein. Recombinant histidine-labeled S1 (S1-His) was used as a capture antigen in the assays.

A balance between the two types of helper T cells Th1 and Th2 is required for an efficient immune response. The researchers subsequently performed IgG isotype analysis on sera collected on day 42.

IgG1 levels are considered to be indicative of the Th2 response, whereas both IgG2a and IgG2c levels represent the Th1 response. The vehicle-treated mice and unconjugated CoV-RBD121-treated mice showed very low levels of IgG1 and IgG2 levels.

In mice receiving one of the doses of CoV-RBD121-NP together with the adjuvant, there was a significant induction of IgG2 levels and a dose-dependent increase in levels was also observed. Notably, IgG1 levels were found to be higher in mice receiving the non-adjuvanted CoV-RBD121-NP vaccine.

The ability of the immune response elicited by the CoV-RBD121-NP and CoV-RBD121 vaccine formulations to neutralize SARS-CoV-2 infection was assessed by performing neutralizing activity assays using the collected mouse sera.

For example, the plaque reduction neutralization test (PRNT) determined the assay neutralizing activity based on a 50% reduction of the SARS-CoV-2 virus plaques in VeroE6 cells. In this assay, a single 45 mg dose of non-adjuvanted CoV-RBD121-NP vaccine formulation showed the highest effect.

The assay, which determined neutralizing activity based on reduction of infection with a pseudovirus coated with the SARS-CoV-2 S protein in 293T cells, was performed. A similar effect was also seen in this assay, where the highest neutralizing titers were observed for 45 mg dose of non-adjuvanted CoV-RBD121-NP vaccine formulation.

In addition, the neutralization activity assay, which measured 50% reduction in cytopathic effect (CPE) in VeroE6 cells infected with SARS-CoV-2, was performed. High titers of antibodies were detected in mice receiving 45 mg doses of adjuvanted and non-adjuvanted formulations of CoV-RBD121-NP.

When geometric mean titers were calculated for each treatment group using the CPE values, a dose-response to the candidate vaccine was evident. To this end, the researchers concluded that adjuvant CpG provides no additional benefit by increasing the levels of neutralization titers.

The researchers also used the VaxArray Coronavirus SeroAssay Kit to collect sera from the different treatment groups collected on day 42 for the presence of antibodies that reacted with SARS-CoV-2 S proteins from seven coronaviruses, as well as with the S1 and S2 domains. from SARS-CoV-2.

Analysis was performed to examine whether a correlation exists between virus neutralization titers and antibody reactivity against the SARS-CoV-2 S proteins. A significant correlation with an R2 of 0.77 was observed between the neutralization titers calculated based on CPE values ​​and the VaxArray signal for the S1 domain of the CoV-RBD121 group and any of the CoV-RBD121-NP groups.

The present study shows that the TMV-based NP vaccine platform can be effectively implemented for the development of new vaccines for SARS-CoV-2 and its variants. A stable vaccine candidate, CoV-RBD121-NP, was generated in this study by combining SARS-CoV-2 RBD with the TMV-like NP.