An armed man disguised in a latex mask was caught on CCTV, where he shot a father dead in front of his screaming wife and two-year-old son, a court was told.

Anis Hemissi, 24, is accused of being the hitman who murdered Flamur Beqiri outside his home in Battersea, south-west London, on Christmas Eve 2019, when the violence escalated between two rival Swedish organized crime gangs.

Beqiri, 36, was the brother of Missé Beqiri, wife of a football player who appeared on the reality TV show The Real Housewives of Cheshire. He was hit by eight bullets and shot ten times, Southwark Crown Court was told. 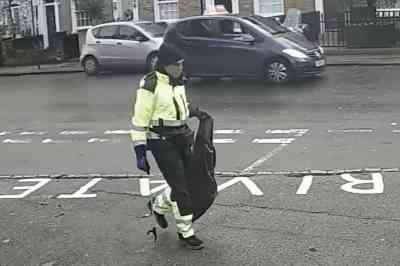 Video footage of a man in a latex mask believed to be Anis Hemissi, the alleged killer, Southwark Crown Court was told

Today, the jury showed footage from a security camera, which also recorded audio, mounted on his three-story house. Beqiri, who owned

The Canterbury Bulldogs bring in Jacob Kiraz from the Newcastle Knights