On November 21, 2021 (Sol 268 from the Perseverance rover mission), Ingenuity, the Mars helicopter, made its 16th successful flight over the planet’s surface entitled “Short Hop to the North”. 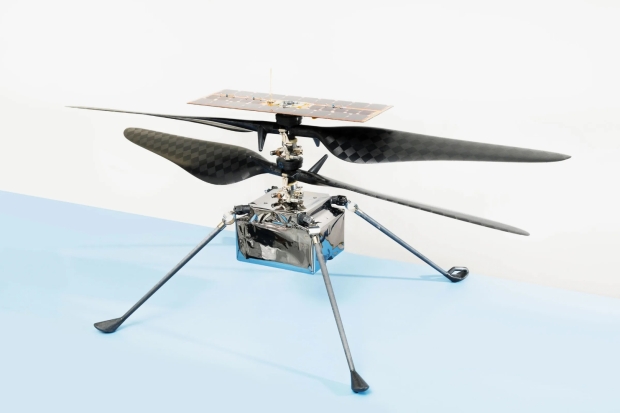 Flight 16 was a 109-second flight in which Ingenuity climbed to 33 feet (10 meters), flew over “Raised Ridges” at 3 miles per hour (almost 5 kilometers per hour) and landed near the edge of the “South Seitah.” This voyage stretched over 380 feet (116 meters) as the vessel flew to the northeast.

Using a Return-to-Earth (RTE) camera oriented to the southwest, opposite the flight path, NASA aimed to take nine color images evenly distributed throughout the flight. Only four black and white images have been posted so far, with color versions to come in a later downlink.

This flight sets Ingenuity up to cross the Seitah for Flight 17, bringing it closer to the Wright Brothers Field goal. While Ingenuity is waiting for the Perseverance rover to catch up after Flight 17, a flight software update could potentially be implemented to enable new navigation options in preparation for future flights. 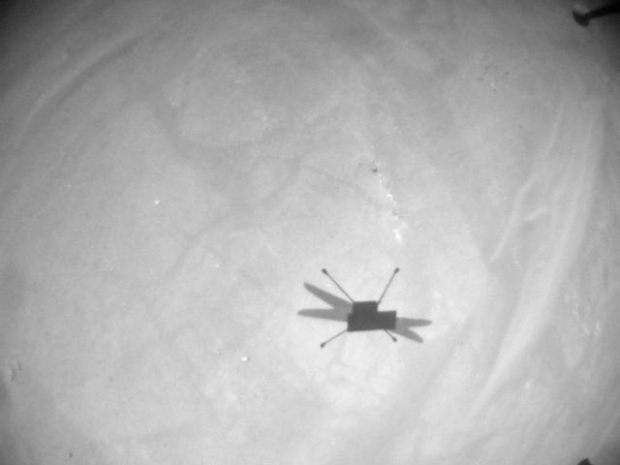 This image was taken from the camera mounted on the helicopter body, which points directly downwards to track the ground over the flight. The photo was taken on November 21, 2021 at. 12:35:37 Mars’ local average solar time.

You can see the more than 2000 photos that the Ingenuity helicopter has taken so far here.