England must start with a bang in Brisbane to win the ashes back, but history is against them

The ‘big first hour’ has become a cricket cliché. But never is it more appropriate than when England goes to Gabba, where an entire Ashes series can be defined by events before drinks on opening day.

In 1994, Phil DeFreitas saw his first ball sent off for four by Australian opener Michael Slater, who went on to smash 176 as England lost the first Test and then Ashes 3-1.

Eight years later, captain Nasser Hussain mumbled the infamous words, ‘We’ll have a bowl’, after winning the draw, only to see Australia close day one at 364 for two and continue to frolic for victory in Brisbane and win series 4-1. 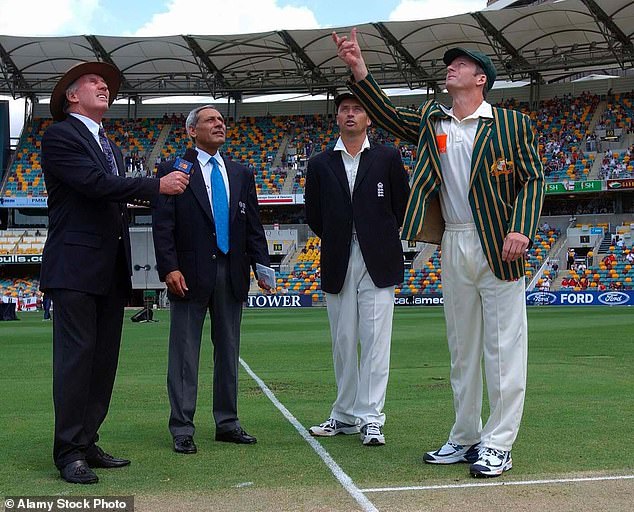 In 2006, it was Steve Harmison who set the tone for a humiliating 5-0 laundering, as his first delivery to Justin Langer was so wide that it was picked up by skipper Andrew Flintoff on the second drop.

Here, the three men recall their first disaster as a warning to Joe Root of what could go wrong if England get off to a bad start at Gabba this week tomorrow.

PHIL DEFREITAS: SLATER PLAYED WELL, BUT I GIVE HIM SOME THROWS!

The first thing in an Ashes series, you set the tone. I think I have set the tone for Australia.

All my preparation had gone really well. Three days before, I knew which end I was going to bowl in. I was focused. I visualized it the night before.

In the morning we went through the exercises as usual. I bowled from that end and felt good. But just as we were about to go out, Mike Gatting – after probably getting 10 hot dogs for breakfast – went with Captain Michael Atherton and said, ‘The wind has changed, Daffy has to bowl at the other end.’ 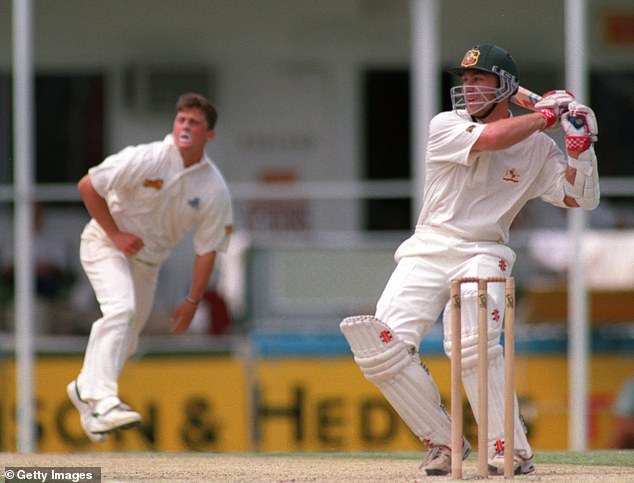 He completely took my focus away and I ended up bowling the first one over from the end which I did not see myself bowling from.

You will not use it as an excuse … but it affected me and my thought process. It was not a perfect first over.

There were a lot of nerves and Michael Slater was very positive. That was just the way Slater played.

He did not need a sighter. He just saw the ball and hit it. He cut my first ball through points for four. 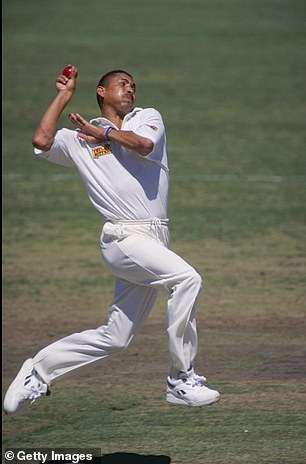 He then hit another wide ball over the third slip for four in it over and he was out. He played really well, but I gave him some throws to start!

Going down 1-0 in Australia, it’s always hard to come back. You are immediately on the back foot.

When you go back to the hotel you can not get away from it and the only way to keep them quiet is by winning.

Gabba brings back fond memories for me because that was the place where I got my test debut in 1986 and we won.

I enjoyed playing cricket there – except for the first time in 1994.

NASSER HUSSAIN: WITHIN 20 MINUTES I KNEW IT WAS THE WRONG DECISION

I always look forward to the first morning in Brisbane because my Twitter feed explodes with gags about the cast in 2002. Luckily, all these years later, I’m able to laugh at myself at it.

I look back now and just think, ‘I was wrong.’ It was a case of me trying to reinvent the wheel. We were plagued by injuries up until that match, especially in the bowling department. 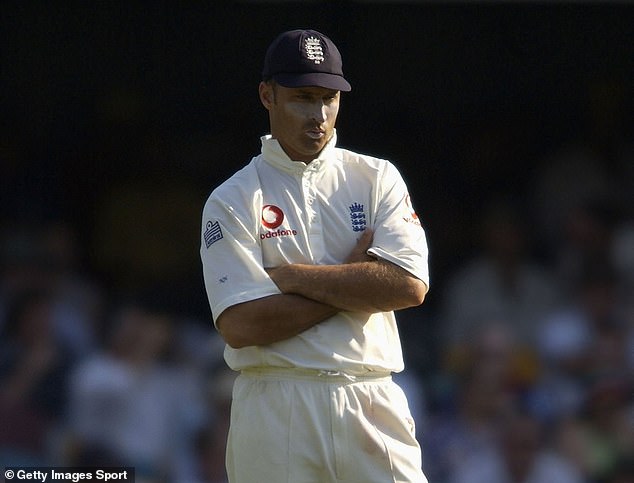 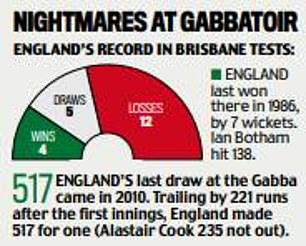 In the warm-up matches, the only time we had seemed to get wickets was early as it swung. The morning of the test, Marcus Trescothick, our vice-captain, approached me and said that it was swinging at night.

So I thought our best chance would be to bowl, give our attack something to go for and try to get some early wickets.

Within 20 minutes, I knew it was the wrong decision. The ball didn’t swing, it was flat and Matthew Hayden smashed us everywhere.

Then poor old Simon Jones laid the slide on the rerouted Brisbane outfield, and his knee broke in two. It went from bad to worse.

I went into the locker room for lunch and just held my hands up and said, ‘Sorry boys, I took horribly wrong’. There was no point in trying to bluff, tease, or make excuses. 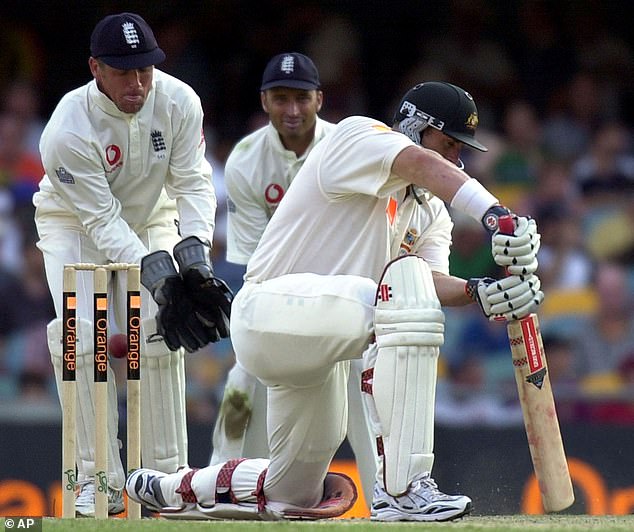 It was branded as my biggest mistake as England captain, but I do not look back on it and think, ‘Oh my God, it was a dark day’.

I look back more on matches like the NatWest Series final in 2002 when we had India 146 for five and lost, or the World Cup match against Australia in 2003 where they were 135 for eight and we managed to lose.

This one was just tossed by the coin, but it gets highlighted because everything gets highlighted with Brisbane. It’s the first day in the ashes. It set the wrong tone, but would it have gone differently if I had decided to strike first in Brisbane? 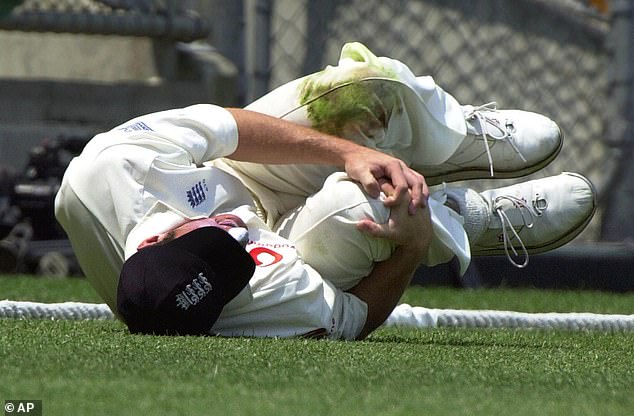 Things went from bad to worse for England, who lost Simon Jones to a serious knee injury

Probably not. Did it cost us that Ashes series? Probably not. Australia was a better side than us. They won the series 4-1.

Not that it relieves me, but I later found out that Australia captain Steve Waugh himself had to bowl first.

Nathan Leamon, England’s analyst, has also told me since then that it was statistically the right thing to do in Brisbane. I just laughed at him and said, ‘That’s probably not the best way to try to sell your services as an analyst!’

STEVE HARMISON: IMAGINE THE ABUSE I GET IN NINE WEEKS AFTER THE BAL

I’ve never had a problem talking about that ball. My best mate Andrew Flintoff threw the ball at me and said, ‘Well, you go and take the first one over in this long-awaited Ashes series’. Then, 25 seconds later, I committed to give it back to him!

Batsman, Justin Langer, did not come close, but Matthew Hoggard ran in from a fine leg and came to the 30-yard circle, waving his arms in the air, thinking, ‘Why is no one cheering? ? It’s just gone straight to the second drop … has he not done it? ‘ Matthew, I had it.

So he started wrapping his arms around and pretending to stretch because he was bowling next time! 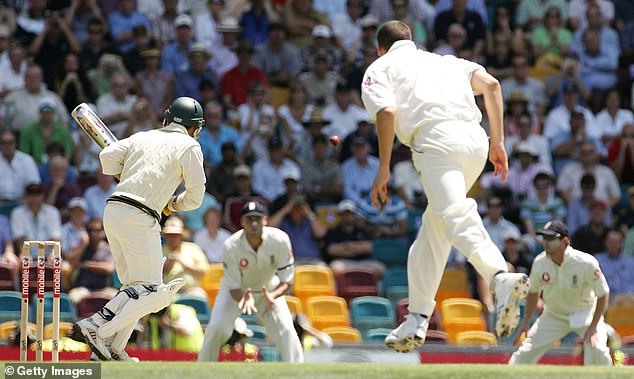 I can laugh at that now. I’ve never done that again. It was just one of those things. I tried too hard.

My preparation for that series was shocking. I had not played in Adelaide the week before. I was nervous. I remember talking to (my agent) Neil Fairbrother about it and he said, ‘I’ve never seen you nervous before, but the night before that match, it’s just as nervous as I’ve ever seen anyone. ‘.

It’s history, but I have to throw another ball. My pride and joy in that series was that I never missed a test. I played every single day. 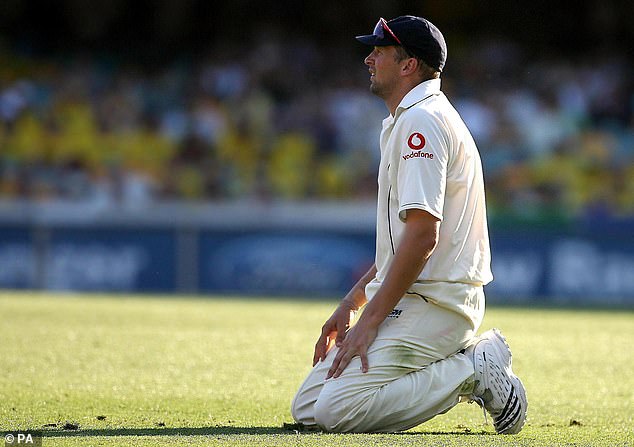 Can you imagine the abuse I was subjected to for nine weeks on that trip after the first ball? But we were not good enough to beat Australia, whether the first ball in the series happened or not. We were not very good and Australia was fantastic. They deserved to beat us 5-0.

We were a shadow of the side that played against them in 2005. Michael Vaughan was gone, Marcus Trescothick was gone, Simon Jones was gone. It did not matter if Andrew Strauss or Flintoff was captain. If Vaughan had been captain, we would still have been beaten 5-0.

I was asked about that ball by a journalist in Durham next summer. He said it was 33-1 for a wide for the first ball. I quickly threw him out of the riverbank. It was a good job, three or four of my teammates came in between us!

Harmison spoke on The Cricket Collective on talkSPORT2, which is repeated on the Following On podcast.

Does Manchester City turn English football into a Farmer’s League?