I’m 24 years old and I have a master’s degree in writing, editing and publishing from the University of Queensland. Competitive ballroom dancing is what I live for and Harry Styles is my favorite singer.

That sounds pretty normal and boring, right? I agree. But here’s what you do not expect – I am deeply deaf and my vision is limited to counting fingers of 20 cm in front of me.

Since I was quite young, I have been sitting for hours glued to the TV and watching Novak Djokovic win grand slam after grand slam in quick succession.

I adored him; I was his ultimate number one fan. Every time he won a point, I pumped my fist and shouted, often to the annoyance of other family members. I thought Novak was the king of tennis – he ruled when it came to this sport. And it was my dream to meet him one day.

They say that dreams come true, but only if you make an effort to make it happen.

So that’s exactly what I did – I booked myself a trip to Melbourne in January 2020 and promised that this would be the year I would meet my hero.

Djokovic’s greatness can not be denied 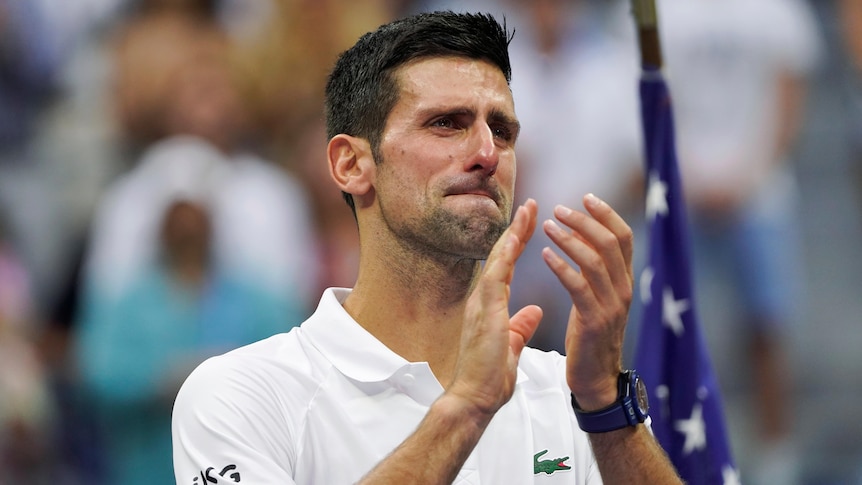 Novak Djokovic’s search for a calendar Grand Slam is over, for now, but Djokovic’s greatness – although it may be reluctantly offered – can not be denied, writes Simon Smale.

The weather was miserable in Melbourne – windy, wet and generally icy cold. I almost caught a cold right away, which dampened my excitement for the Australian Open.

When I felt pretty bad, I thought how annoying it was that I had to get sick at such an important time – could not my body have chosen another week of the year to function optimally?

Still, luck was with me. I kept pestering Novak’s security team and finally got a photo with him. Not even the fact that I felt like a train was running over me at high speed could ruin that moment – I was positive, 100 percent ecstatic.

The years of waiting and seeing had paid off; it was not just a wild goose hunt.

The icing on the cake was a signed cap that Novak himself picked up from his bag and presented to me. What an incredible experience and one I will never forget.

The media was there and someone pushed a microphone under my mouth, which made me express my feelings. But I was lost for words, completely overwhelmed by poorly disguised happiness. 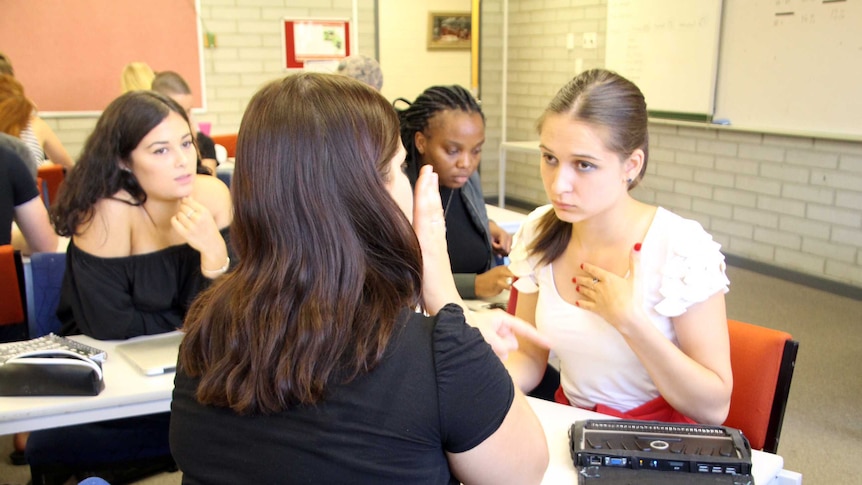 “I have many doubters, people who think I will fail,” says Vanessa Vlajkovic, a deafblind young woman and journalism student who plans to one day bring you the news.

Can you blame me though? I had just met one of the sport’s greatest legends, I could hardly be expected to form coherent sentences.

Star-struck was a small understatement – this had a different layer in it than most people would have expected.

Due to my sensory loss I can only watch tennis on TV – live betting is not an option. So at the Open, my goal was to meet the players who meant something to me; a more intimate and memorable bucket list item than I could have hoped for.

Obviously, Novak was a priority, but I also got a picture with Nick Kyrgios and Milos Raonic.

The previous year I had taken a selfie with Roger Federer in Perth, which had fueled my desire to aim higher on the spectrum of famous people.

Fast forward to June 2021 and I scroll through my Facebook feed at some random time of the day where I come across a post promoting blind tennis. I stopped scrolling and started thinking – could this really work for me?

International Day of Persons with Disabilities

Find out how you can get involved this year on IDPwD’s website.

Never, not at any point in the last decade, did I imagine I could play tennis. It just did not seem realistic to someone who could not see or hear. How on earth could I entertain such an idea? You’re silly Ness, I reprimanded myself.

But despite this doubt, my curiosity prevailed and I was standing on a tennis court on a Tuesday night, surrounded by other blind players.

On the drive to the tennis center, I had quarreled with myself about the ridiculousness of it all – I had almost convinced myself that it was a cruel joke, the internet was playing on me, and such a thing did not exist.

I was soon to find out how wrong I had so intensely questioned my abilities.

I was warmly welcomed by Ian Ketteringham and Dan Bentel, my coaches. Even though it was extremely cold this first night to be outdoors, I ended up surprising myself by having a lot of fun. The balls we used were very soft, contained a bell and came in black and fluoro yellow.

Aside from these adjustments and the fact that the ball was allowed to bounce more than once before it was hit, blind and partially sighted tennis looked like tennis with sight. The same rules still applied, there were just these minor changes to account for the lack of vision. The clock was obviously of no use to my ears, so I channeled my energy elsewhere.

Several weeks later, I asked Ian for a private lesson, as I had discovered that one hour a week did not satisfy my deep thirst for improvement. Something had been unleashed in me – I wanted to learn and then win.

It was new territory for both Ian and I, we had to mess around and figure things out as we went.

I sincerely started looking forward to my private classes each week – Ian and Dan were very encouraging and open, which helped me feel safe and secure in making mistakes because they were never critical.

The coaches seem to believe that I have the potential to win matches – if a professional tells me this, then it must hold some truth? I think we’ll see.

The new year has some exciting things waiting for me, I just need to have patience and everything falls into place.

The Paralympic Games and living with a disability 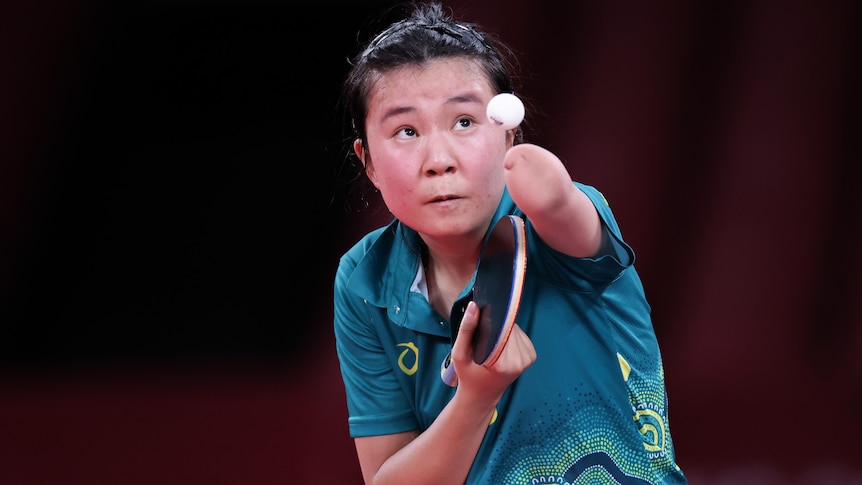 The success of the Paralympic Games in Tokyo gives us all an opportunity to re-evaluate how we look at and treat people with disabilities in modern society, writes Matthew Haanappel.

I put on my journalist hat and asked Dan and Ian about their thoughts on blind tennis and how they found out it trained me.

“There have been so many rewarding things about the program, but I think the most rewarding part has to be that I bring my favorite sport to a group of people for whom it used to be an impossibility,” Dan said.

“Ness’ approach to training has been impressively consistent. She wants to be on a tennis court as often as possible and she is super keen to learn and improve.

“She (Ness) has really high expectations and may be a little too harsh on herself at times, considering she’s only played five months.”

I never think I’m too hard on myself, so I found this speculation amusing. I’ve always been overambitious about a mistake, but I think it’s a good trait to have because it means the bar is always set a little higher than I can reach, which motivates me to keep climbing.

“Ness continues to defy the limitations I have mentally placed on what should and should not be possible. Adding hearing loss to the challenge of blind tennis is something I still can not fully understand,” Ian said.

I can imagine that it must be scary for these coaches, who have only been used to teaching sighted players, to confront a whole new side of the sport.

I would like to use this platform to expand my sincere appreciation of Ian, Dan and the rest of the team who have had such a huge positive impact on my life in a remarkably short time.

And no doubt the lives of the other blind players.

Sometimes a simple thank you does not feel sufficient, and therefore I hope that by publicly acknowledging their willingness to make tennis inclusive and accessible, these few special individuals will take a second to be proud of what they do.

As for the future, I know that with COVID-19, it’s hard to plan ahead these days; nothing can really be set in stone because of the delicacy of the pandemic.

Alcott finally gets the gold From the start, Dylan Alcott was hard to ignore – but after two Paralympic careers, a number of major titles and now a Golden Slam, Greatest Showman has transformed wheelchair tennis, writes Andrew McGarry.

However, that does not stop me from dreaming of competing nationally and internationally in blind tennis.

The Paralympic Games are my main goal, but first I have to advocate that blind tennis become a parasport, because it is not at the moment.

In the meantime, I will just train six days a week and prepare my body and mind for whatever 2022 will throw me over. I am so thankful that I stumbled upon such a wonderful opportunity for self-exploration, it has been a trip like no other and I could not have foreseen how powerful it would be to hold a racket.

Maybe somewhere down the field, Novak will be brave enough to blindfold himself and see how well he can return my serves.

ABC collaborates with International Day of Persons with Disabilities to celebrate the 4.4 million Australians with disabilities.