Small piece of Toronto land listed for $ 50,000 may be the smallest sold in the last 20 years

Those who are priced out of Toronto’s hot real estate market may have a chance to buy a property after all – but you will actually not be able to live on it.

There are some cheap ads in the city, but usually the parking spaces are sold for over $ 100,000. It’s pretty hard to find something for sale in Toronto for under $ 100,000 – a piece of land with an unpaved driveway and shed costs $ 3 million.

But in what may be the smallest piece of land on the Toronto market, a property less than a foot wide is listed for sale for just under $ 50,000.

The plot of land at 1060 Danforth Avenue is close to shops and Donlands TTC station. It is sandwiched between a church and a pharmacy. The taxes are less than $ 70 a year.

While photos show a fenced-in patch of grass, most of that land belongs to the neighboring church, Anthony De Cesare of Royal Le Page Maximum Realty tells blogTO. 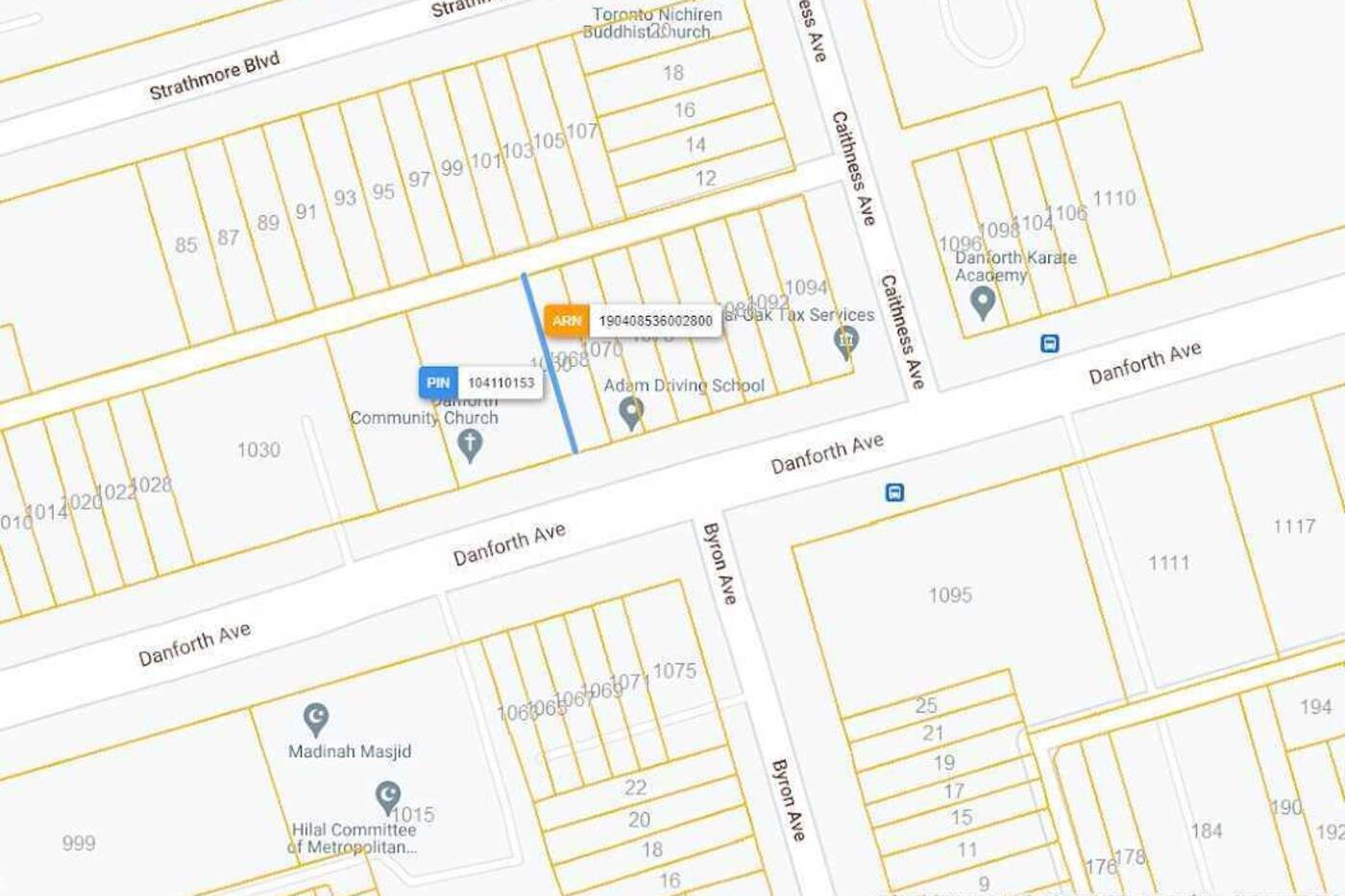 The blue line is the size of the property. Map via Realtor.ca

The property for sale measures 0.72 feet by 105 feet. There is not much you can do with the land – the current owner bought it as a way to enter the real estate market and grew sunflowers on it at one point.

De Cesare believes a developer can buy it in the future to add to either the pharmacy property or the church, and then of course, because it’s Toronto, turn it into condominiums.

“If the developer ever got there, he would have to buy the little piece, I mean they’re not going to pay a million for it, but it’s worth something.”

De Cesare says the citizen address, 1060 Danforth, has a good ring for an apartment development.

He has received many calls about the property since it came on the market about a week ago.

“They ask me what they can use it for.”

Someone wanted to buy it and put some kind of billboard on it, but the land is laid out for habitation. It could be a chance to have an address in the city.

“You could put a mailbox there,” De Cesare says. “You have a civil address here.”

Another idea would be storage of bicycles. So far, the bids for the land are well below $ 50,000.

The reason why such a small piece of land came on the market at all is a bit convoluted. It was basically a bit of land that was transferred through a will, according to the Globe and Mail. In 1977, it was sold to a friend for $ 2, but the owner came in arrears of property taxes. It was auctioned off by the city in 2013 for $ 5,065 to the current owner.

De Cesare could not find any smaller properties for sale in the last 20 years.

“The smallest pieces I could find are as if people have sold plots where there is a driveway and a small garage …” he says. “I have not found anything that was less than a foot wide that was sold in Toronto in the last 20 years. I checked.”

If you work from home Monday and Friday, there’s a tawdry nickname for you