By Bhvishya Patel For Mailonline

This was the stomach-churning moment when a pair of adrenaline junkies ran up a 274-foot-tall skyscraper overlooking West Ham Stadium.

Combing drone footage shows the couple racing each other up the sloping roof of the Stratford One building in east London without the use of ropes or safety equipment.

The couple, who wished to remain anonymous, ran along the sloping roof before reaching the top of the skyscraper and looking down to the road below.

The duo, who planned the dangerous project over two days, said they decided on the Stratford One building, which is used as a student residence, after admiring its unique architecture when they scouted the area last month. 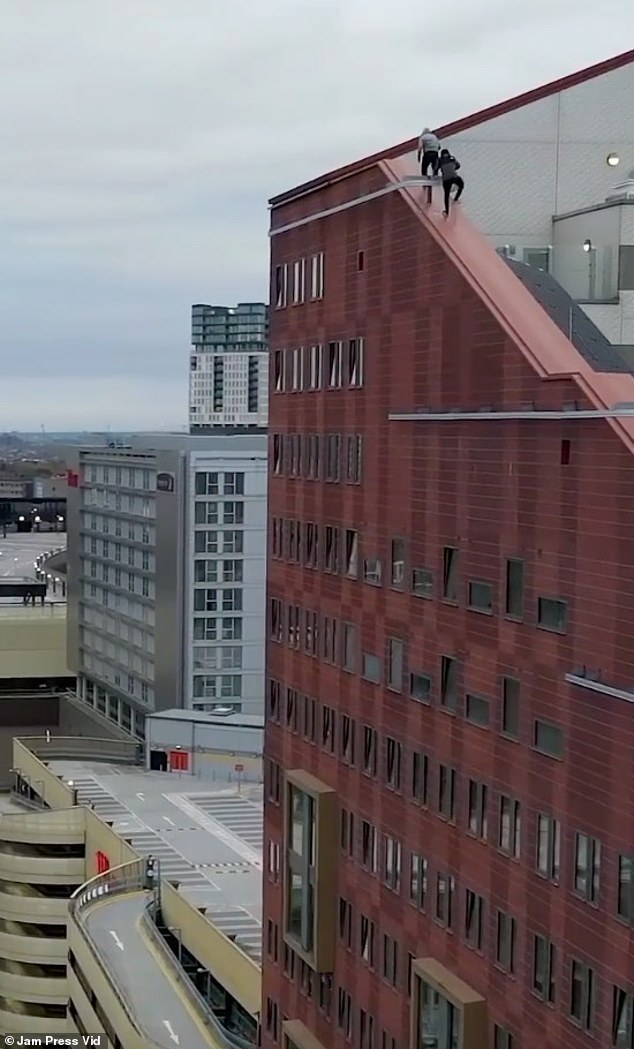 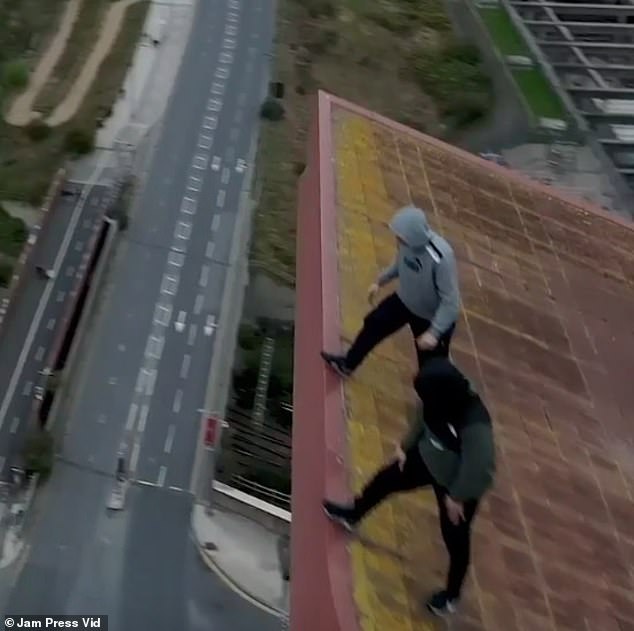 During the clip, which was filmed on November 15, the couple runs along a narrow section of the sloping roof before jumping over a metal bar and turning a corner to reach the last piece.

As the couple rushes to the top of the building – which was nominated as one of Britain’s ugliest buildings in 2014 – dramatic views of Queen Elizabeth Olympic Park can be seen in the background.

The duo then place their feet on the edge of the building and look out towards the city skyline.

One of the climbers said, ‘The side of the building where we ran up was slippery, but when we reached the last piece, it was fine, nothing was too shady.’ 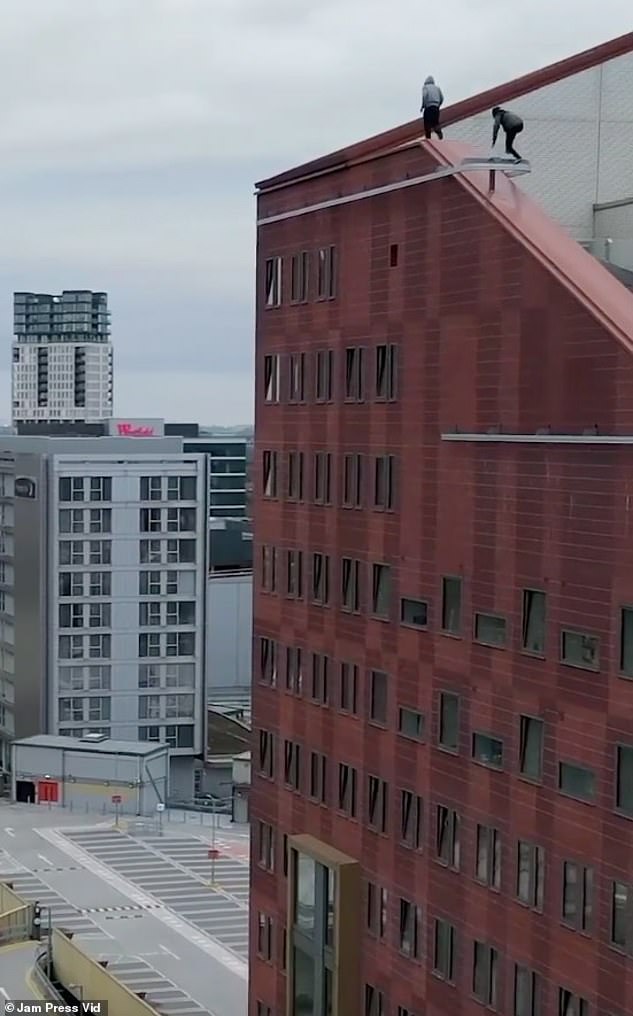 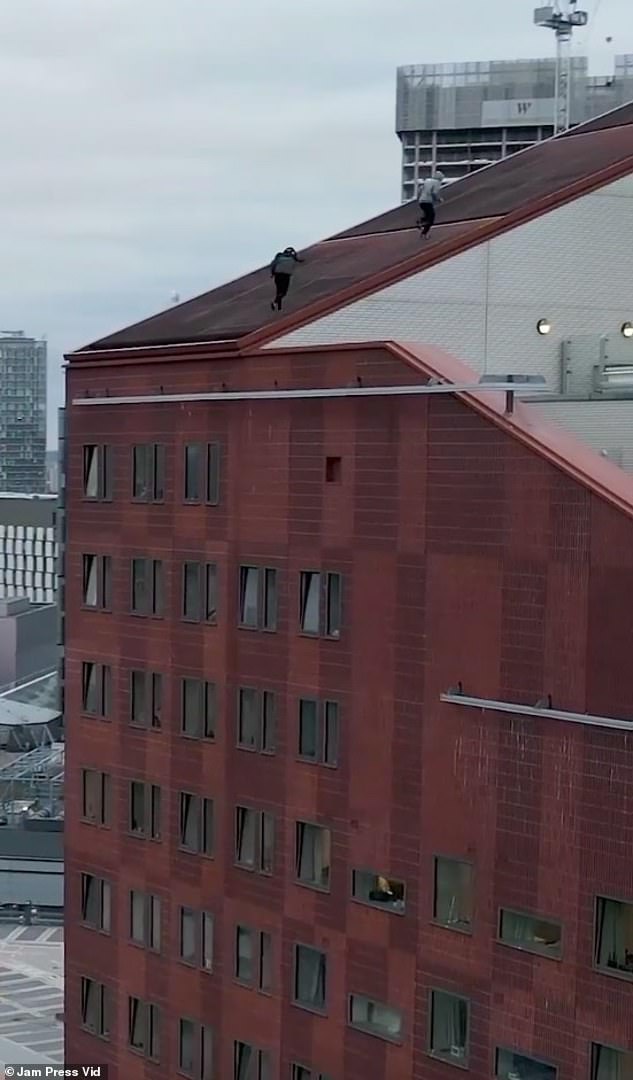 As the couple begins to reach the top of the building, dramatic views of Queen Elizabeth Olympic Park can be seen in the background 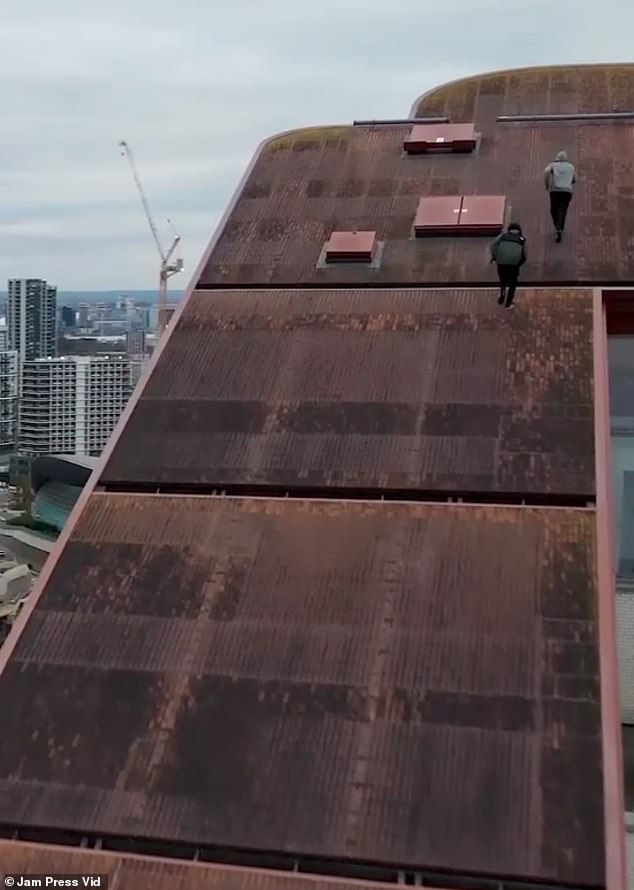 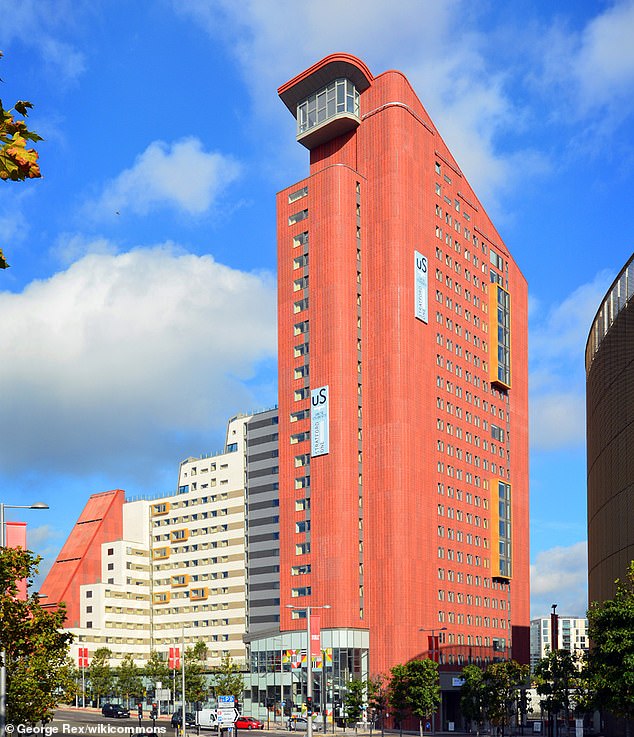 The anonymous climber added: ‘It took us a while to get into the building, but as soon as we got in, we started the ascent.

‘I was not scared at all. It felt good to be up on a new roof and we also had new prospects. We had West Ham Stadium as a view. ‘

After the stunt, viewers took to social media to share their thoughts, where one said the scenes reminded them of a “good movie trailer.”

One user wrote: ‘It’s so beautiful to see. Reminds me of a great movie trailer. ‘

While another commented: ‘Truly majestic! Miss being there. ‘

Another person added: “So hard.”

The video, which was shared to Instagram, has left social media users on the edge of their seats