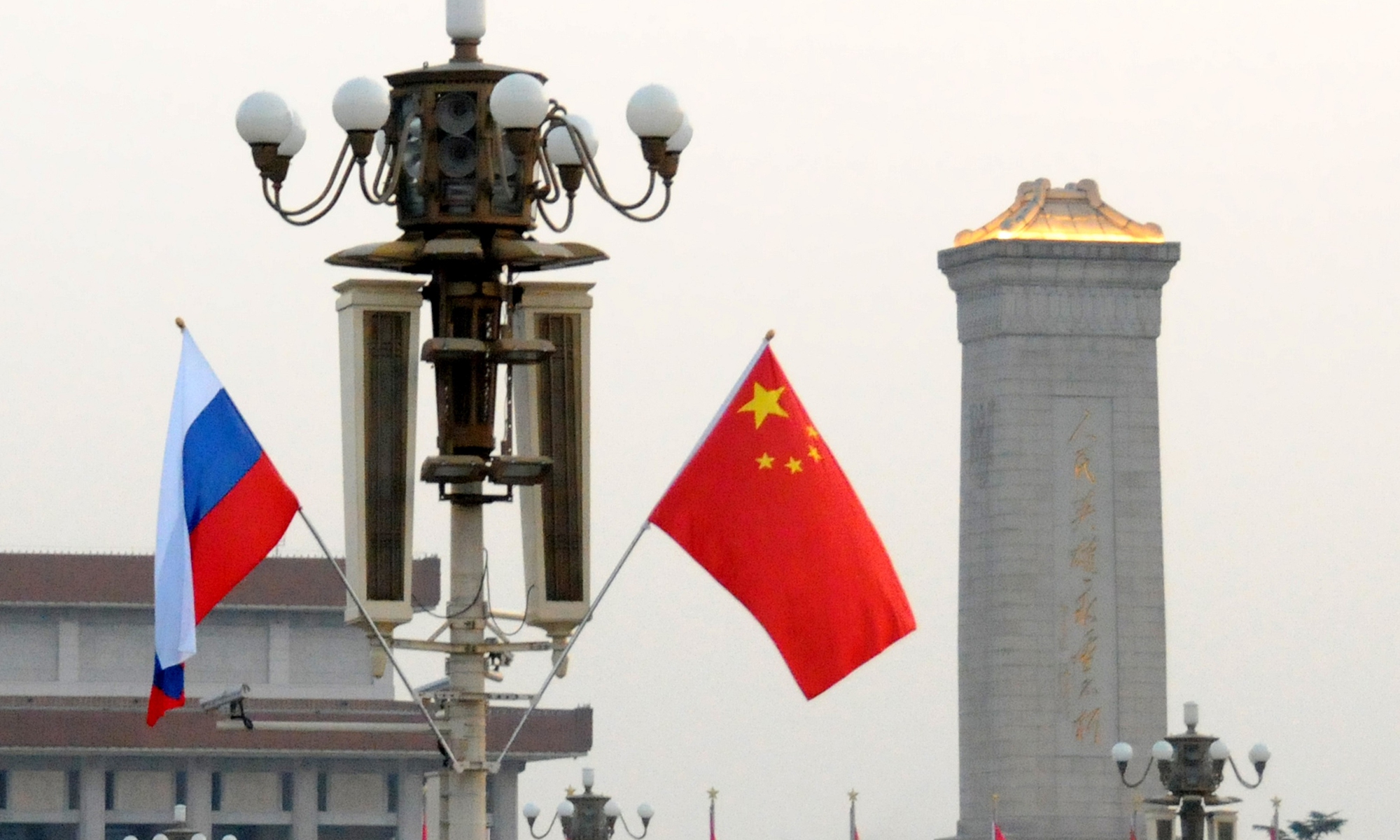 China and Russia will sign a new space cooperation program for 2023-2027 next year, which will include a plan to create an open and inclusive International Lunar Research Station (ILRS) by 2035, Russia’s national space agency Roscosmos told the Global Times in an exclusive interview.

The new program will also include plans to support the development of the Earth segment of the two countries’ national satellite systems, Russia’s GLONASS and China’s BeiDou Navigation Satellite System (BDS) to be installed next year, as well as a number of exciting projects Roscosmos and China National Space The Agency (CNSA) will continue to work in the coming decades as the two countries join forces to reach new heights in space exploration.

In contrast to the US lunar exploration project known as the “Artemis Agreement”, which experts believe reveals its “exclusive nature to emulate a space-based NATO”, the partnership between China and Russia emphasizes bringing progress for all with the vision of building a community with a common future of humanity.

Creating moon record for everyone

As the largest current collaborative project between the two “long-term and reliable partners” in space, ILRS will build a station on the lunar surface in 2035, while experimental and research facilities for a wide range of scientific work will operate in the lunar orbit, it said. Russian National Space Agency’s press service in a statement in response to Global Times inquiries.

Roscosmos revealed to the Global Times that it is assumed that ILRS will include a ground-to-moon flight system, an additional long-term operating system on the lunar surface, a lunar surface travel and operation system and automatic facilities with complexes of scientific instruments.

The cooperation between Beijing and Moscow in the project will include strategy development and coordination related to lunar exploration and use, identification of areas for cooperation and planning and cooperation on launching components of ILRS, joint operation, control, including ground station support, and other activities, as well as joint conceptual and preliminary design, modeling and validation of ILRS and its components.

China and Russia are working on a draft legally binding intergovernmental agreement on the project, which is due to be signed in 2022, Roscosmos said.

Song Zhongping, a space analyst and television commentator, told the Global Times on Wednesday that the comprehensive cooperation plans that China and Russia are developing indicate a high level of political mutual trust, as well as mutual trust in science and technology. This kind of collaboration will not only benefit them both, but bring greater help to enrich humanity’s understanding of the vast universe.

In March this year, approved by the two governments, the two leaders of the CNSA and Roscosmos signed a Memorandum of Understanding (MOU) on the joint construction of an international lunar research station via video link, which emphasized the principles of joint consultation, construction and sharing, to promote cooperation on the building of the International Research Station on the Moon.

Following that, China and Russia issued a joint statement on the creation of ILRS in April amid the national celebration of Space Day of China 2021, stressing that the project is open to all international partners interested in cooperation.

Wu Yanhua, deputy director of the CNSA, recently revealed to the media that state authorities have approved the fourth phase of China’s lunar missions, which will include new Chang’e-6, 7 and 8 missions, which are expected to be carried out in the next decade.

And Chang’e-8, the last piece of the fourth phase, will construct a primary form of ILRS.

Wu said that although China will lead these three lunar missions, Russia’s cooperation in the joint creation of ILRS can be expected in the process, and we will join hands to explore the lunar environment and resources in the quest to find out how to use the moon peacefully. . resources to lay a solid foundation for the future.

Wu stressed that openness and inclusiveness are the key to moving forward to the center of the space scene, and China has signed about 160 cooperation agreements with nearly 60 countries and international organizations worldwide.

In addition to its collaboration with the upcoming Chang’e lunar exploration series, Roscosmos said they have begun implementing agreements between authorities with CNSA in the coordination of the Russian Luna-Resurs-1 (OA) orbital spacecraft and the Chinese Chang’e -7 mission, as well as on collaboration on the creation of a joint Lunar and Deep Space Exploration Data Center, which was signed on September 17, 2019.

“A special feature of this project is the openness to participation from other international partners,” Roscosmos said.

Danil Bochkov, an expert on Russia’s Council on International Affairs, told the Global Times that Moscow “expects space research initiatives to be more open and cooperative and not facilitate ‘NATO-in-space’ policy projects.”

“It is exemplified by such unique bilateral cooperation initiatives as the International Lunar Research Station, which also comes with foreign policy implications. Russia – although invited by the United States to participate – has criticized similar lunar research project by NASA, blaming the” Artemis “project. for its exclusive nature by imitating a space-based NATO, “Bochkov noted.

“Although cooperation between Russia and the United States in the space sector is still being carried out, the United States has suppressed Russia’s space power,” Song Zhongping noted. “It’s more about getting what they want from each other, which in reality is not cooperation in the real sense, just mutual suspicion.”

“On the other hand, what China and Russia are working on reflects the common needs of players around the world, with the vision of building a society with a common future for humanity,” Song said.

The Russian-Chinese space cooperation program 2018-2022 ends next year, Roscosmos said, adding that the program has proven to be an effective tool for stimulating bilateral cooperation at the industrial level.

The Global Times learned that CNSA is developing a list of mutually beneficial projects with Roscosmos, which will be included in the new collaboration program for 2023-2027.

In addition, work is underway to develop Russian-Chinese cooperation in the field of satellite navigation, in particular to ensure the compatibility and complementarity of the GLONASS and BeiDou (BDS) navigation systems.

On November 29, 2021, the Russian-Chinese Roadmap for Satellite Navigation Cooperation for 2021-2025 was signed, which includes plans for the integrated and innovative development of GLONASS and BDS.

Specifically, there are plans to support the development of the terrestrial segment of national satellite systems. In that regard, both sides have identified locations of mutual grounding stations for GLONASS and BDS to be installed in 2022, Roscosmos said.