A rather stupid oversight from ASUS could cause people’s $ 599.99 ROG Maximus Z690 Hero DDR5 motherboard to burn up, according to an analysis by Buildzoid, which runs the YouTube channel ‘Actually Hardcore Overclocking’.

For about a week or so now, there have been reports online (via Wccftech) about the ROG Maximus Z690 Hero burning or burning up, and the main cause of the problem seems to be from an incorrectly installed motherboard capacitor from ASUS.

Buildzoid discovered that the burned metal oxide semiconductor field effect transistors (MOSFETs) in the defective boards all showed one thing in common. The capacitor was inverted, which probably caused polarity reversal and capacitor failure due to malfunction.

The plates with the ruptured capacitor appear to have the capacitor placed upside down, as can be seen in the picture below: 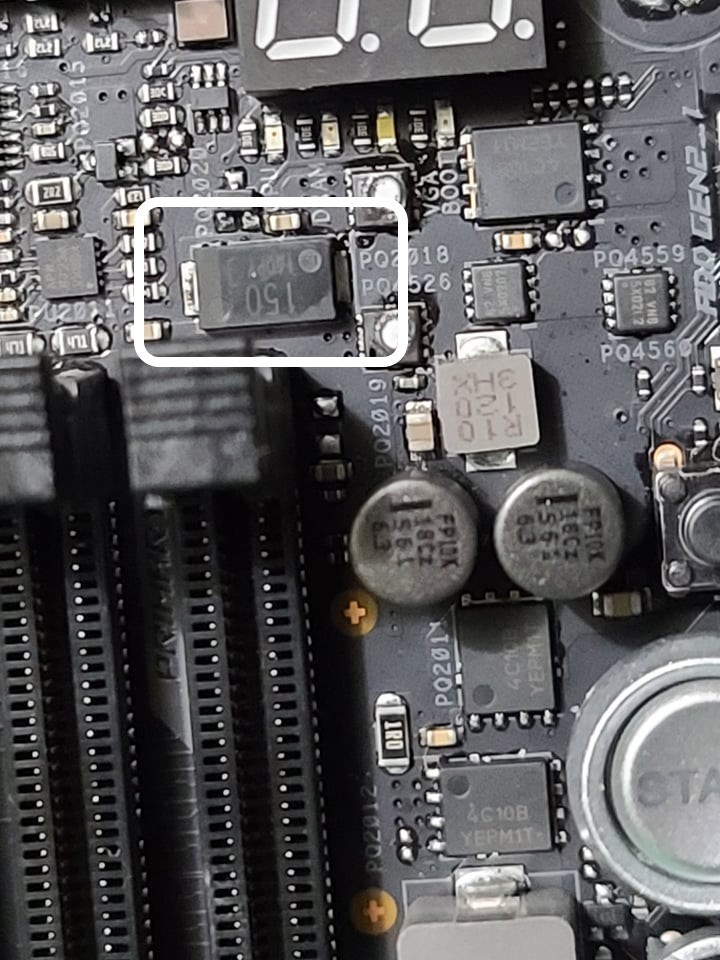 Meanwhile, a properly oriented capacitor should look like this instead:

If you are one of the luckier ones whose defective motherboards did not break into fire or something, then you may also face another problem. The DDR5 DRAM you have installed cannot be detected on such a card, resulting in error QCODE 53, which is a memory detection error.

This is probably because the burned MOSFETs disconnect the 5V supply going to the memory voltage regulator module (VRM), causing it to shut down.

Therefore, if you are a ROG Maximus Z690 Hero owner, you should probably check the capacitor to see if it is seated correctly and if not, contact ASUS support for guidance on the matter.