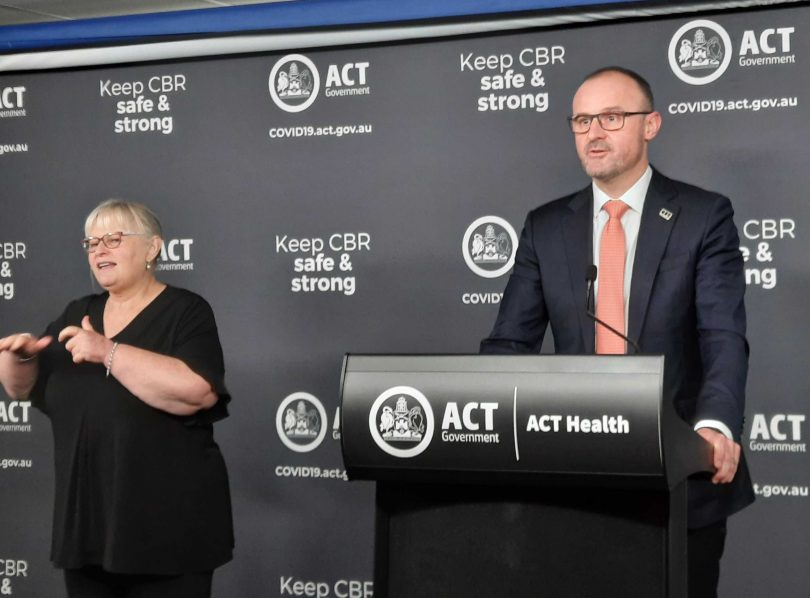 When you think about what kind of year the ACT government has had, it’s the inevitable picture of Prime Minister Andrew Barr fronting the cameras for yet another COVID update, especially when he announces ACT’s first lockdown death.

Sir. Barr strengthened his reputation as a stable, measured, and empathetic leader who, along with Chief Health Officer Dr. Kerryn Coleman did her best to protect Canberra from the virus and get the world’s best vaccination rates.

He handled the daily grill with patience and humor and gave long answers, though he often had to repeat himself as new journalists switched through.

He was provoked to anger when people like Sky News came in to throw a few hand grenades at him, but the real chill would come when his answer shrank to an icy yes / no.

Across his short and articulate, Mr Barr was able to hold his stand in the National Cabinet, advocate for Canberra and maintain the public health line amid Commonwealth-Labor state warfare that would regularly erupt.

He delivered two budgets designed to keep the Canberra economy ticking over, and, what is important to his government, he was often scolded for not being able to deliver on major projects. to activate light rail stage 2 to Commonwealth Park.

All three will play a crucial role in the government’s re-election options in 2024 against what looks like a revitalized Canberra Liberal team, just as the new CIT in Woden, which many in the community believe is in the wrong place. Minister of Transport and Urban Services, Chris Steel, facilitated the exchange and CIT through the community consultation and would now like to deliver.

He will also have a number of other infrastructure works throughout the city in bed. 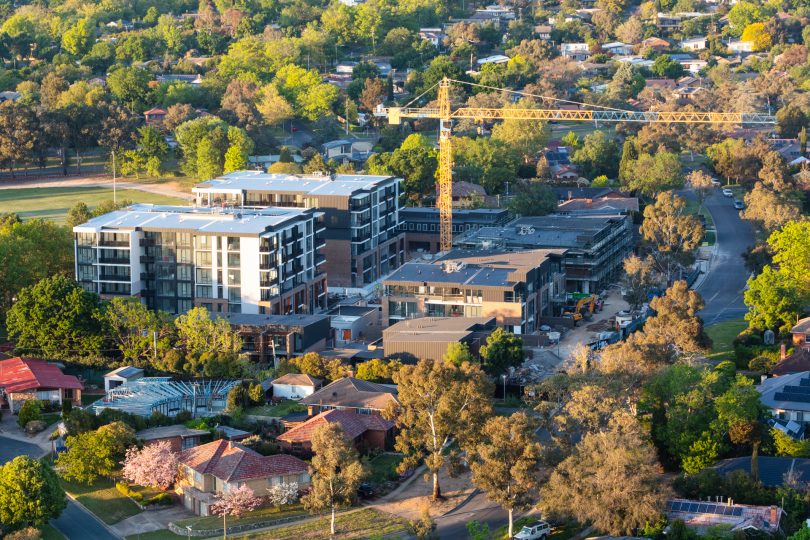 Housing, planning and development will be vulnerable areas for the government. Photo: Thomas Lucraft.

The relentless COVID coverage has steeled her. According to most data, she is now the government’s best performer after Mr Barr, which is a good thing because ACT’s hospital performance remains the worst in the country.

Despite runaway house prices, an insatiable demand for real estate and a tight rental market that is a barrier to new workers and a path for ACT’s low-income residents, Mr Barr and his ministers kept pace with the government’s current policies.

The only concession, other than COVID-related measures, was to explore ways to encourage build-to-rent opportunities in ACT.

Housing and planning will continue to be controversial for the government, with probably its weakest link, Mick Gentleman, responsible for correcting Canberra’s broken planning system and rolling out proposed legislative changes.

It will have to deal with a deep sense of mistrust in society about what kind of new planning system will emerge, even though no one should think that there is a uniform view of the direction of development in Canberra.

The latest NAPLAN results also pose problems for the government, confirming a trend towards slippery performance in public schools, something Education Minister Yvette Berry refuses to accept – at least publicly.

The opposition actually produced a political document on this that makes a lot of sense to parents who are wondering why their children are not achieving as they should.

Across these portfolio areas, the government will have to be vigilant because the Liberals lift their stakes to offer sober criticism and real policy alternatives and will continue to examine housing, planning and development where they sense the government has lost. is out of contact with young families.

It cannot be forgotten that the Greens have three ministers in the government and through the parliamentary agreement have had a great influence on climate change and environmental policy in particular.

But they have also had to dampen their ambitions and fall in line as part of being inside the tent.

The two new ministers – Rebecca Vassarotti and Emma Davidson – have had an understandably cautious start, but it must be remembered that the way Mr Barr designed the ministry held much of the real power in Labor hands.

Both will feel increased expectations from their constituency as the pressure builds on touchstone issues such as housing and welfare.

The leader of the Greens, Shane Rattenbury, is another anchor for the government, though he must have been happy to unload the basket, which are corrections to Mr gentleman.

Rattenbury believes that the increased group of Greens has brought a greater collaborative approach to the assembly, which has changed the equation for the better. His pragmatic shape is a template for successful socially progressive politicians.

The challenge for the Greens is how they can differentiate while in government, especially at the end of the year when we move into the second half of the election cycle.

The new year starts like the old one, in the shadow of COVID, but this time the expectation is with a close to fully vaccinated population and boosters, the government can hopefully avoid measures that will hurt a booming economy.

It will be hoped that Omicron is actually a variant with minor strokes and points to a declining virus.