An arrest warrant has been issued for all of Canada for the arrest of a 45-year-old woman from Nanaimo.

Courtenay Cross is wanted, once again after being rented out on statutory release after a 27-month jail term for trafficking under the Controlled Substances and Substances Act.

According to the Nanaimo RCMP, Cross had been approved to live in a residence in Nanaimo, but only five days after her release, she left the home.

As a result, a Canada-wide arrest warrant has been issued for her arrest to violate the terms of her approved statutory release.

Offenders on statutory release are monitored in the community by the Correctional Service Canada (CSC) probation officers and will be returned to jail if they are deemed to pose an unnecessary risk to the public under the Corrections and Conditional Release Act.

Anyone with information on the location of Courtenay Cross is asked to call the Nanaimo RCMP non-emergency number at 250-754-2345. 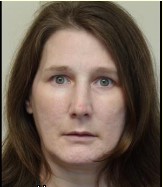