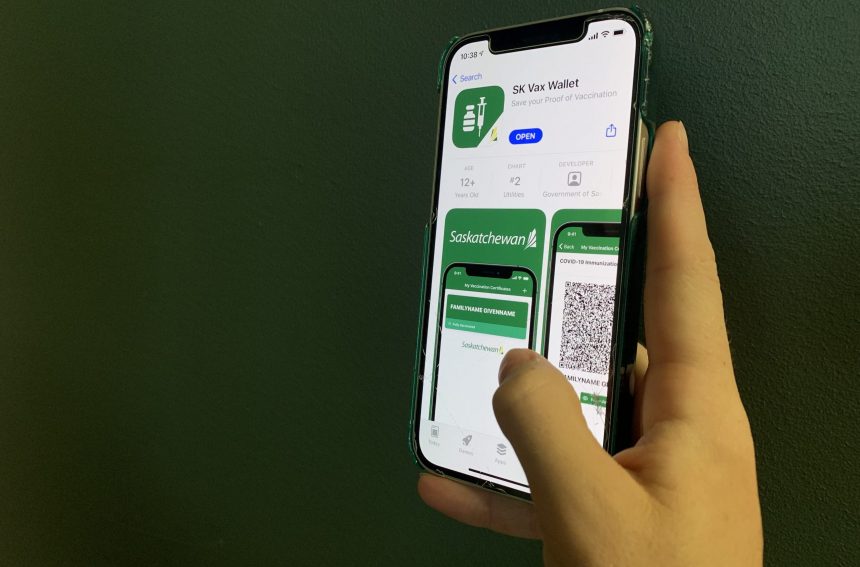 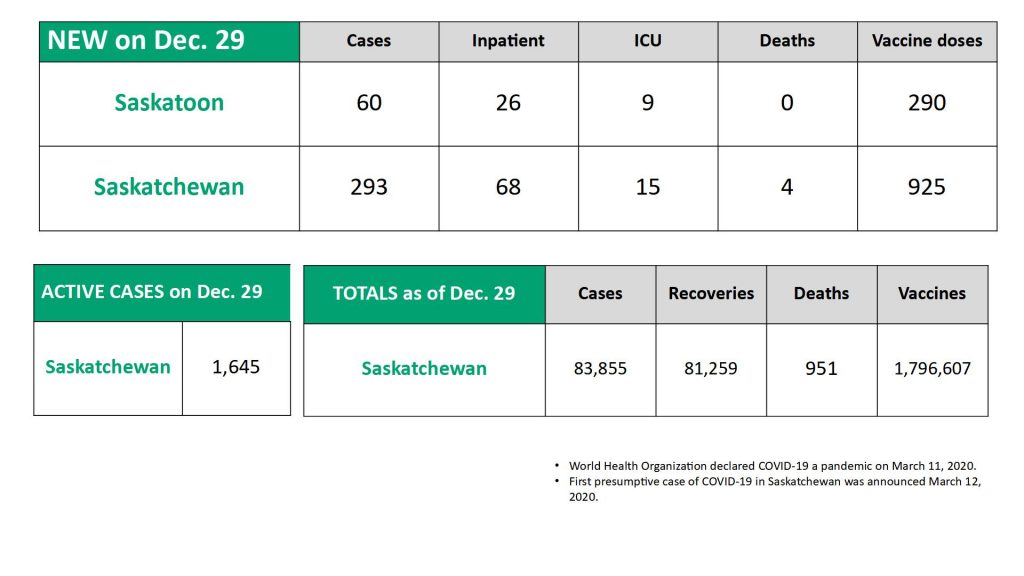 Saskatchewan has been reporting its highest daily number of new COVID-19 cases for more than two months.

The Ministry of Health’s update on Wednesday said there were 293 new cases, the most since 300 new cases were announced on October 22nd.

There were 132 more cases of the Omicron variant discovered in Saskatchewan, increasing the total number to date to 956 (66 confirmed, 890 probable).

A further four Saskatchewan residents have died as a result of COVID, increasing the province’s total to date to 951.

Among the most recently killed were three people in the age group of 60 to 79 and one from the age group of 80 and over. Three of the persons lived in the southeastern zone, and the fourth was from the central-eastern region.

A look at the numbers

Four people tested positive outside Saskatchewan were added to the province’s total, which now stands at 83,855.

The 76 reported recoveries increased the total number so far to 81,259.

There were 83 COVID patients in Saskatchewan hospitals, of whom 68 received hospitalization and 15 in intensive care. Hospital admissions rose by three from Tuesday’s report, but ICU cases fell by one.

The 925 vaccinations performed in the province in the most recent reporting period included 376 first shots and 549 second doses.

To date, nearly 1.8 million COVID vaccinations have been performed in Saskatchewan, including more than 855,000 secondary shots.