Paul Scholes’ pension regret: Man United legend reveals he would wish he would quit football after Sergio Aguero stole the Premier League for Man City in 2012 (although he won his last title a year later) … and he still can not see the goal back

By Nathan Salt For Mailonline

Paul Scholes regrets that he chose to continue playing for Manchester United this season after Sergio Aguero had crowned Manchester City as champions.

The Scholes were part of the United squad watching on the big screen at Sunderland as City scored twice in the final few minutes to defeat Queens Park Rangers 3-2, sealing their first Premier League title.

It’s one of the most iconic moments in the history of English football, but it’s still painful for Scholes and was not a moment he was eager to relive as part of BT Sports’ ‘What I Wore’ series. 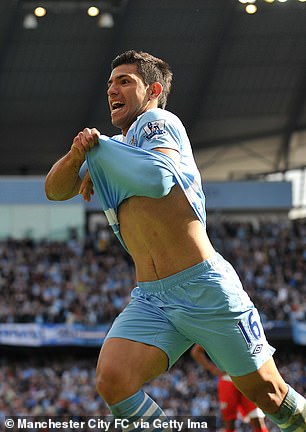 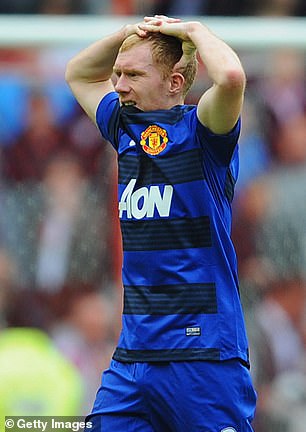 “We went to Sunderland on the road and thought the league was gone,” Scholes explains.

‘City had to beat QPR at home and that is not a problem it will happen. We came off the field and they are down 2-1 with two minutes left or something.

‘I can not believe you pulled (the Aguero shirt) out. I can not see it, can not listen to it … ‘

Asked if he would have hung up his boots if the result had been different and it had been United who celebrated another famous league title that year, he declined. 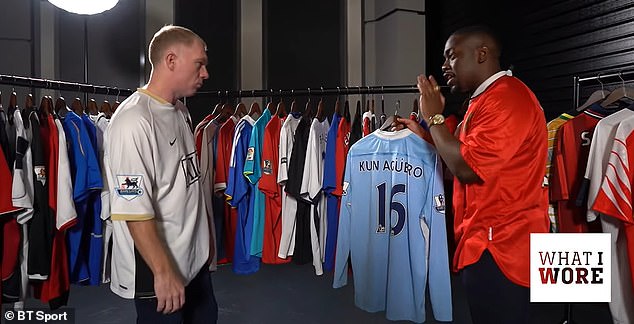 ‘I would have kept going,’ Scholes added, ‘but it was a mistake to continue. Definitely a mistake.

“I remember two or three games inside next season where I thought ‘what have I done?’

Scholes had retired a season before after winning the league title in 2010-11. His last match was to lose the Champions League final to Barcelona.

But after not starting training – ‘I did not really enjoy it then’ – he asked Sir Alex Ferguson if he could come back and he returned to City in January 2012. 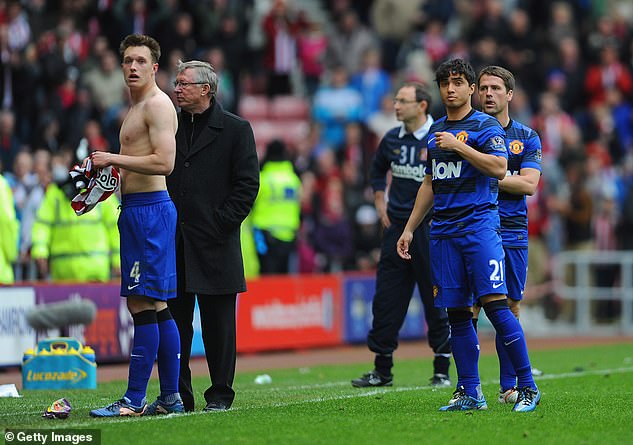 United’s players were in disbelief at the late turnaround, with City winning the league title

Scholes continued to ease the midfield crisis United were suffering at the time, and while City continued to win the league, he had a strong end to the season and chose to continue – something he now regrets, despite winning another league title. in 2012. -13 campaign.

Scholes became the latest former player to team up with BT to take a trip down memory lane via his old jerseys.

He reflected on getting through the youth team and doing his first jersey justice to show respect for people like Bryan Robson, his successes in Europe, why he did not feel part of winning the treble in 1999 after being suspended for the Champions League final and said he never liked the ‘material’ in the navy jersey he was wearing when he scored his memorable volley against Bradford City.

Additional episodes of What I Wore will be released over the coming weeks and will be available to watch on the BT Sport YouTube channel, Twitter, Facebook and at. BTSport.com/WhatIWore.