Paul Scholes was ‘WING’ over lifting the Champions League trophy in 1999 after being seen from the stands as the former Manchester United midfielder insists he ‘did not feel part’ of the success of winning the treble.

By Nathan Salt For Mailonline

Paul Scholes has described his embarrassment at celebrating Manchester United, who won the Champions League final in 1999, without having played any role in the match.

Scholes received a warning in the semi-final against Juventus for a challenge against Didier Deschamps, which ruled him out of the final against Bayern Munich due to an accumulation of yellow cards.

Along with Roy Keane, Scholes wore a club kit and had to watch from the stands at the Nou Camp before finally coming on the pitch to celebrate with teammates, a moment he has no fond memories of. 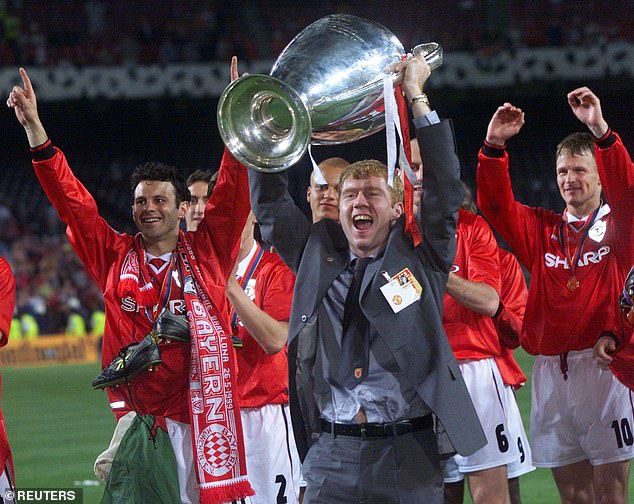 “You do not feel part of it,” Scholes said, as part of BT Sport‘s latest ‘What I Wore’ series.

‘Some people say it’s weird because you played part of the 15-16 games to get to where you are, but you’re in the stands and have no control over the game. There’s nothing you can do to influence that football game. ‘

He added: ‘We went on the pitch in the end, but you are embarrassed. It’s embarrassing, to be honest. ‘

Scholes, 47, still remembers the challenge he made in the Juventus match that cost him his shot at the ’99 final. 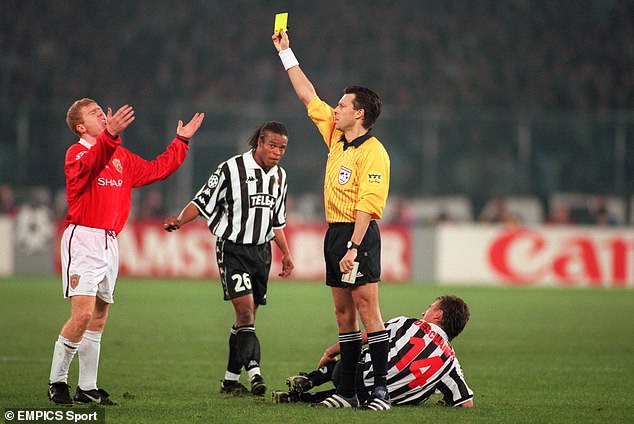 Scholes (left) has been booked for a foul on Didier Deschamps in the semi-finals, and has opened up about how ‘driven’ he was and why he never really felt part of the experience of winning a famous treble 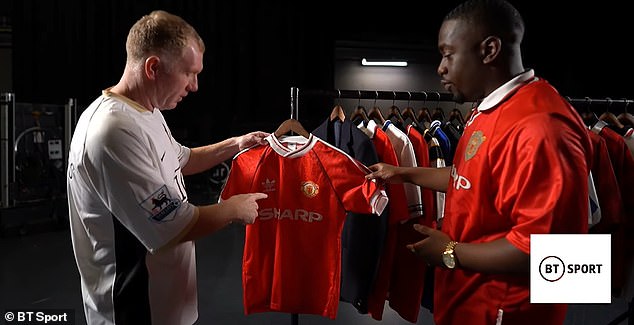 The former Manchester United midfielder can still remember the wave of disappointment when he immediately knew what the yellow card meant.

“It’s football,” he added. ‘Roy (Keane) was a big loss, but it’s football. It was not a bad tackle and I can hear Deschamps screaming now and trying to get me booked! They were smart, but it was my own fault.

‘You know it right away and you’re sorry, you’re sorry, of course you are, not to be part of the selection for the biggest game of our lives, but you’re moving on with it.’ 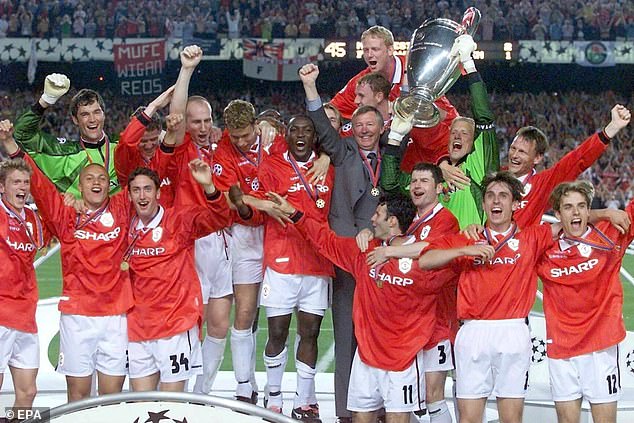 United won in the Moscow final against Chelsea, where they came through on penalty kicks.

But Scholes and his teammates ran into one of the best Barcelona teams ever, losing both finals to Pep Guardiola’s iconic side of Xavi, Andres Iniesta and others.

Scholes were used off the bench in both matches against the Spanish giants.

Additional episodes of What I Wore will be released over the coming weeks and will be available to watch on the BT Sport YouTube channel, Twitter, Facebook and at. BTSport.com/WhatIWore.