Pictured: The stunning £ 252 million superyacht designed to look like a ‘super-luxury skyscraper’ changing the skyline of every city it sails through

By Ailbhe Macmahon For Mailonline

What happens when you cross a superyacht and a skyscraper? You get ‘Malena’.

The striking £ 252million superyacht measures 360ft (110m) in length, 85ft (26m) from the waterline to the top of the mast, and has floors of balconies that resemble “much like those found in luxury apartments”.

Josh Rodriguez, who owns Rodriguez Design, the London-based company behind the concept, says: ‘With the side balcony system, we wanted to create the feeling of being on a super-luxury skyscraper. No matter where the yacht is at the quay or moored, the city will have a new addition to its skyline. ‘ 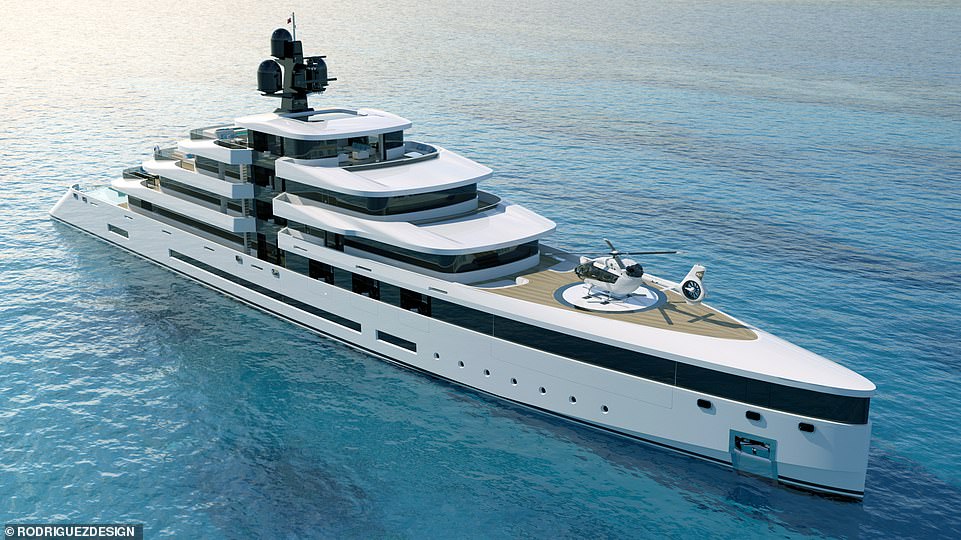 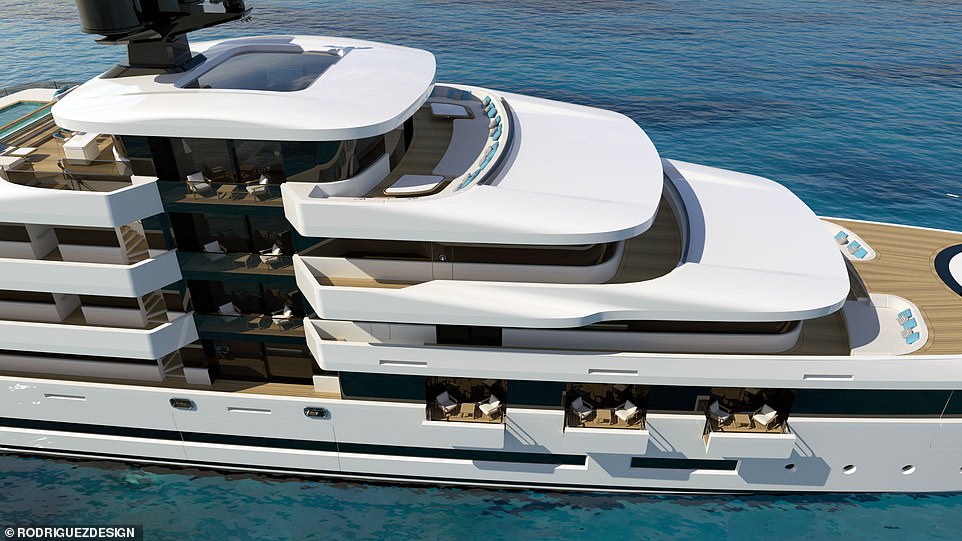 Rodriguez Design, based in Dubai and Spain, set out to ‘steer away from traditional yacht design’ by creating Malena.

How much will this stylish giant put you back? The price of the yacht will depend on the yard and finishing materials, but we are told that the yacht would cost an estimated € 250million (£ 210million) to € 300million (£ 252million).

The boat can accommodate 24 guests in 11 cabins, the layout includes six VIP cabins on the main deck, four double cabins on the lower deck and a condominium which has a hot tub and dining area.

One feature that will definitely strike is the ‘hydraulic swimming platform’ from which guests can jump into the water. 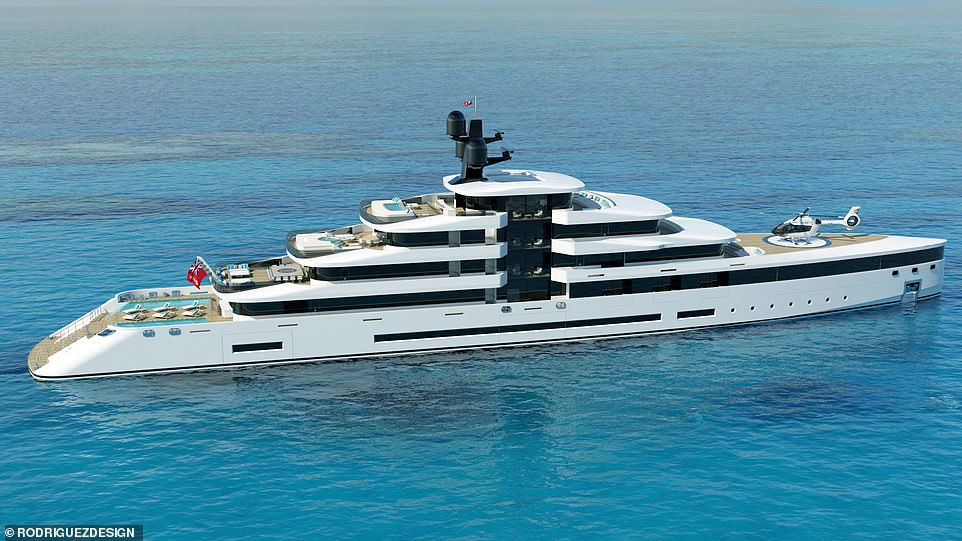 Rodriguez Design says: ‘With the side balcony system, we wanted to create the feeling of being on a super-luxury skyscraper’ 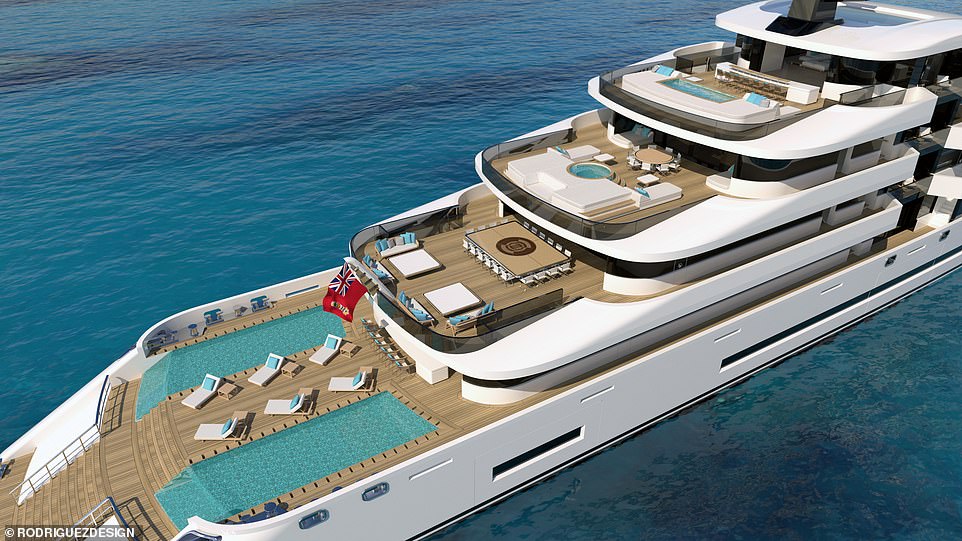 There will be two sets of ‘hidden stairs’ in the interior which lead to the ‘alfresco dining area’ on the upper deck with seating for up to 24 people. For further intrigue, a working compass will be ’embedded in the woodwork’ on the dining table.

The upper deck will also boast a lounge area and a helicopter seat, which can accommodate an Airbus ACH160 helicopter ‘or similar’. 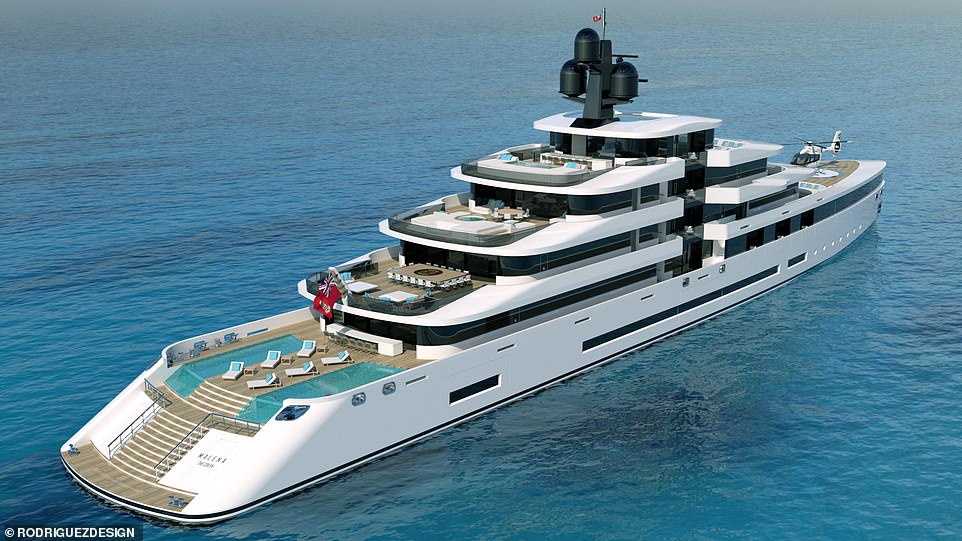 The boat will accommodate 24 guests in 11 cabins, with the decor including a condominium and six VIP cabins 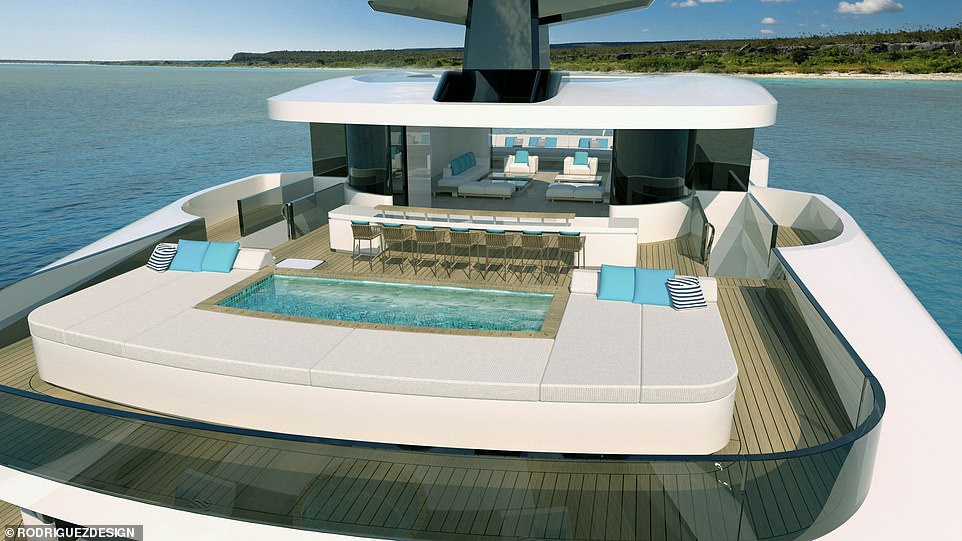 The sun deck, pictured, will have a hot tub and a bar for seven people. A statement describes this card as the ‘perfect scenario for a big party or any other social gathering’ 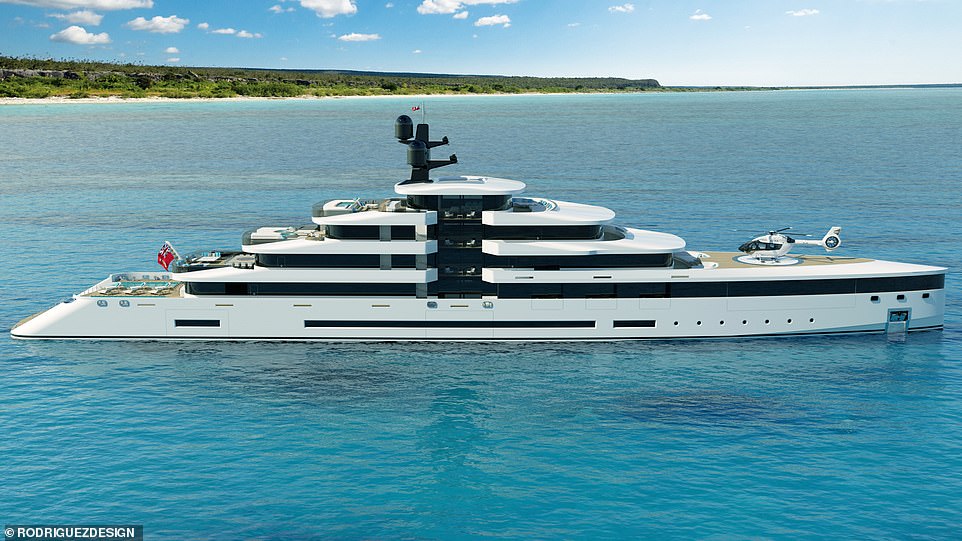 Finally, the sun deck – which Rodriguez Design says is also known as the ‘party deck’ – will include another hot tub and more seating as well as a bar.

A statement describes this card as the ‘perfect scenario for a big party or any other social gathering’.

Malena will be able to reach a maximum speed of 18 knots (20 mph) and will be powered by a diesel-electric hybrid system coupled with a gearless steerable propulsion system.

Rodriguez Design estimates that it will take between four and five years to build the boat. Although it is currently only a concept, the company confirmed that it is in negotiations with a shipyard and a customer about the design.