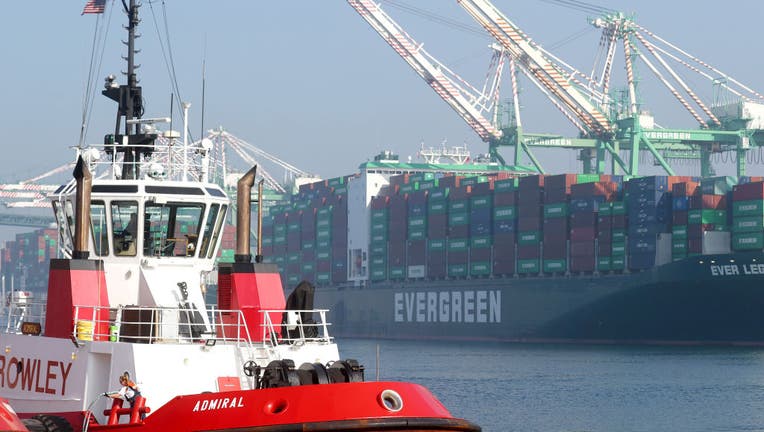 SAN PEDRO, CALIFORNIA – NOVEMBER 30: A tugboat is docked near a container ship in the Port of Los Angeles on November 30, 2021 in San Pedro, California. (Photo by Mario Tama / Getty Images)

ENGENE – The Port of Los Angeles announced Thursday that it would implement a fee on seagoing vessels with empty containers that stay for at least nine days at naval terminals.

The fee must be approved by the Los Angeles Harbor Commission and will take effect Jan. 30.

“Although we have seen significant success in reducing import containers on our docks over the past two months, too many empty containers are currently sitting at marine terminals,” said Port of Los Angeles CEO Gene Seroka. “Like the import duty, the aim of this empty container program is not to charge fees, but to free up valuable space on our docks, clear the way for more ships and improve liquidity.”

RELATED: The White House announces the plan to facilitate cargo backup in the Port of Los Angeles

The Los Angeles Harbor Commission will vote on the new policy on January 13th.

The ports of Los Angeles and Long Beach announced on October 25 a fee on lingering import containers. Implementation was delayed several times, most recently on Monday, due to progress in reducing the number of port containers at the terminal. On Monday, the ports reported a total drop of 41% in aging cargo at the port.

“As expected, progress has slowed due to year-end vacations,” the Port of LA said in a statement Monday.

Over the next week, port officials will monitor and re-evaluate the implementation of the import container fee.

The charges are just some of several measures aimed at speeding up the processing of goods in the San Pedro Port Complex to eliminate a backlog of ships trying to deliver goods. Port of Los Angeles officials said when the first policy was announced that about 40% of import containers were idling at the terminals for at least nine days.