NEW YORK – Christmas looked different for Star, Joey and their daughter, Aurora. In fact, everything was different this year.

Their Westerleigh apartment was destroyed in September when stormwater from Hurricane Ida penetrated it: 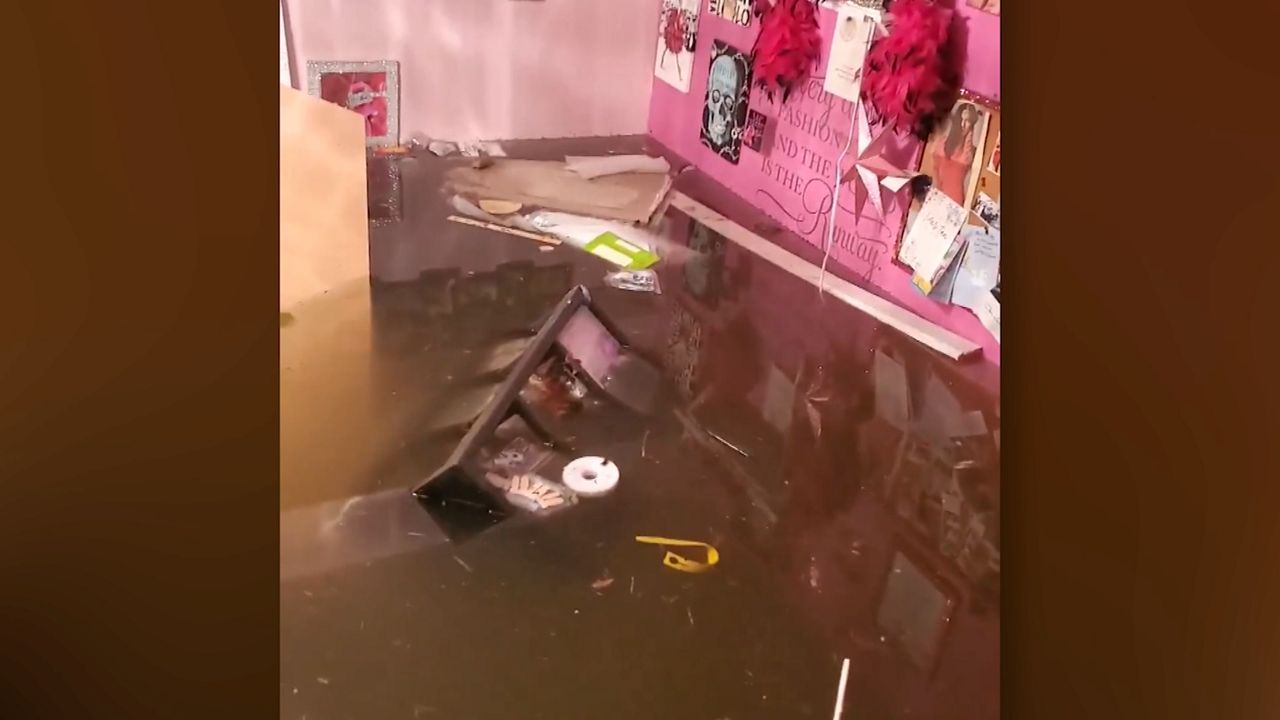 Some of the damage to Stars and Joey’s home on Staten Island when Hurricane Ida hit the city. NY1 / Victoria Manna.

Joey was only a week out of a knee replacement operation when he was put on probation.

He was able to get out of the basement, but the family’s irreplaceable belongings did not.

“We have all these home videos of me as a kid during my birthdays and Christmases and everything, and they’re all gone, and I really want her to have them,” Star said. “I kept my wedding dress down here. I take my wedding dress on every year for our anniversary. One of the first things I thought was, ‘My dress is down here.'”

Joey’s family owns the house. The couple turned the basement into an apartment when they got married. After the storm, they spent two months in a hotel. Now they live crammed together on the top floor of their house.

Like many, they said they did not know they needed extra flood insurance. They received some assistance from FEMA, but it does not cover enough to carry out all the repairs.

So far, they have a hot water tank and insulation in some of the walls thanks to volunteers and grassroots organizations that are part of the Staten Island Long Term Recovery group. Finding the resources to continue helping the family is a challenge.

“Sandy, you had grants available, you had companies that were willing to step in and fund various projects,” said Michael Trollo, field manager for the Staten Island Long Term Recovery Group. “We had local and national volunteer groups available. For various reasons, much of it has to do with COVID, most of the grant money and most of the money that would have been spent on something like that was spent on COVID. ”

Star said she “can not bear to go into such crazy debt, more than we were already in.”

“As we already have to rebuild furniture to live as we used to, and what if it happens again tomorrow?” asked Star. “It’s not even like this was an act of nature. It was the fact that the city’s sewer system could not hold that much water.”

Star said she packs toys donated by friends to try to give her 2-year-old daughter a memorable Christmas, but they said the new year holds new challenges and many unknowns.