Households facing a “cost-of-living disaster”, including sky-high gas and electricity taxes, could still be spared a £ 100 charge on their bills in April, which was intended to get the money back to cover the failures of recent energy companies.

Ofgem, the energy regulator, seeks to spread the cost of the failed suppliers over time, according to people who are aware of the situation.

Prime Minister Boris Johnson and senior ministers will also consider the issue of a much broader package of aid to households facing a massive squeeze in 2022, according to government officials. A large part of the pain should come in April.

Ofgem announced last week that they would give £ 1.8 billion. in compensation to suppliers who received customers from failed rivals to help them absorb the extra expenses.

Analysts have predicted that annual bills could rise to £ 2,000 from April, when the energy price cap is next adjusted by Ofgem. The ceiling has been set at £ 1,277 per household since October, based on average consumption.

Ofgem said Wednesday that they had “worked to find a solution with industry and government to spread any costs to household bills so that this reduces the impact on consumers from April 2022”.

Business Secretary Kwasi Kwarteng has vowed to continue talks with industry and Ofgem – to find ways to ease pressure on businesses and consumers – following a virtual summit on Monday.

Energy executives have pushed for various solutions, including a 5 percent reduction in the VAT rate on bills and help for the most vulnerable households. Another proposal is a form of price stabilization mechanism to offset the increases in wholesale gas prices.

“The rate of change in wholesale energy prices is the problem,” said a person familiar with the talks. “There is a growing recognition that there needs to be a smoothing out of the massive increases we have seen over the last four months.”

Households are already facing rising inflation and interest rates and falling real wages, but in April they will be hit by a rise in social security and a sharp rise in the energy bill.

Government officials said No. 10 and the Treasury Department would consider how to respond to the looming political danger when Johnson and senior ministers meet again after the New Year break. One said, “This is something that affects all parts of the government.”

Chancellor Rishi Sunak wants to curb spending so he can start lowering taxes before the election from their highest overall level since 1950; instead, he is under enormous pressure to offer new financial aid to families.

Some of the pain comes from Sunak himself; Income tax deductions and thresholds will be frozen in cash, and the National Insurance rate will increase by 1.25 percentage points for employees and employers, increasing the tax burden on income by 2.5 percentage points. 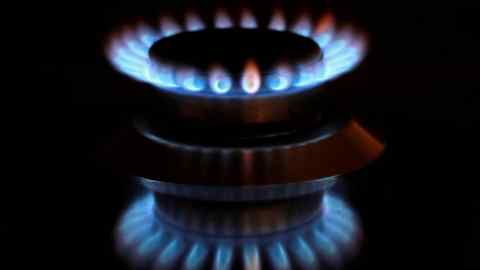 With official figures showing that ordinary wages rose 4.2 per cent in the year to October, earnings growth fell below consumer price inflation, which rose to 5.1 per cent in November.

The Bank of England expects annual inflation to rise to 6 per cent in April, although many economists believe it will peak at a higher level due to the sharp rise in the energy bill in the same month.

With inflation at that level, real wages are likely to fall, and even the large 6.6 per cent rise in the minimum wage from £ 8.91 to £ 9.50 in April is unlikely to be greater than the amount needed to compensate for price increases.

Pensioners’ national pensions will only increase in line with CPI inflation from September – 3.1 percent, which will cause their incomes to fall in real terms, at least until they are upgraded again in 2023.

Energy is the world’s indispensable business and Energy Source is its newsletter. Every Tuesday and Thursday, directly to your inbox, Energy Source brings you important news, forward-looking analytics, and insider intelligence. Sign up here.