After a week of sub-zero Arctic outflow temperatures in Metro Vancouver, people have now been seen skating on frozen ponds and lakes.

But not all ice surfaces are the same. The Vancouver Park Board warns everyone not to walk on the ice or let their pets walk on the ice at any water area in the city, including Trout Lake, Lost Lagoon and Jericho Ponds.

The city of Coquitlam has issued a bulletin urging the public to stay away from the ice, as ice stability can be “very misleading, with conditions affected by shade from trees, turbidity in water and currents.” This includes a ban on ice skating on Lake Como and Lake Lafarge.

Similar warnings have been issued by the city of Port Coquitlam, which says “it is difficult to determine how thick the ice actually is. The thickness of the ice may also be uneven, with some areas being thinner than others.” Port Coquitlam states it has put up signs at Blackburn Lagoon and Settlers Park reminding the public to stay away from the ice.

But the warnings have not stopped some people from skating by the pond at Vanier Park / Hadden Park in Kitsilano, where a full-on hockey match was seen yesterday.

The park board says some of the outer edges of the lakes and ponds within its jurisdiction may be thick enough, but it is not at all safe to be on the ice.

Quite a breathtaking scene near Hadden Park. A rare outdoor hockey tournament in Vancouver. Made me feel Canadian again. pic.twitter.com/WiACS8WlOK

Lots of activity on Lake Como today! Far more than yesterday, probably since warmer. City have put up signs that everyone ignores. Have been so cold can see it is a problem. pic.twitter.com/UZmuaOIiQU

A rare opportunity to go out on the local Lake Como with my daughter and dog, Stella. pic.twitter.com/jmVwke1d4X

Ponds and lakes in the urban areas of Metro Vancouver rarely see ice build-up to a thickness that can carry any weight.

The Danish Park Agency has previously stated that an ice thickness of at least five inches is required for a safe skating surface. The last time this happened was in January 2017, when the Vancouverites enjoyed 10 days of outdoor skating on Trout Lake – the first time it happened in 20 years back then. Based on daily exercises to determine ice conditions, the ice reached a maximum thickness of eight inches.

In 2017, Trout Lake was open for safe skating from January 5 to 16, with the exception of a brief two-day closure from January 9 to 10, when temperatures were briefly warmed.

However, ice surfaces at higher altitudes could be safer for ice skating at this time, such as at Rice Lake in the North Vancouver District, where dozens of people have been seen ice skating earlier in the week.

Ice conditions are likely to worsen over the next few days from the start of a warming trend.

According to Environment Canada, temperatures on Friday will reach a high during the day of -3 ° C and a low of -7 ° C, with more snowfall from Thursday evening and all Saturday. Temperatures will hover at freezing point on Saturday before warming to a daytime high of 5 ° C with precipitation on Sunday. At the beginning of next week, daytime temperatures will be just above freezing, with a continued chance of snowfall.

Hi, it could be a good time to put thin ice signs out on the trout lake! 🤦 cc: @CityofVancouver #vancouver # trout lake #thin
@ TriciaBarker49 pic.twitter.com/3AFCQQaqTp

Loved watching all the ice skating on a frozen Lake Como! pic.twitter.com/4Aq09IIWMn

This is Lake Como in central Coquitlam. Not often does it freeze hard enough to go out safely. Also took a video. 1/2 pic.twitter.com/OZ2qZg0WYf

Wow. 2021 just keeps getting weirder. Lake Como in #Coquitlam had lots of people walking or playing hockey ON it. Rare in #MetroVancouver. I saw a place on the east coastline that was not completely frozen. 😳 And no I did not venture out into it. pic.twitter.com/aPajrpvB7r

Playing hockey on a frozen lake is what it’s all about. 🏒

Shoutout to my buddy Navin, who put this video together at Rice Lake in #NorthVancouver 🏔 pic.twitter.com/teoUOG3QeM 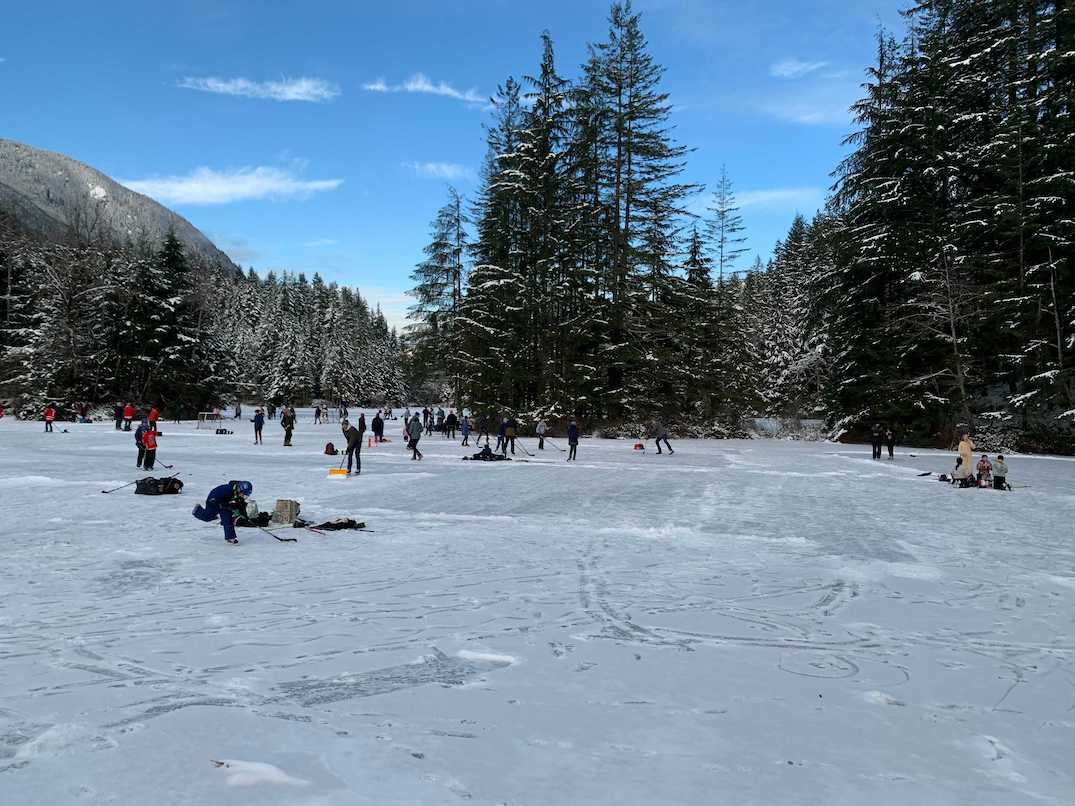 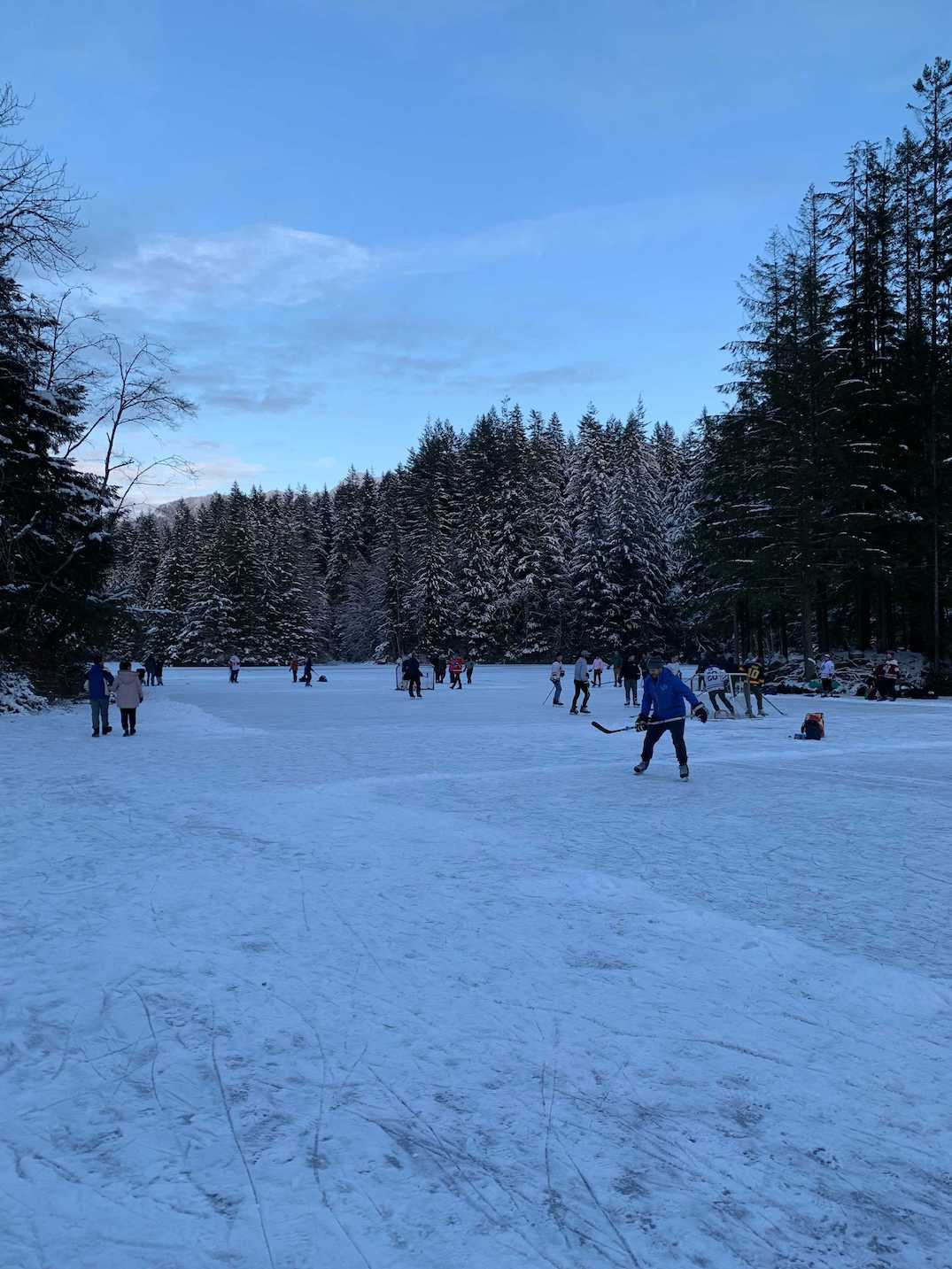 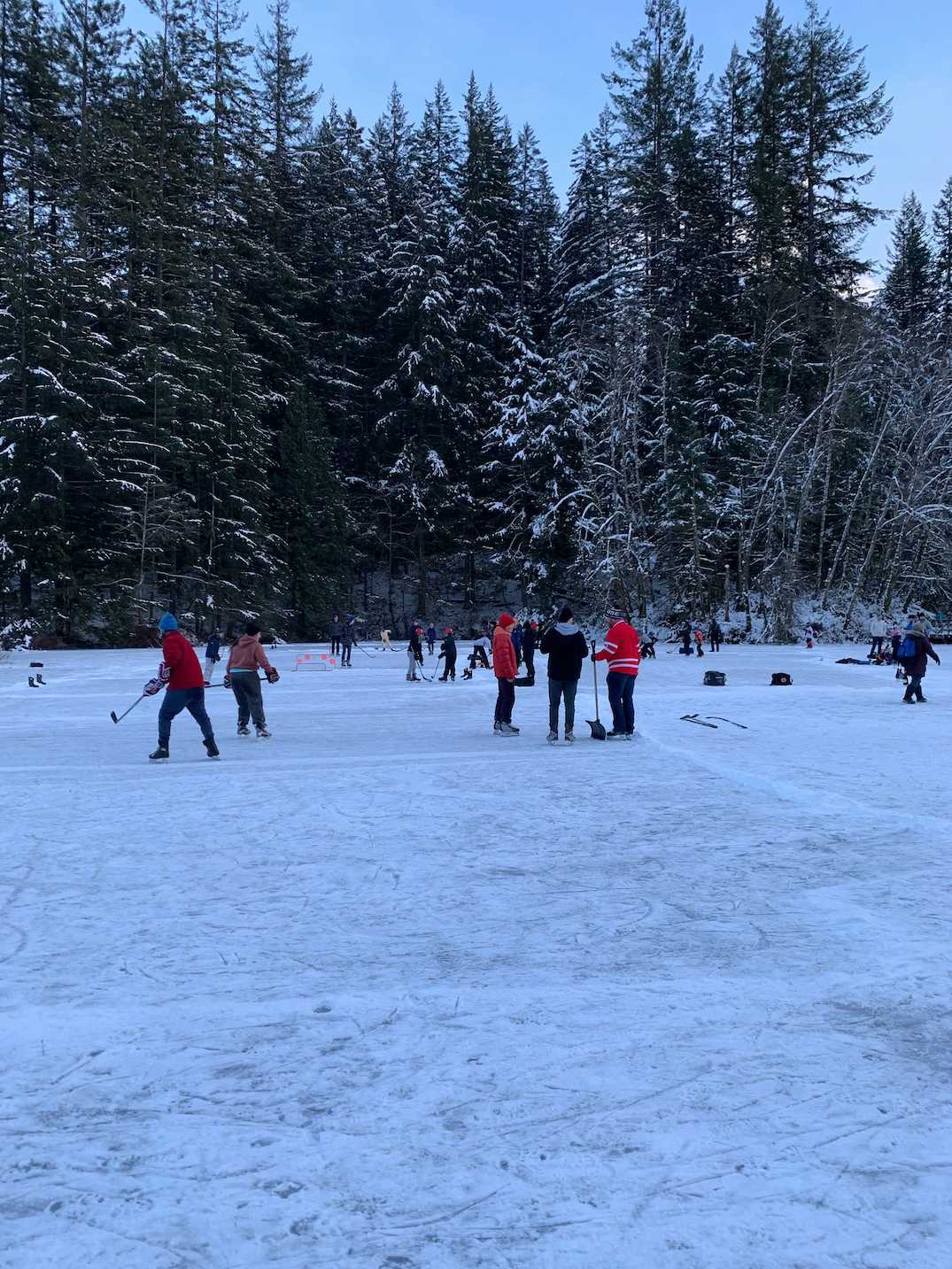