Powered by two new microarchitectures, one designed for maximum performance and one for maximum efficiency, Intel’s Alder Lake CPUs have made some significant waves in the market for desktop processors. The core count is shooting up again, and the Core i7-12700K is taking advantage of this and some important architectural improvements to run laps around its “Rocket Lake” predecessor. For the price of $ 409, however, the Core i7-12700K’s biggest competitor may actually turn out to be its more affordable Core i5 “K” series siblings rather than any specific AMD Ryzen 5 or 7 CPU or Rocket Lake. It’s a solid 12th generation choice on Intel’s new platform, and a clear part of Team Blue’s desktop silicon recovery as 2021 draws to a close. Just consider whether you actually need the extra cores and threads, or at most a few extra game frames, before paying the premium over the Core i5-12600K.

Before you dive into this Core i7 review, we recommend that you first read our Core i9-12900K review if you are new to the 12th generation Alder Lake family. Intel’s 12th generation Core architecture is a radical departure from its predecessors. In part, this is due to a number of changes to the platform, such as the move to DDR5 RAM, but the most notable difference is the use of two distinctly different microarchitectures inside the same processor: Performance Cores (P-Cores) and Efficiency Cores (E-Cores) ). We have already covered these new core types in detail in the Core i9 review and will not go into it all again here; instead, we will focus on what makes the Core i7-12700K its own unique product. 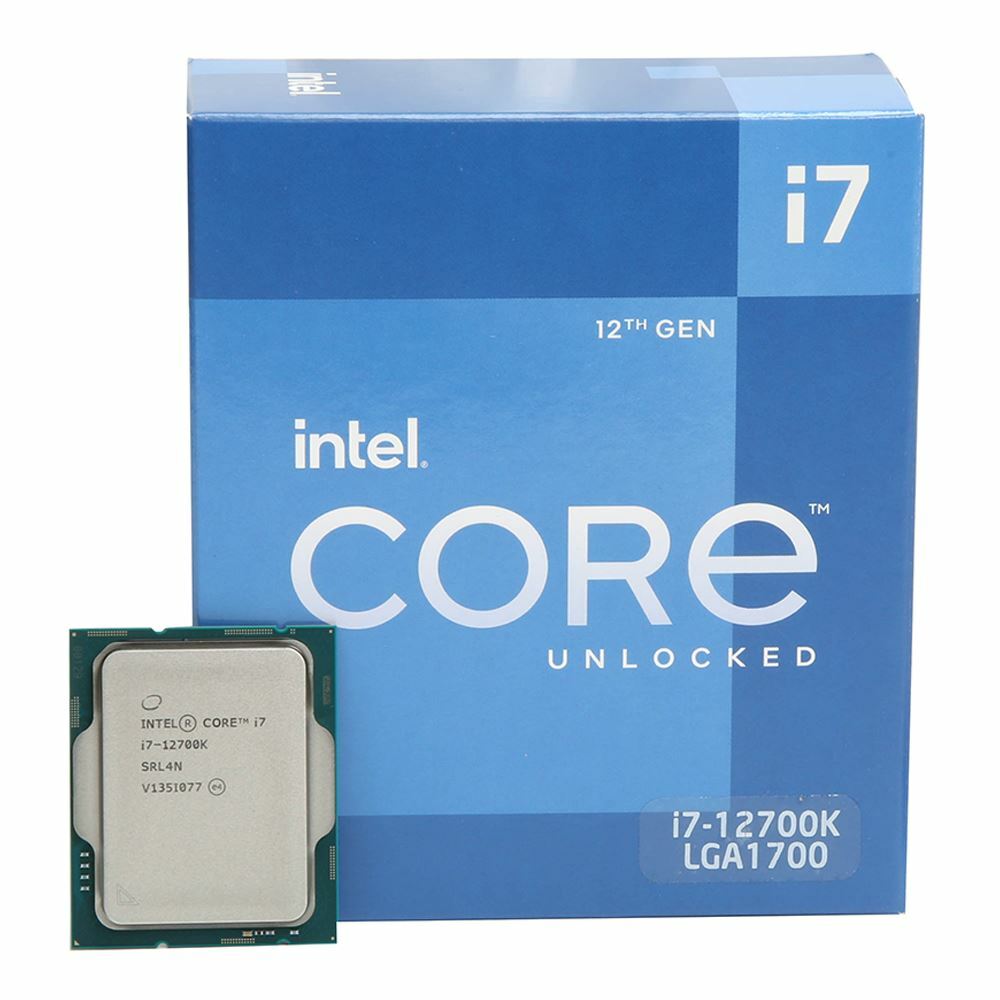 The Core i7-12700K includes a dozen CPU cores. Most of the chip’s performance is derived from eight Hyper-Threaded P-Cores built on Intel’s “Golden Cove” architecture. Golden Cove is the direct successor to the “Cypress Cove” architecture found inside 11th generation Rocket Lake processors and is designed for high performance. Here, these cores are configured with a base clock of 3.6GHz, but they can hit speeds up to 5.0GHz (in isolated cases under Turbo Boost Max 3.0) or 4.9GHz (during regular turboboost) right out of the box.

The remaining four cores were created with Intel’s “Gracemont” architecture, which is a distant descendant of Intel’s low-power Atom processors. As such, E-Cores were designed with energy efficiency in mind. They are clocked significantly lower with a base frequency of 2.7 GHz and a max turbo of 3.8 GHz.

Along with the cores, the processor also has 25 MB of L3 cache built-in, which the cores can share. This model also has Intel’s UHD Graphics 770 integrated graphics processor (IGP), which means you do not have to purchase a graphics card with this CPU in a system unless you want to play games that are not several years old. Intel estimates the chip to have a base power of 125 watts, with a maximum turbo power consumption of 190 watts. 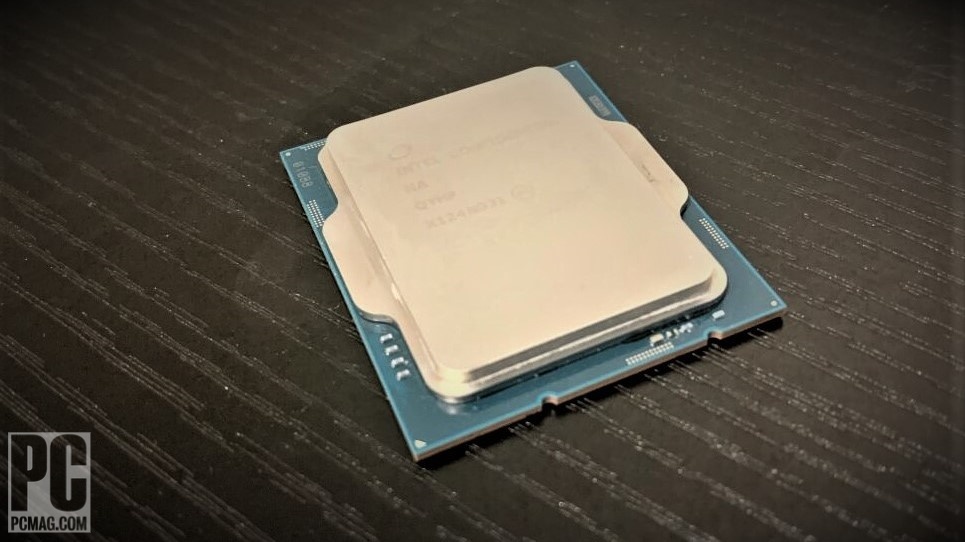 The almost identical Intel Core i7-12700KF processor is the same in every detail, but lacks IGP (or rather, probably has IGP silicon permanently disabled). Its suggested retail price is $ 20 lower, and this non-graphics variant may be worth checking out if you intend to purchase (or already own) a suitable graphics card.

A direct consequence of Intel introducing high- and low-power core architectures in the same processor is that the company now has a new way of differentiating its range of processors. With Rocket Lake, all Core i7 and Core i9 processors were essentially the same thing: eight-core, 16-wire CPUs with clock speeds adjusted accordingly. With Alder Lake, the Core i9-12900K has a more notable advantage over the Core i7-12700K, as it has four extra cores, a higher clock speed and an extra 5MB L3 cache.

The impact of this is quite remarkable in many benchmarks. We tested the Core i7-12700K on an MSI MPG Z690 Carbon WiFi motherboard with 32GB Corsair Dominator memory clocked at 4,800MHz and a 4TB Sabrent Rocket Q4 PCI Express 4.0 boot SSD that also served as our gaming drive. All of this was packaged in the Corsair iCue 7000D Airflow chassis, equipped with a Corsair iCue H150i Elite Capellix 360 mm liquid cooler and a Corsair 1,000-watt RM1000X power supply.

When looking at the Core i9-12900K and our Core i7-12700K, single-wire testing places the two CPUs close together, as this minimizes the impact of hardware differences. But most tests that utilize all available CPU cores put the Core i9 significantly ahead of the Core i7. The one notable exception is our Adobe Photoshop test results, which showed that the Core i7 performed better. However, this result is likely due to software updates that were released after our Core i9 review, but before this Core i7 review.

The Core i9-12900K, which leads the blue team, is obviously expected. The performance improvement over the latest generation Core i9 and i7 processors is far more remarkable as it puts yet another nail in the coffin of Rocket Lakes. Compared to the outgoing 11th generation Core i9-11900K, Intel’s Core i7-12700K is significantly faster, with Cinebench test results about 69% faster in the multi-core test and 17% faster in the single-core test. The improvement over the previous Core i7 CPU (not shown here, but visible in our Core i7-11700K review) is even more significant.

The results are a bit more mixed when comparing the Core i7-12700K with AMD’s top-class Ryzen 9 5950X, but even here Intel’s 12700K is surprisingly competitive compared to the 16-core chip. The Ryzen 9 was faster in the Cinebench R23 multi-core test, but the two CPUs swapped strokes in most of our other productivity tests. Two exceptions are Handbrake and POV-Ray, but these tests do not appear to run properly yet on Alder Lake CPUs; it is possible that they are not negotiating the new architectures quite right at the moment. (Either that, or the Core i7-12700K works slower than a 3rd generation Ryzen 3 or a 10th generation Core i5, and this is not supported by the other tests.)

For the dedicated graphics tests, we paired the Core i7-12700K with an Nvidia GeForce RTX 3080 Ti card for Founders Edition watches, and the Core i7 did not disappoint. In general, you do not get the great benefit of going with the Core i9-12900K over the Core i7-12700K for gaming. Core i7 did a little better in Assassin’s Creed: Valhalla than Core i9 did in Assassin’s Creed: Odyssey (the various tests were run because at i9’s launch Valhalla would not work properly), but the two were within a few pictures of each other in most tests, not far enough to anchor any kind of buying decision on. The biggest performance gap occurred when running Rainbow Six Siege at 1080p resolution, but both CPUs ran at over 400 frames per second. second (fps).

For a pure gaming build, however, the Core i5-12600K may be a better option over the Core i7-12700K. The performance gap between the two is small in most of our game tests, and the Core i5 actually comes out on top in one. AMD’s Ryzen 7 and Ryzen 9 processors all show well, but the Alder Lake CPUs we’ve tested so far show all clear leads (albeit small) in most game tests with our discrete test cards.

During the first part of the 2010s, Intel’s integrated graphics technology developed significantly in a relatively short time. However, after the 7th generation (“Kaby Lake”) processors were released, innovation stagnated and desktop CPU graphics solutions changed slightly until now. With Alder Lake, however, Intel is once again promoting its graphics hardware, and it can be seen.

Even with these improvements, however, Intel is nowhere near matching AMD and its Radeon IGP silicon on the integrated graphics front. Without a revolutionary improvement in graphics technology or a doubling of resources, Intel remains a clear second place to AMD’s Ryzen / Radeon G-Series chips when it comes to IGPs. That said, only a handful of current chips, especially the Ryzen 7 5700G, actually have integrated graphics. Most Ryzen and Athlon CPUs are CPU only and require a discrete graphics card. And we all know how much a purchase charges one of those is these days.

It’s no surprise that Intel’s latest Core i7 processor is faster than its 11th generation predecessor, but the degree by which performance has increased is quite impressive. The boost in the total number of cores (thanks to the inclusion of the new E-Cores) made a performance leap to a near guarantee, just as we saw with the 10th generation “Comet Lake” and the 8th generation “Coffee Lake.” But Intel’s Core i7-12700K has also made remarkable improvements to single-threaded performance on a scale not seen over the last few generations.

Ultimately, whether or not you should buy a Core i7-12700K depends on your budget and system needs. It’s not quite as powerful as the Core i9-12900K for CPU-intensive tasks, and its performance gains are not significant enough for pure gaming to recommend it over the Core i5-12600K. Choosing Core i5 probably makes more sense for PC gamers as this will save them a little money to put into a graphics card … and the way their prices have been inflated over the last two years, they have need it. However, as we said in our first two Alder Lake CPU reviews, the lower end chips like the Core i5 will make a lot more sense when lower end chipset motherboards are available. The Z690 cards on the market now are premium models, and many require DDR5 memory, which is at a premium at the moment. You must include the price of rest of the platform in an LGA1700 system built here in late 2021. (See much more about the Z690 chipset here.)

However, if you have the extra money left over and could use the extra multi-threaded muscle, there is no harm in choosing the upgrade: the Core i7-12700K does most things very well, apart from keeping its Core i5 brother in its place .