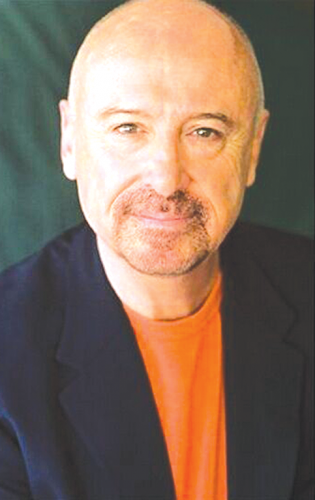 Kenneth Danziger, the British actor whose humor and intelligence charmed audiences in London and regional theaters across the country for decades, died on 12 December. He was 76.

According to close friend June Stoddard, Danziger had been diagnosed with cancer six months ago. He died at his home in Santa Monica.

Born in Essex, England, Danziger was brought to Los Angeles in his teens by his mother. He began theater studies at El Camino College. When he returned to the UK to train at Bristol Old Vic Theater School, he then joined Joan Littlewood’s Stratford East Theater Company.

In a career that spans 50 years, Danziger played roles for the stage, film and television in London, New York and Los Angeles. He was a skilled voice artist who worked extensively with radio, video games, audiobooks and looping.

For BBC Radio, Danziger starred opposite Alfred Molina in “A Small Family Business”, directed by Martin Jarvis. He appeared in radio plays with LA Theater Works and gave his voiceover talent to films such as “101 Dalmatians”, “Shrek” and the video game “Star Wars: The Old Republic”.

Danziger, a veteran of the Los Angeles Theater, received rave reviews in stage productions such as “Greek” at the Matrix Theater, “Patience” at the Antaeus Theater and “Duet for One” at the Fountain Theater. His 1995 appearance in “Ashes” at the Fountain earned Danziger an Ovation nomination for Best Actor in a Play.

For the past 20 years, Danziger devoted himself to the Didi Hirsch Suicide Prevention Center, where he became an accredited counselor, supervisor, and teacher.

Danziger leaves behind Tina Scott, his wife of 42 years.