By Cameron Carpenter for the Daily Mail Australia

New South Wales is preparing to drop mandatory QR code check-in by the end of January.

Deputy Prime Minister Paul Toole told Sunrise that the government is preparing to ‘phase out’ mandatory registrations at events, hospitality and retail venues as it moves to the ‘next phase’ of the pandemic. 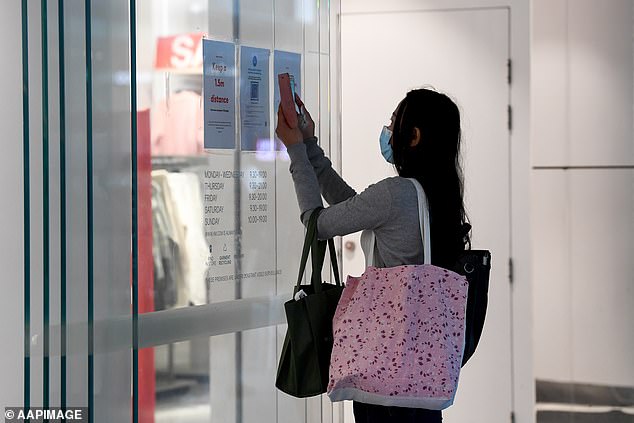 He said NSW will ‘move’ from mandatory QR code check-ins from January 27, where the mask rules are also expected to ease.

“QR codes have played an important role in this COVID pandemic, but I think we’re moving to the next stage,” Toole said.

‘What we have seen is that people in NSW have come forward, they have been given double guard, and that was the best way to protect themselves and their community.’ 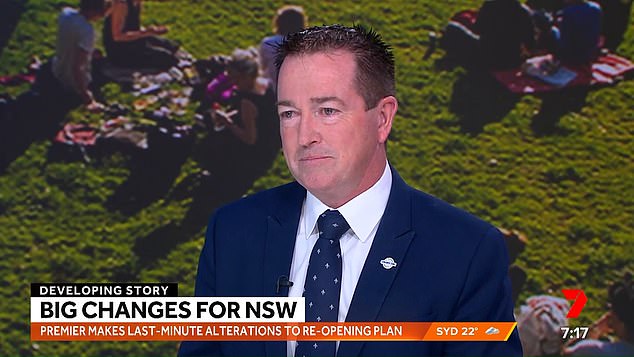 The decision to move away from QR codes comes just a week after Prime Minister Dominic Perrottet returned and confirmed that NSW would reintroduce mandatory QR checks at retail and hospitality sites.

It was an astonishing return by Mr Perrottet as he has spoken out against mask mandates and preached personal responsibility, backed by Prime Minister Scott Morrison.

The decision to drop QR codes comes again as the state government makes huge changes to the rules of close contact.

Positive cases regardless of vaccination status will be able to leave isolation seven days after their positive test, but must return a negative rapid antigen test on day six.

A close contact will only cover household or intimate contacts that took more than four hours with a positive case, states and territories agreed at an emergency meeting of the National Cabinet on Thursday.

Chief Physician Paul Kelly said the four-hour threshold was one way to deal with the increased caseload.

It comes as test clinics across the eastern states struggle with extreme demand and massive queues, resulting in blowout times.

New definition of close contact: A person who has spent at least four hours in a household or a care center with a positive case. Workplaces do not count.

New isolation period: Positive people and close contacts must be isolated for seven days or 10 in SA

Tasmania will follow after January 1, while the Northern Territory and Western Australia will not adopt the scheme until they get more Covid cases in the coming weeks.