It’s unlikely that 2021 will be anyone’s favorite year, with the Delta variant (and now Omicron) spreading around the world like wildfire.

But there were some bright spots, especially for those who bought stocks during the lockdown.

Australia’s most important stock index, the ASX 200, has risen about 14 per cent since the beginning of the year, trading close to record highs. The broader All Ordinaries index performed slightly better (up 14.5%).

“It’s been one of the biggest years ever for retail investors to get involved in investing,” said Evan Lucas, chief marketing strategist at InvestSMART.

“The number of new accounts and people entering the market at the beginning of the year broke new record. Because of COVID-19, there are more at home and asking themselves: what can I do to increase my wealth?”

Markets generally did not care about rising infections, rapid border closures, or the economic damage from widespread COVID restrictions.

Instead, investors took a “glass half-full” approach as they opted for rising vaccination rates, an economic recovery and higher profits for the companies in which they bought shares.

And with interest rates at historically low levels, TINA (short for “There Is No Alternative”) was the dominant investment mantra – as investing in the risky stock market was seen as a better option than earning almost nothing with the bank.

So how good was the ASX 200’s annual gain (14 percent) compared to markets abroad?

But the Australian market outperformed its Asia-Pacific counterparts.

By taking a deeper look at the ASX 200, most industrial sectors showed progress in 2021 according to Refinitiv data:

And these were some of the best and worst performing stocks in the Australian market in 2021:

Inflation and interest rate hikes ahead

Market analysts generally expect 2022 to be a positive year for equities as economies continue to reopen, despite the Omicron downturn.

However, some volatility is likely as cost of living (or inflation) continues to rise – which will put pressure on Australia’s Reserve Bank and its international counterparties to raise interest rates and settle their COVID-19 emergencies.

“Closures and shutdowns are hitting production output, reducing the amount of goods available,” CommSec economists wrote in a research note.

“But consumers are back in the malls, and more companies are back online and want just the raw materials and finished goods that are a relative shortage. As a result, prices are rising.

“Central banks initially thought that the rise in consumer prices would be temporary due to supply disruptions and pent-up demand in connection with shutdowns.

“But political leaders, including US Federal Reserve Chairman Jerome Powell, have since pedaled back from describing price increases as ‘transient’ with annual inflation rates hitting decades – well above the central bank’s target of around 2 percent.”

AMP Capital’s chief economist Shane Oliver predicts a 10 per cent increase for the Australian stock market in 2022 (and the global market will grow by around 8 per cent).

He also expects investors to sell their “growth- and technology-heavy U.S. stocks” and rotate toward “more cyclical markets in Europe, Japan and emerging markets.”

The biggest events, as these experts say, will shape Australia in 2022 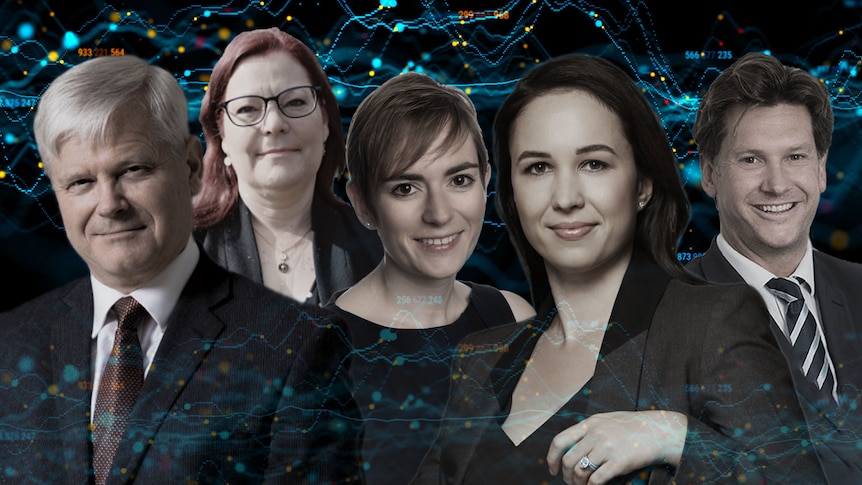 These are the eight things that five leading economists expect to happen in 2022.

“Inflation, the start of Fed rate hikes, the US midterm elections and tensions in China / Russia / Iran are likely to result in a more volatile turn than 2021,” wrote Dr. Oliver in his forecast for the end of the year.

“Average election years usually see returns below the average in U.S. equities and have seen an average top-to-bottom pull of 17 percent since 1950, usually followed by a stronger recovery.

“Australian equities are likely to (finally) perform better, helped by stronger economic growth than in other developed countries, leverage for the global cyclical recovery and as investors continue to search for returns in the face of near-zero deposit rates, but an accumulated dividend dividend of about 5 per cent.

He also stressed that the outcome of Australia’s federal elections (expected to be held in May) could lead to some volatility – but said that “if political differences remain small, a change in government would have little impact”.

We have also gathered some recommendations from several market analysts on where they think the Australian market is heading.

Here are some of their predictions for the coming year – but also remember to do your own research and get independent financial advice.

“The positive impact of reopening is one of the biggest investment themes for holdings across all of our portfolios.

“Building infrastructure will also be important in the future, with both large infrastructure projects and housing communities supported by stimulus costs, demand and strong house prices.

“An additional investment theme is driven by climate change and the increased focus on net zero coming out of COP26.

“We will see opportunities from what we call the ‘carbon transformers’ – companies that are central to the potential of renewable energy production and infrastructure or energy consumption over the next decade.”

“There are clear themes that have gained momentum before COVID, but which have just been accelerated during the pandemic, which will only get stronger.

“Digitization is clearly one of them, the rise in online purchases and technology stocks, along with health and climate change. Air pollution will definitely be a problem in the future.

He recommends “investing in things that help electric cars”. They include companies that produce platinum, palladium, copper and nickel.

“Personally, I remain a buyer of all the major secular themes of weakness – all in cloud computing, space and data analytics. In Australia, we have some fantastic technology companies, and healthcare is an excellent investment.

“The biggest risk is likely to come from the US. If the Federal Reserve decides to downsize or reduce its bond buying program faster – and raise interest rates faster – it could create a divestment in the US stock market.

“I think 2022 will be a year with two halves. In the first half, markets will price a possible lower growth scenario with high inflation.

“You’ll probably hear the word stagflation quite a lot – stubbornly high inflation along with low growth, which is not a great scenario for growth assets like equities.

“If we see slower growth and high inflation, the market will turn against some of the more defensive assets.

“Already an expectation of ‘lower interest rates for a longer period of time’ has seen things like technology stocks being offered.

“But a higher interest rate environment would be negative for these high-growth stocks, like the technology stocks.

“In the second half, we expect global growth to really come through strongly.”

DISCLAIMER: This article does not include financial advice. We strongly recommend that you seek professional advice before making any investment decisions.