From Greenwich to Southbank to Battersea, revolutionary architect Richard Rogers dictated the appearance of south London, especially along the River Thames.
TOBY PORTER looking at the legacy of a man who began his architectural career designing a discreet box-shaped house at Wimbledon, but then the architecture literally turned upside down while transforming our tastes into what a beautiful building looks like.

You would not notice the number 22 Parkside, meters from Wimbledon Common, unless you were looking for it.

It is an unusual place to start transforming the world architecture totally. The house does not even have a fancy name.

But Richard Rogers’ subsequent buildings are all landmarks that toppled Orthodoxy in the appearance of our landscape, especially along the Thames.

Aside from the Millennium Dome in Greenwich, Rogers, which died on December 18, there is also the chic 24-story Neo Bankside (2012) tower block, now famous after residents complained about being watched from the Tate Modern viewing platform next door of.

Montevetro, a block of Battersea Church Road whose name means Glasbjerg in Italian, was one of his first high-tech apartment blocks along the river.

Its sleek style set the tone for development along Battersea Reach and at Battersea Power Station.

Riverlight housing development, one of the most distinctive in Nine Elms boom town, won the Royal Institute of British Architects National Award for 2018.

Other landmark buildings he designed included: Hyde Park number one in Knightsbridge, where the penthouse apartment was sold for £ 136 million; Lloyd’s Register 1999; Paddington Waterside 2004; Maggie’s Center at Charing Cross Hospital 2008; The Cheesegrater – number 122 Leadenhall and one of the city’s most distinctive landmarks.

Rogers became famous after his design for the Pompidou Center in Paris won the contract in 1974 to create a gallery worthy of some of the greatest masterpieces of modern art.

Now called Beauborg by the French, it is one of the most striking structures in the world.

All of its utilities, including air conditioning and plumbing and its structural support, are on the outside of the building.

It’s probably the most influential structure of the last third of the 20th century – even though it triggered a lot of ham-fist imitations.

Rogers was born in Florence to English and Italian parents and moved to the UK at the age of five. 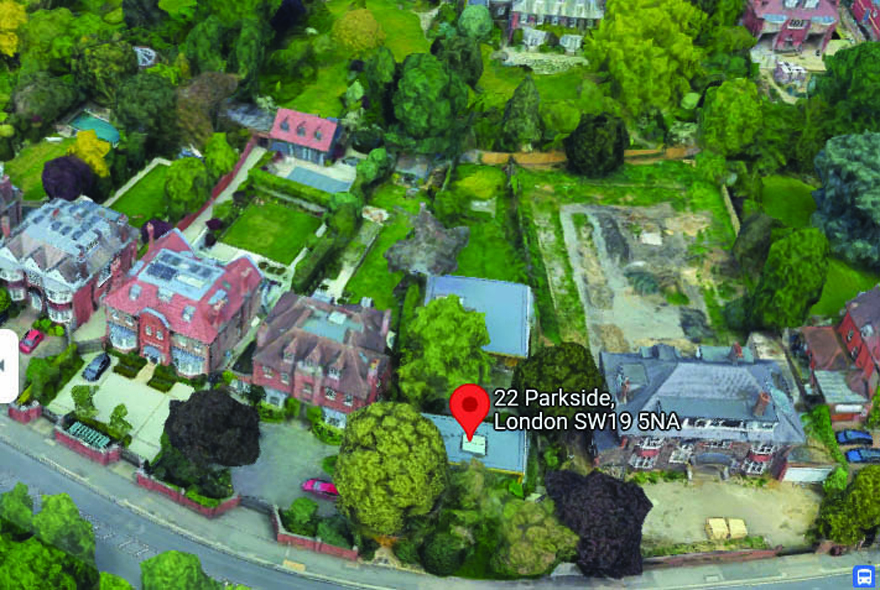 His father was the son of a British emigrant, and his artist mother was the daughter of an architect and engineer and had once been taught by James Joyce.

They fled fascism to England in 1939. Richard was sent to boarding school at Kingswood House in Epsom, where he started boxing after being bullied.

He went to St John’s School in Leatherhead, but went from there without A-levels. He later discovered that he was dyslexic.

He studied at the Architectural Association in London and then went to Yale University on a Fulbright scholarship, and while in America he met Norman Foster – whose studio these days is next to the Battersea Bridge – and whose contribution to high-tech style was just as crucial.

Some of the Pompidou Center’s more epic plans were diminished in light of budget cuts and residents’ anger.

They were not his only opponents. In the 1980s, Rogers’ proposed extension to the National Gallery in London was described by Prince Charles as “a monstrous carbuncle in the face of a much-loved friend.” Rogers’ vision was in the tradition of the pioneers of modernism – Mies van der Rohe, Walter Gropius and Bauhaus – but with a more complex modeling of space.

A massive public inquiry, objections and protests meant it took 19 years to be realized.

Rogers’ buildings used glass, steel and other industrial materials to create shiny surfaces, but also opened up inner cities with space and light.

Rogers was awarded the Legion d’Honneur in 1966 and became a Labor Knight in 1991.

At the turn of the century, Rogers led the new Greater London Authority’s Architecture and Urbanism Unit with the support of the city’s first mayor, Ken Livingstone.

His one-man practice, even after Pompidou’s success, only handled one project at a time.

It had 55 projects underway at the time of Rogers’ death.

He also tried to practice what he preached. His firm’s partner salary was limited to a fixed multiple of the lowest paid architect.

He supported social housing and public spaces for all, but also created some hugely expensive apartment blocks.

And those who followed his trail along the river certainly showed less interest in talking to local communities about what they wanted to build.