A paramedic who was on guard spotting with his young son saved the life of a suicidal man who lay down on the track in front of a departing train.

Andy Nickolls, 57, was enjoying a day out with his son Jacob, 9, on December 29, when he saw a man hop on the train tracks at Taunton station in Somerset and lay down next to the wheels of a train that was seconds from leaving train. .

Nickolls, who sits on the board of governors of the South Western Ambulance Service NHS Trust, and his son were the only people on the central platform. They realized that none of the railway staff had seen the man. 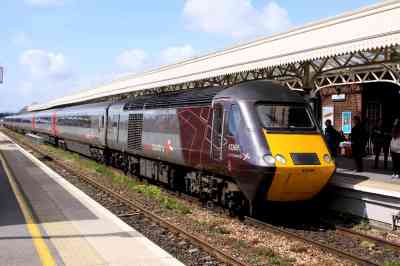 They shouted and frantically waved their arms at the driver,