An emergency physician working at several hospitals in Sydney has challenged the Prime Minister to spend a week in an emergency department to gain an insight into what life really is like on the front lines of COVID-19.

The chief physician, who wished to remain anonymous, said Dominic Perrottet’s repeated allegations that hospitals were in a “strong position” were “out of touch with reality”.

The real picture, she said, was one of overworked doctors and nurses having to take extra shifts and cancel their leave to help.

“Staff are working harder and longer. It’s the only thing holding the system together, and it’s not a long-term option,” she said.

Hospitalization data published by NSW Health covers the period until 20:00 on Sunday, which is the highest number of people who have been treated with COVID since 23 September.

Only 95 patients were in intensive care – with 25 people in ventilators.

In response to the doctor’s challenge, Mr Perrottet doubled his comments on the NSW health system’s preparedness, saying “our state is strong”.

“Our focus now – and we monitor it every single day – is the capacity of our healthcare system, including our hospitalization rates and our ICU capacity,” he said.

“This spirit and the efforts of everyone over the last two years, especially our frontline healthcare professionals, have been extraordinary.”

However, the doctor said she has seen colleagues experience “enormous burnout”, which she claims has forced some to quit their jobs or retire early.

“Every healthcare professional and cleaning and administration worker in hospitals knows how far from the truth this is,” she said.

“They’re all so sad when they hear him make those comments because it shows such an interruption between his reality and their reality.

“It would be a wonderful thing if he could spend a week in a hospital to see the reality that everyone lives with.”

Michael Bonning, chairman of the Australian Medical Association’s NSW branch, said the high number of staff forced into isolation due to COVID concerns made it difficult to staff hospitals properly.

“It just means pushing [staff] harder and harder [when] one of the things we tried to do this Christmas period was try to give the staff downtime, try to prepare them for … what comes next, “he said. 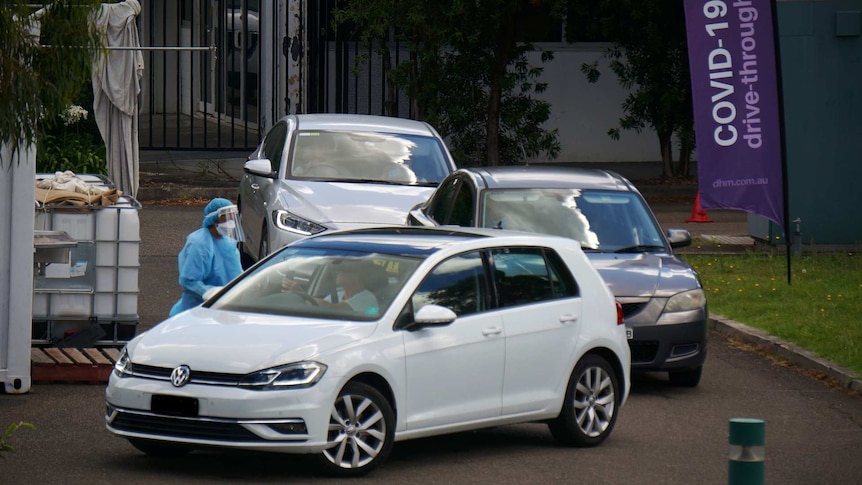 COVID-19-related hospital admissions continue to rise as the health association warns that the system will soon reach a critical phase.

On Monday, Chief Health Officer Kerry Chant said NSW Health had one of the largest workforces in the country, but like many health systems around the world, it was under stress.

“Although we are very well placed … in the global context to deal with this caseload, it is important that we all play our part in not placing an unnecessary burden on the health care system,” she said.

The peak of NSW’s hospitalization rate for COVID was 2,166, which came on top of last year’s deadly Delta wave on 21 September.

At that time, there were 244 people in intensive care units.

Sir. Perrottet said it was his “first priority” to ensure that the health care system had the resources it needed during the pandemic.

The strain on the health care system has been felt by a mother from the north coast of NSW, who says her family was without support while her young son with special needs suffered from severe COVID symptoms.

Kim Dawson told ABC that her eight-year-old son, Eli, who has non-verbal autism, was tested at Christmas after getting the virus from his caregiver.

When health workers called to offer medical equipment – including an oxygen monitor – it was New Year’s Day and he had already recovered, Dawson said.

“It just seems ridiculous that it took so long for anyone to contact us,” the East Ballina woman said.

It took five days for the test result to confirm that Eli had the virus – meanwhile he was battling a fever and woke up one morning where he could barely breathe.

Dawson said her son often had extreme reactions to viruses and developed ticks.

“We were very close to calling an ambulance, but we managed to calm him down,” she said.

She said her family had been caught in a “perfect storm” of rising case numbers and holidaymakers who were in the air with waits for COVID tests.

NSW Health said it “has the largest and most skilled healthcare workforce” in Australia with more than 140,000 employees.

The state government has recently amended self-isolation laws to allow asymptomatic health care professionals who are considered close contacts to return to work if they have critical roles.

“Since the onset of the pandemic, NSW Health has engaged in forward-looking planning with clinicians to ensure our hospitals have the capacity to care for COVID-19 patients to be admitted,” a spokesman said.

“NSW’s healthcare system is fully integrated and staff can be seconded to different parts of the healthcare system as needed due to patient demand, workforce challenges and the hospital’s capacity to increase.”