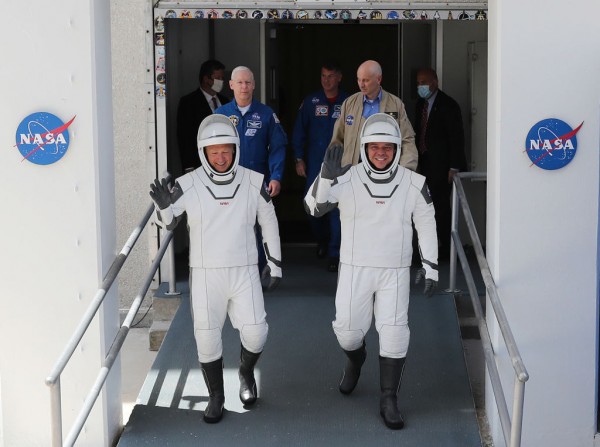 Prior to launching spacecraft to the moon in the next few years and traveling to the International Space Station (ISS), NASA has expressed concern about the lack of astronauts needed to carry out the missions.

NASA’s Inspector General’s Office recently released a report entitled NASA’s Management of its Astronaut Corps, which stated that its astronaut corps currently stands at 44, down from nearly 150 astronauts in 2000.

As mentioned in the report, NASA’s planning for astronaut training and missions is currently driven by the International Space Station, but it reiterated that exploration of the moon and potentially Mars will require it to reconsider how it prepares for such missions.

In a NASA analysis conducted several years ago, NASA determined that the number of astronauts would dive below the minimum requirement for manifesto in the fiscal years 2022 and 2023

True to their analysis, NASA’s leadership of its astronaut corps saw a decrease in the number of astronauts, referring to it as “one of the smallest cadres of astronauts in the last 20 years.”

The Tech Times reported that this situation prompted NASA to select 10 new astronaut candidates by the end of 2021.

Currently, the two-year training program has begun for the new recruits.

However, another alarming situation emerged in the report. There is a possibility that NASA may not be able to recruit enough additional astronauts to compensate for “unexpected attrition and crew relocation.”

This also means a shortage of people needed for ground roles such as leadership and liaison positions and spokespersons for the space agency.

Now, with the expanding possibilities in space predicted for Artemis missions, it could be possible that the corps would be misaligned in the future. This would result in disruptive reorganizations of crews or mission delays.

In addition, NASA revealed their concern that at present it may not be ready to adjust astronaut training programs to lunar missions that will be very different from ISS missions.

The first manned lunar mission, Artemis II, may be delayed beyond its current target date of 2024 due to this situation.

How NASA can solve the problem

According to NASA’s leadership of its astronaut corps, the space agency should improve mission training and planning, coordinate with various bodies and promote more cooperation between them.

In addition, NASA will have to decide whether to increase the minimum size of the astronaut corps for missions over the next five years from its current safety margin of 15%. This is to prepare them for upcoming space missions that align with their tabs.

In the last round of NASA astronaut recruitment, over 12,000 people applied, suggesting that there is still great interest in space exploration as a career. This suggests that NASA has a good chance of solving problems over time.