Times are pretty miserable in Toronto right now between ongoing shutdown restrictions, at. 17.00 sunsets and generally sad winter weather, which this week included massive snowdrifts that weakened the city.

But in the midst of all the downturns in this 22nd month of lockdown, people are still managing to find some ease in dark times – including a South Etobicoke resident who brought some much-needed laughs to her 15,000 local Facebook group.

“Was found on 7th street just before Morrison. A little chilled, but accessible enough that I was gently able to pick it up.”

Cope writes in a way that makes it seem as if she’s talking about a timid pet that wandered off in the recent storm, Cope continues:

“If you recognize this cucumber or know someone who misses theirs, grab me to come and get it. I need a proper description. I will foster it in the next week or so, but after that it should gone. “

Attached are, of course, pictures of the lone cucumber left in the dark on the cool snow-covered road, and then again safely in Cope’s hands at home.

The simple and silly post has understandably garnered hundreds of reactions in just 13 hours, with tons of people thanking their neighbor for making them smile. 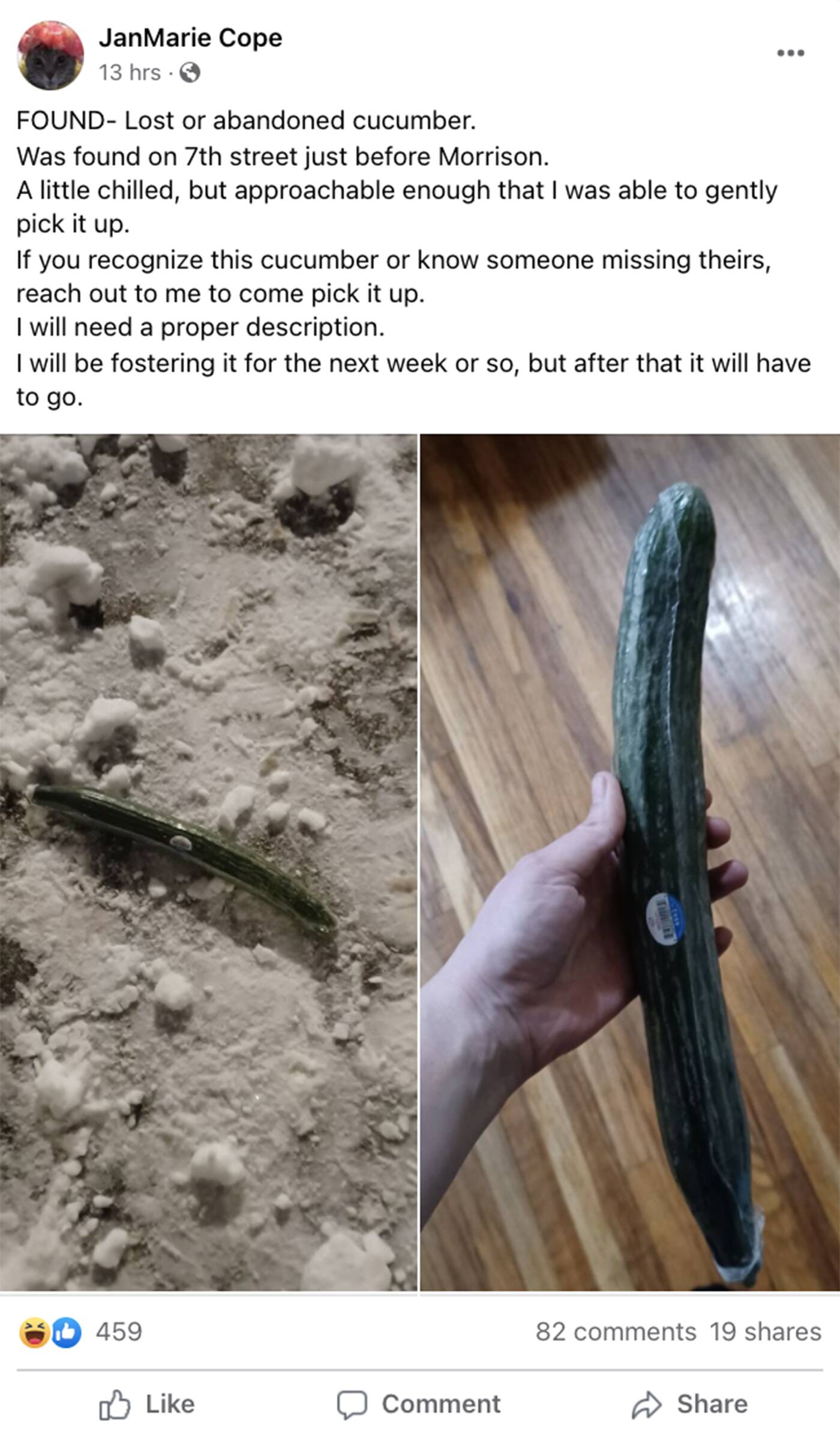 The humorous ad has received a lot of attention from the South Etobicoke Community Group, where many people thank the poster for bringing a smile to their face in hard times.

“It’s been a tough week living in the hospital with my 2-year-old daughter and this made me laugh soooo much. So THANK YOU !,” one person said.

“So happy to see the great sense of humor in people in my neighborhood! Needed a laugh!” another added.

Hopefully, if not returned to its rightful owner, the cucumber will serve something else Torontonian well in a salad or in a nearby food bank.

And as for the people of South Etobicoke and Ontario as a whole, they could potentially look forward to easing the latest wave of corporate closures and public health measures in the coming days, if Premier Doug Ford’s promise of good news holds true.