Tennis fans have become furious after seeing a $ 99 price tag on water bottles at this year’s Australian Open.

The brand is all over this year’s Australian Open, it’s the event’s ‘official outfitter’. 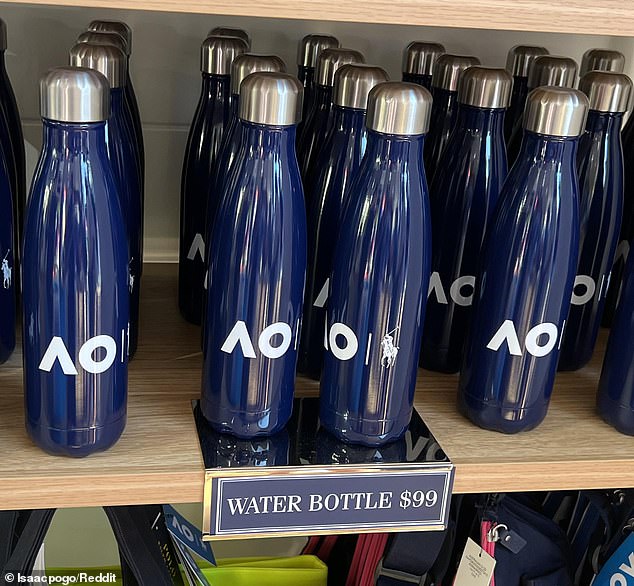 The luxury water bottle is part of the event’s capsule collection in 2022 – but many visitors to the court could not overlook spending almost $ 100 on the souvenir.

‘Discount on water bottles at the Australian Open’, wrote a spectator along with a snap of the bottles.

“It does not look like they are selling many – the shelf is full,” added another.

But others stuck to the decision to market the water bottle to ‘the rich crowd’.

“What kind of pleb is drinking out of a water bottle that costs less than $ 100,” joked one man. 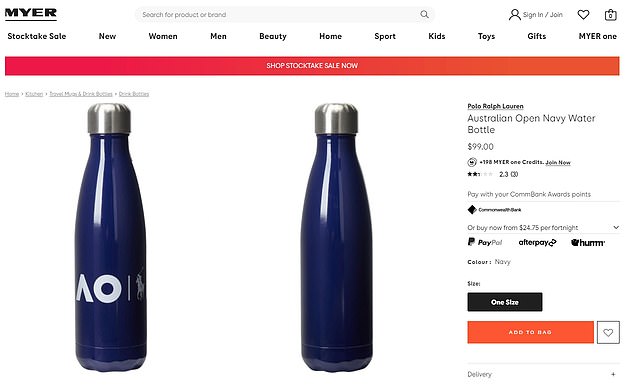 ‘It’s a designer brand item at a souvenir shop at an international sporting event. The vast majority of people would never buy things in the first place, even at $ 20 or $ 30, which means that the only potential customers are those who have enough money to just not care about a $ 100 purchase in the first place. Charging any smaller is just leaving money on the table, ‘another explained.

Would you pay $ 99 for this water bottle?

Some predict that the bottles ‘do not hold their value’.

“I wonder how much they will sell them for in two weeks when everyone has forgotten the Australian Open again,” said one man.

The original poster said there were seven full shelves of bottles in the store and five stores offering the same items at the event.

But it is also stocked by Myer, for the same price.

The item has received two one-star reviews on the Myer website, both of which agree that $ 99 is too much to charge for the bottle.

It also received a single five-star review claiming that the buyer’s life had changed for the better since he took the bottle home.