The sponsors of a future queen – Royal Central 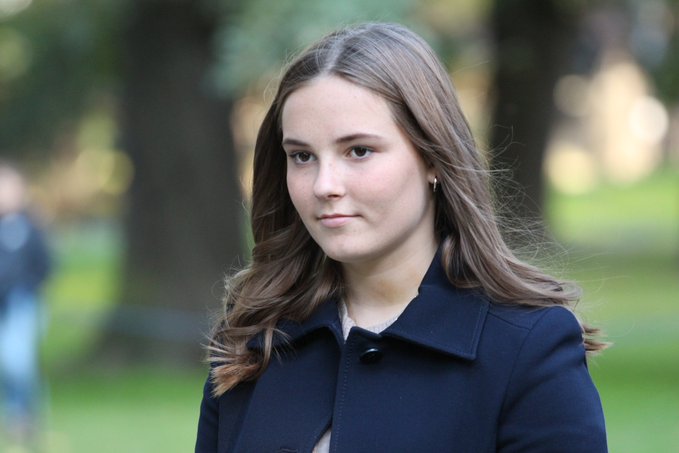 While Princess Ingrid Alexandra of Norway is celebrating her 18th birthday, let’s take a look at her godparents, selected prior to her baptism in the Royal Chapel of the Royal Palace on April 17, 2004.

Ingrid Alexandra’s grandfather – and predecessor – is her first sponsor. Harald was born in 1937 by Norway’s second modern monarch and ascended the throne after his father’s death in 1991. He has ruled with his wife, Queen Sonja, by his side, and the two share two children: Crown Prince Haakon and Princess Märtha Louise and six grandchildren.

In her confirmation speech in 2019, Ingrid Alexandra said of her grandfather: “Grandpa, you have taught me many important things. I think I have inherited many of your qualities, as a very strong competitive instinct, although some of it of course also comes from the mother side of the family. I especially want to thank you for all the times you have made me laugh. And all the good selfies. “

Ingrid Alexandra’s aunt, Princess Märtha Louise, is the older child of King Harald and Queen Sonja. Born in 1971, the laws of succession were not applied retroactively to make her heir as in Sweden, and as such she is simply Her Highness and asked to have her royal status removed in 2002 in order to conduct professional business.

Princess Märtha Louise has three daughters, Maud, Leah and Emma, ​​with her late ex-husband Ari Behn. Since 2019, she has been dating Durek Verrett, an American shaman.

The next king of Denmark is one of Ingrid Alexandra’s godfathers. Crown Prince Frederik was born in 1968 and has focused on the military, science, technology, the environment and sports.

Crown Princess Victoria was born in 1977 and did not stand in line for the throne at birth. In 1979, her little brother, Prince Carl Philip, was born and appointed Crown Prince; Although Victoria from 1 January 1980 has been Crown Princess of Sweden due to the change in Sweden’s succession to remove male preferences.

Crown Princess Victoria has been married to Prince Daniel since 2010 and has two children: Princess Estelle and Prince Oscar. When she ascends the throne, she will be the first Swedish queen to reign since 1720.

Ingrid Alexandra was one of Crown Princess Victoria’s bridesmaids at her wedding in 2010.

At the birth of Ingrid Alexandra, King Felipe was still heir to the Spanish throne and was known as the Prince of Asturias. He ascended the throne in 2014 after the abdication of King Juan Carlos and has ruled under political unrest in the government and how citizens relate to the government.

King Felipe is married to Queen Letizia and has two daughters: Princess Leonor, his heir, and Infanta Sofia.

Ingrid Alexandra’s grandmother is her last sponsor, and the two have a particularly close relationship. In the young royal’s confirmation speech in 2019, Ingrid Alexandra first thanked her for “always being there. And for the thousands of pancakes you’ve made for us. For teaching me how to bake the world’s best cream cake, ‘blaudis’. You have driven us to and from day care, school and sports training. Although not really your strong point is to drive a car.

Kate Middleton’s heartfelt response to family of victim Manchester terror attack: ‘She hugged all of us’