Bella Hadid gave her 48.9 million Instagram followers a behind-the-scenes look at her latest photo shoot in Miami for Michael Kors on Sunday.

Among the stunning photographs in her slideshow, the 25-year-old model could be seen lounging on a daybed while rocking a white minidress.

In the eye-catching snap of her laying upside down, she could be seen wearing two gold bracelets and a red purse on her shoulder. 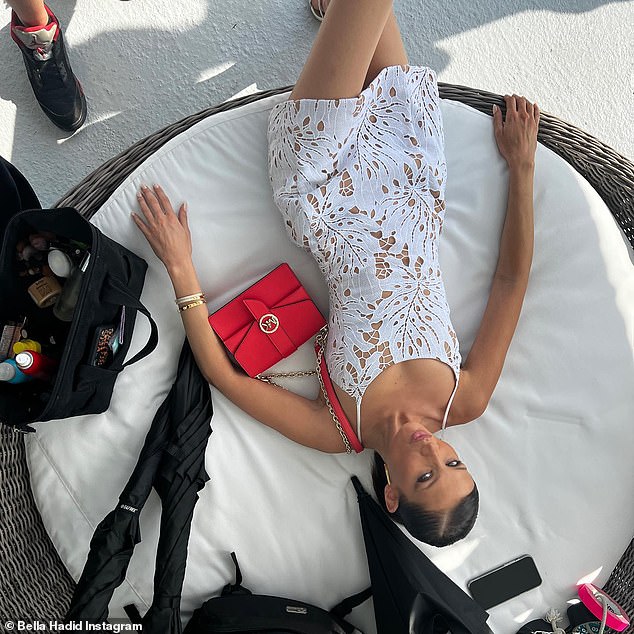 Another snap showed her holding onto a digital camera as she looked at a close-up photo of herself rocking a smokey eye and gold hoop earrings.

The Vogue cover girl also shared images of herself snapping a mirror selfie, sitting in a silver convertible and getting her hair and makeup done.

Her day even ended by posing in front of a helicopter and infinity pool at sunset. 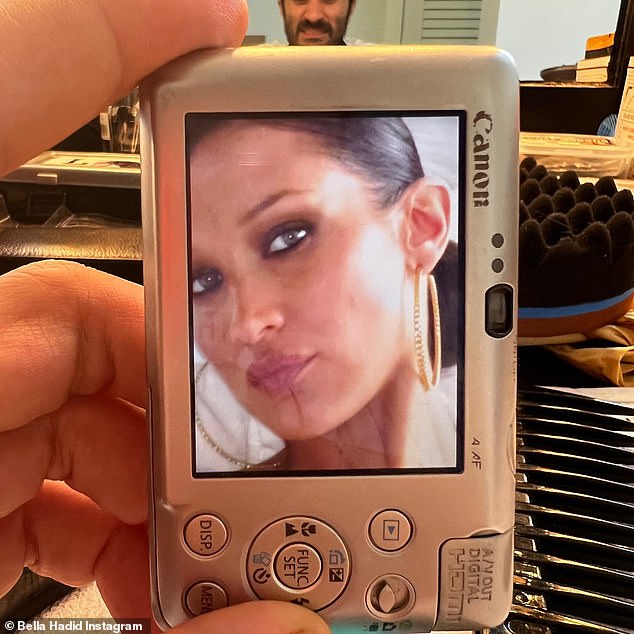 Selfie session: Another snap showed her holding onto a digital camera as she looked at a close-up photo of herself rocking a smokey eye and gold hoop earrings 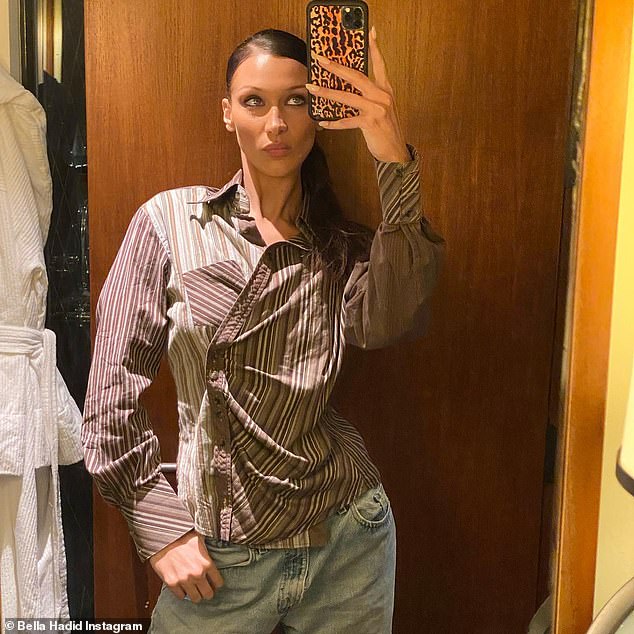 Behind-the-scenes: The Vogue cover girl also shared images of herself snapping a mirror selfie, sitting in a silver convertible and getting her hair and makeup done

Earlier this week, she gets vulnerable about some tough times in her life on Victoria’s Secret’s VS Voices podcast.

Without naming names she recalled: ‘I constantly went back to men and also women that had abused me and that’s where the people pleasing came in.’

‘I started not having boundaries – not only sexually, physically, emotionally but then it went into my work space.’ 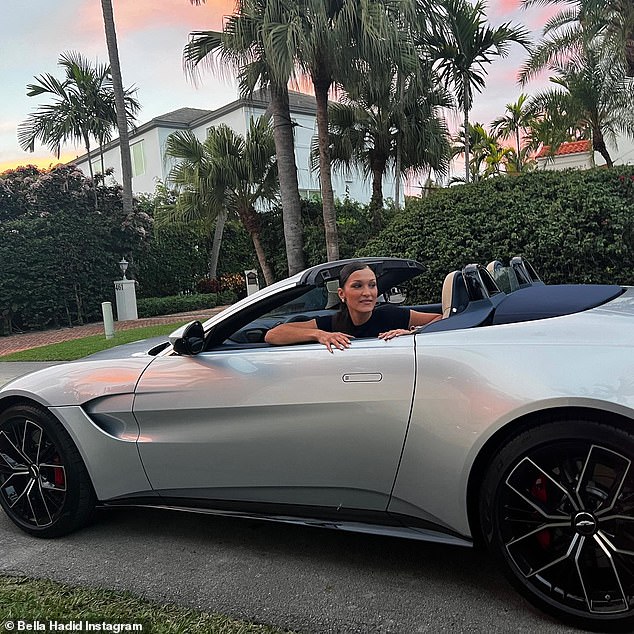 Behind the wheel: Hadid looked cool as ever as she posed in a silver convertible 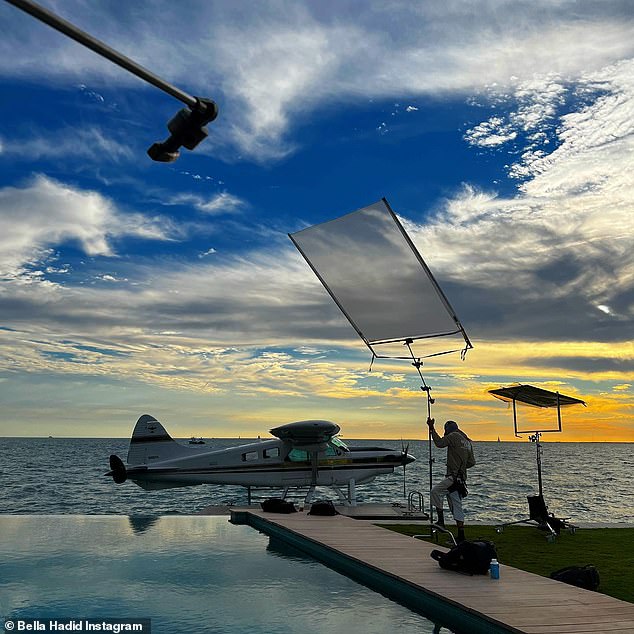 Stunning: Her day even ended by posing in front of a helicopter and infinity pool at sunset

Bella traced it back to her childhood, during which she grew up feeling like a black sheep.

She said: ‘I always felt like my voice was never heard growing up.

Bella, who used to date singer-songwriter The Weeknd, added: ‘I grew up around men – whether that was in relationships or family or whatever that was – where I was constantly told that my voice was less important than their voice.’ 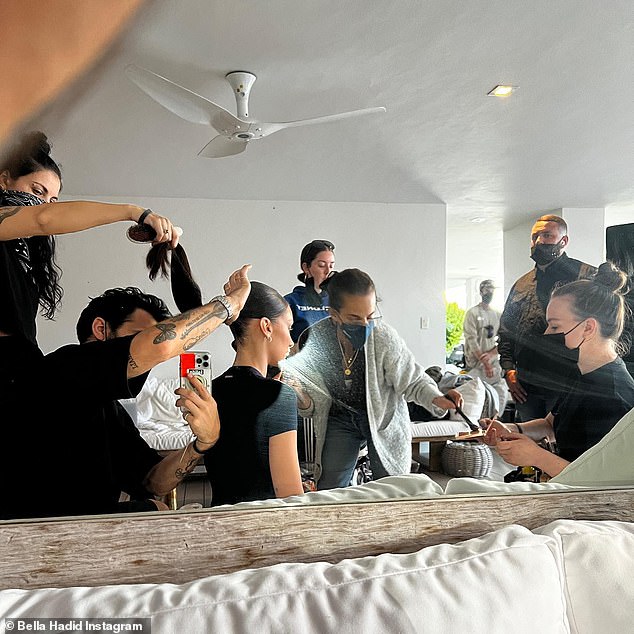 Glam team: Bella’s hair and makeup team made her look flawless on set as they pulled her sleek brown tresses in a low ponytail 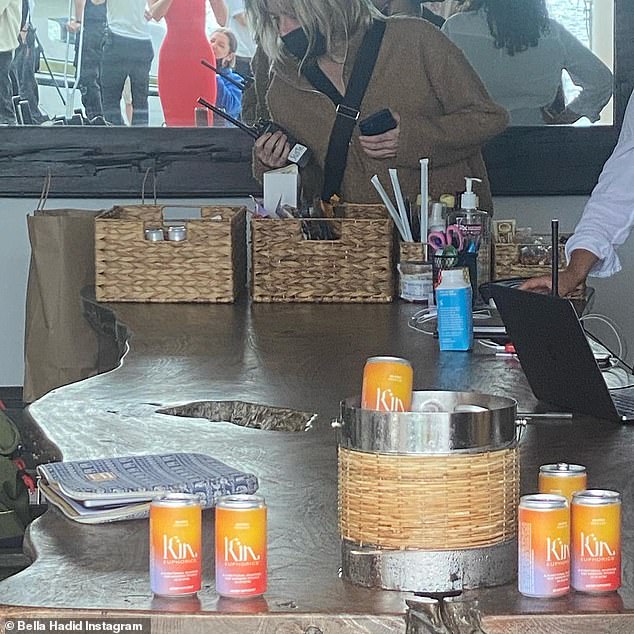 Refreshing: On set, she made sure to bring some Kin Euphorics, a non-alcoholic beverage that she serves as a co-founder and partner of

Internalizing patterns from adolescence, she carried her nature of staying quiet into her future connections.

‘Then moving into relationships growing up, and not having the boundaries of being able to stick up for myself and having my voice being heard, affected me in my adult relationships very intensely, where my nervous system would crash. It was fight or flight. ‘

When asked ‘What has brought you back to center and back to yourself in a way that has been helpful and nourishing?’ Bella listed several lifestyle changes. 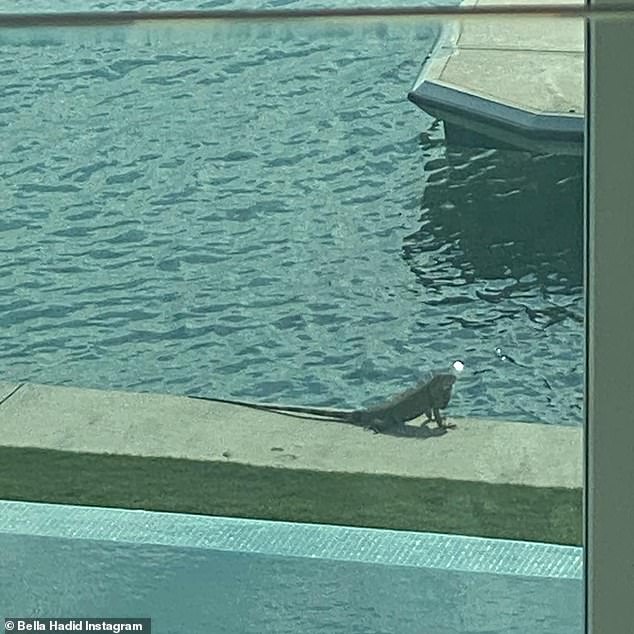 Nature: While by the water, Hadid managed to snap a photo of an iguana

‘Staying off social media’ was among them. ‘It sounds very cliche but to not have the energy of everyone else and their projections being projected back onto you is one of the most powerful things of all time,’ she said.

The Kin Euphorics co-founder then named therapy, meditation, and exercise as other practices that keep her grounded.

‘It’s a cliche for a reason because it’s a fact that it works,’ she noted. 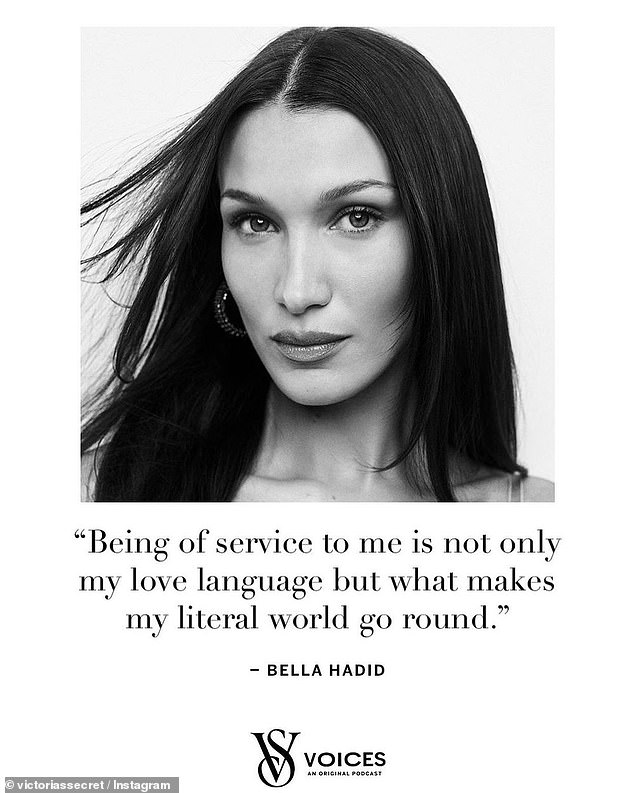 Candid: While speaking on Victoria’s Secret’s VS Voices podcast earlier this week, the model opened up about going back to relationships with ‘men and also women that had abused’ her

As for future endeavors, Bella teased that she’s been working on designing.

She said: ‘I have three collections I’m designing with separate companies. It’s also for girls and boys. I do not design for one person.

Without giving away much detail she said the first collection could come out ‘maybe in the next six months. I could probably give you more information in February. ‘

In the mean time she said she’s super focused ‘on her beverage line Kin Euphorics. 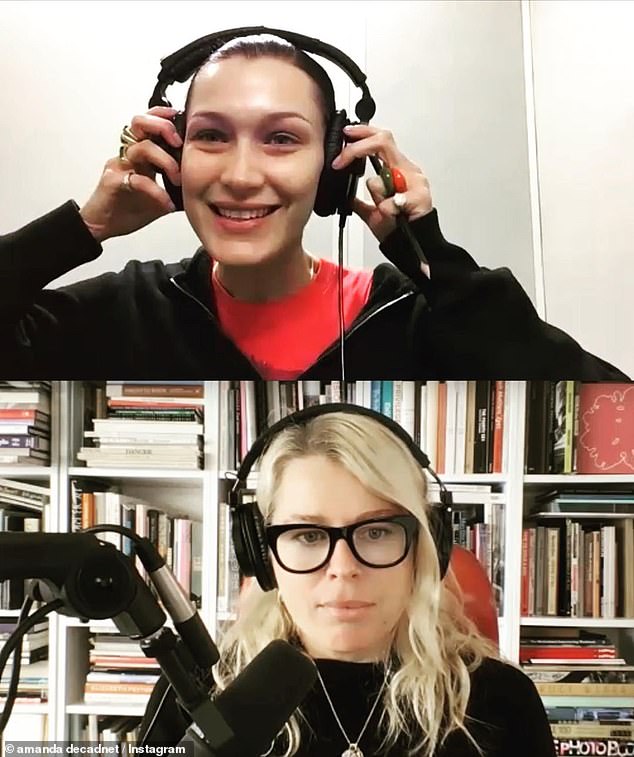 Interview: Speaking on Victoria’s Secret’s VS Voices podcast, the public figure reflected back on tough times in her life in a wide-ranging interview (pictured with host Amanda de Cadenet)