The NYPD responded to Kings Plaza Shopping Center in the Mill Basin section of Brooklyn on Monday afternoon. A teenager was shot and wounded, police said.

NEW YORK – A 16-year-old boy was shot at an NYC shopping center on Monday afternoon.

The NYPD says it happened at the Kings Plaza Shopping Center in Brooklyn.

The NYPD got numerous calls for a person shot inside the mall. The NYPD confirms that they were treating the teen for a gunshot wound to his leg but would not confirm that it happened inside the mall or outside.

The teen was expected to survive.

No other details were immediately available. This is a developing story and will be updated.

Get breaking news alerts in the free FOX5NY News app! | Sign up for FOX 5 email newsletters

According to its website, Kings Plaza features a wide variety of stores including Primark, Burlington, Zara, Macy’s, and Michael Kors. It is located in the Mill Basin section of Brooklyn. 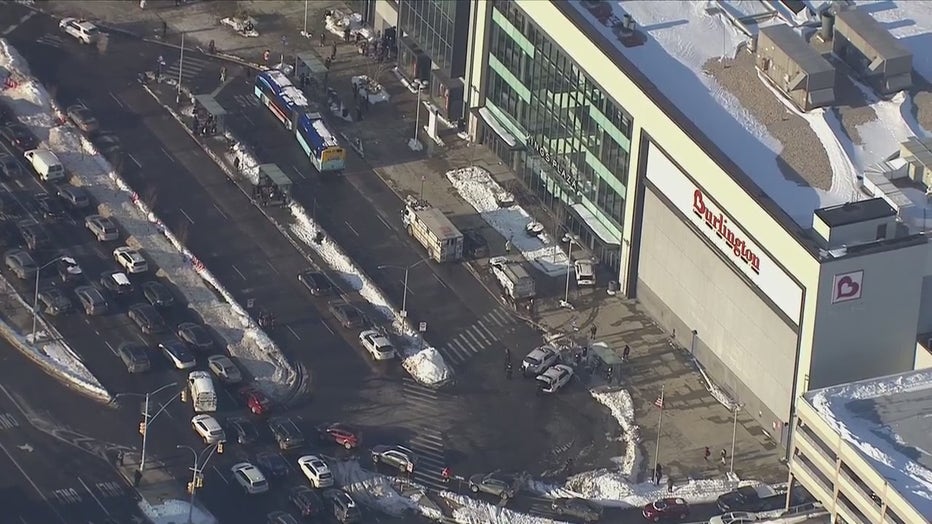 Emergency vehicles are seen outside of Kings Plaza Shopping Center on Monday, Jan. 31, 2022.