Now that the cinemas are reopening, what can you see then? Here is a list of all the movies that are still exclusive on the big screen 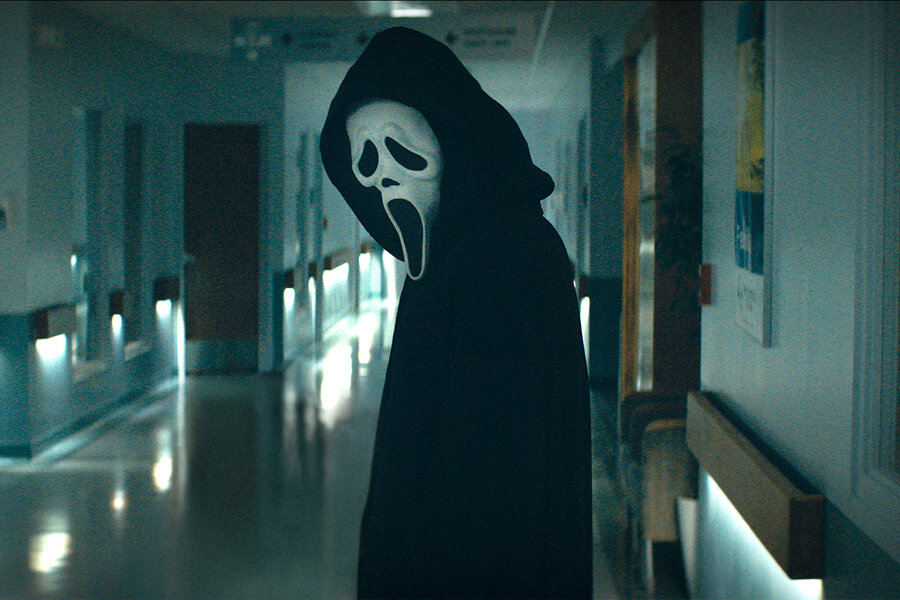 Oh, hey. I have been expecting you.

After nearly a month of darkness, Ontario’s cinemas are getting the green light to reopen today – with 50 percent capacity, with proof of vaccination required and masking mandates. And thanks to last week’s change in the province’s ban on food and drink, the snack bars will be open – meaning the public can take off their masks to eat and drink while sitting.

So if you are comfortable going to the cinema under these conditions, here is a list of the movies you can only watch on the big screen.

If you managed to avoid the spoilers that flew around the web last week, you can now reach the fifth film in the self-conscious slasher series – which finds a new generation of Woodsboro teens pursued by a killer in a very well-known mask, which brings Sidney (Neve Campbell), Gale (Courtney Cox) and Dewey (David Arquette) home again. Directors Matthew Bettinelli-Olpin and Tyler Gillett demonstrated a good hand for this kind of thing in Ready Or Not a few years ago, so the franchise seems to be in good hands.

With a story about a teenager whose online identity as a musical superstar is derailed as a performance is disrupted by villagers chasing a mysterious beast, the latest anime feature from Mamoru Hosoda (Wolf Children, Mirai) sounds like a mix of Beauty And The Beast and Ready Player One. It has garnered ecstatic reviews in its American edition, and it has only a few screenings planned here. Both the original version and the English dub will be shown, so be careful about which tickets you buy.

Jessica Chastain, Lupita Nyong’o, Diane Kruger and Penélope Cruz play international mysterious women – okay, spies – forced to band together to keep the usual doomsday thing out of the hands of an even more mysterious rival (Fan Bingbing) in this action thriller from producer / director Simon Kinberg, who last directed Chastain in the X-Men franchise killer Dark Phoenix. This has to be better than that, right?

Marvel’s latest superhero smackdown did not impress much NOW’s Radheyan Simonpillai, but audiences showed up in droves before cinemas shut down, making it the biggest hit of 2021 and the sixth most successful film ever released. Which means there will be fewer people who will see it now if you want a quiet room.

Matthew Vaughn’s prequel to Kingsman film – takes place in and around World War I, where Ralph Fiennes bravely fights against a selection of the early 20th Evil of the Century – will be at Disney + on February 18th. But if you really can not wait to be disappointed by its bony emptiness, the megaplex awaits.

We’re much higher on Paul Thomas Anderson’s formally loose, emotionally complex drama about two young people (Cooper Hoffman, Alanna Haim) finding themselves in California from 1973, who just won a Best Supporting Actor role for Bradley Cooper’s performance as a film producer in real life. Jon Peters. The TIFF Bell Lightbox shows it in 70mm from Friday, but if you’re okay with a digital presentation, you can catch it right now.

Guillermo Del Toro’s stately humorous psychological thriller – starring Bradley Cooper as a 40’s carny who reinvents himself as a mentalist and gets in the way, far beyond his head with a lukewarm psychotherapist (Cate Blanchett) – was a of several December releases that did not get the audience they deserved.

Steven Spielberg’s robust, exciting new version of Sondheim and Bernstein’s 1957 musical – which introduces the incredible Rachel Zegler and Ariana DeBose and reminds us of Rita Moreno’s phenomenal presence and power – really deserves to be seen on the biggest screen you can find.

A lifelong Toronto native, Norman became senior film writer for NOW in early 2008. Previously, he had reviewed movies for Metro newspapers across Canada and covered every conceivable video format (yes, even Beta).