LOS ANGELES (CNS) – An off-duty Pasadena Fire Department captain who was preparing to go to Sunday’s NFC Championship Game between the Los Angeles Rams and the San Francisco 49ers rescued a woman and her dog from a burning home in East Los Angeles, authorities said Monday.

“Capt. William Basulto wanted to fulfill his dream by taking his dad and son to the Rams Game yesterday,” Lisa Derderian, of the city of Pasadena, said in a statement on Monday morning.

“While dressed in their good luck Rams attire and loading up their vehicle for tailgating, his dad noticed heavy smoke coming from a home a few doors down on the 3800 block of Dozier Street in East Los Angeles,” Derderian said, noting that was at about 10:30 am Sunday.

“William quickly ran to the house where he was told a woman in her 50s was trapped on an upper floor that was filling with smoke. He gave direction to neighbors to get a ladder, to call 911 and told them where to direct their garden hoses “He was able to rescue the woman and her dog as fire personnel were arriving on-scene,” Derderian said.

Basulto then gave arriving firefighters an update on the incident, and helped them set up their hoses to extinguish the fire, Derderian said.

Basulto still made it to the game, minus being a little late to the tailgate party. Derderian said the fire captain called saving the woman and her dog and seeing the Rams beat the 49ers 20-17 a win-win. 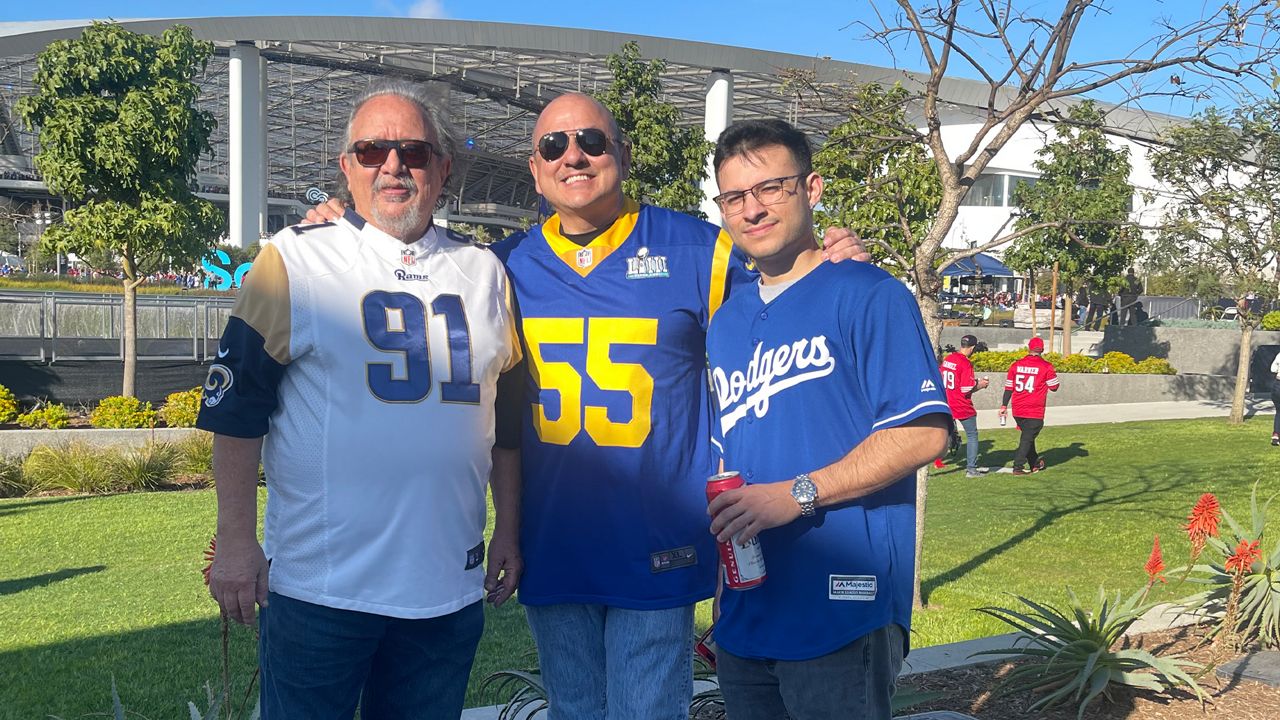