Life in a Box

“I saw Landon Doak and Matthew Finlan’s two-person musical — about two stoner friends who travel back in time — pre-pandemic and absolutely loved it. They’re both super-talented singers. During the pandemic, they did their show on Instagram, and it translated well. They’re funny, the music is great and their enthusiasm is spectacular. ” 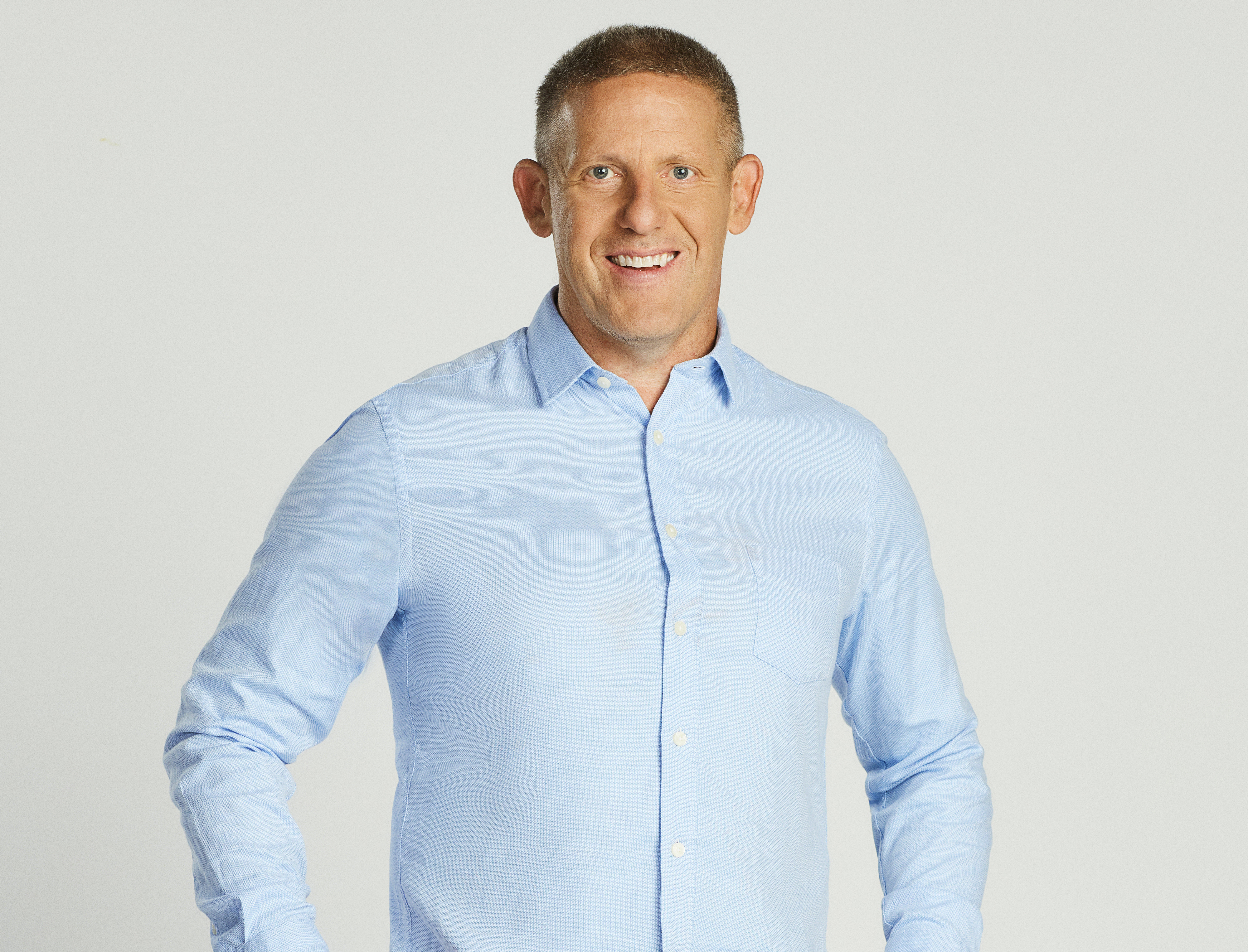 “I’m a big Billy Crudup fan, all the way back to Almost Famous. He’s virtually unrecognizable in this Apple TV Plus show, where he plays a network CEO. Crudup’s character is supposed to be unlikable, but it’s hard not to admire his drive to succeed, even at the risk of compromising everything else. In Season 2, there’s a plotline that progresses in real time from February of 2020 onward. It took me back to the start of Covid — without being retraumatized. ” 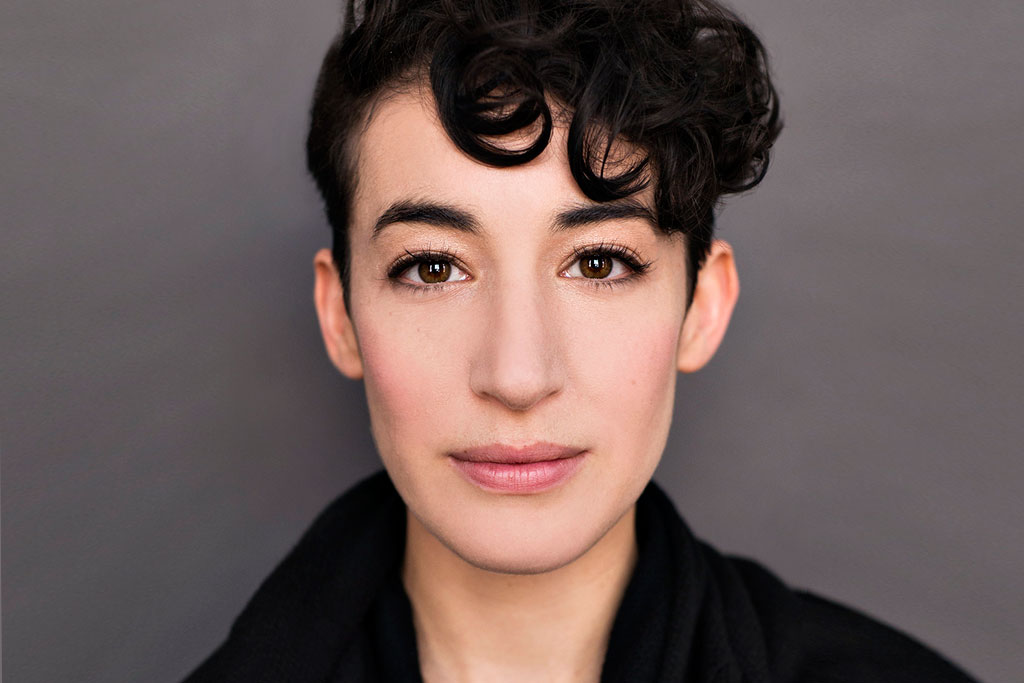 The Listeners by Jordan Tannahill

“Tannahill is one of the most inspiring creators from this country. This novel is about a woman who is plagued by a mysterious vibrational hum, and her inability to locate the origin of the sound causes her to fall apart. It’s a book about belief and community and trust and isolation and how to accept things outside of our control. It lived under my skin from start to finish and haunts me weeks later. ”

“This New York – based comedy podcast keeps me laughing along to the latest pop culture news, but it’s also a space where BIPOC queer people can tune in and feel like they’re not alone. When I listen to hosts Crissle West and Kid Fury, I’m often reminded of my own circle of friends and how we hang out, create a safe space for each other, talk about real (sometimes uncomfortable) issues and belly laugh for two hours . ” 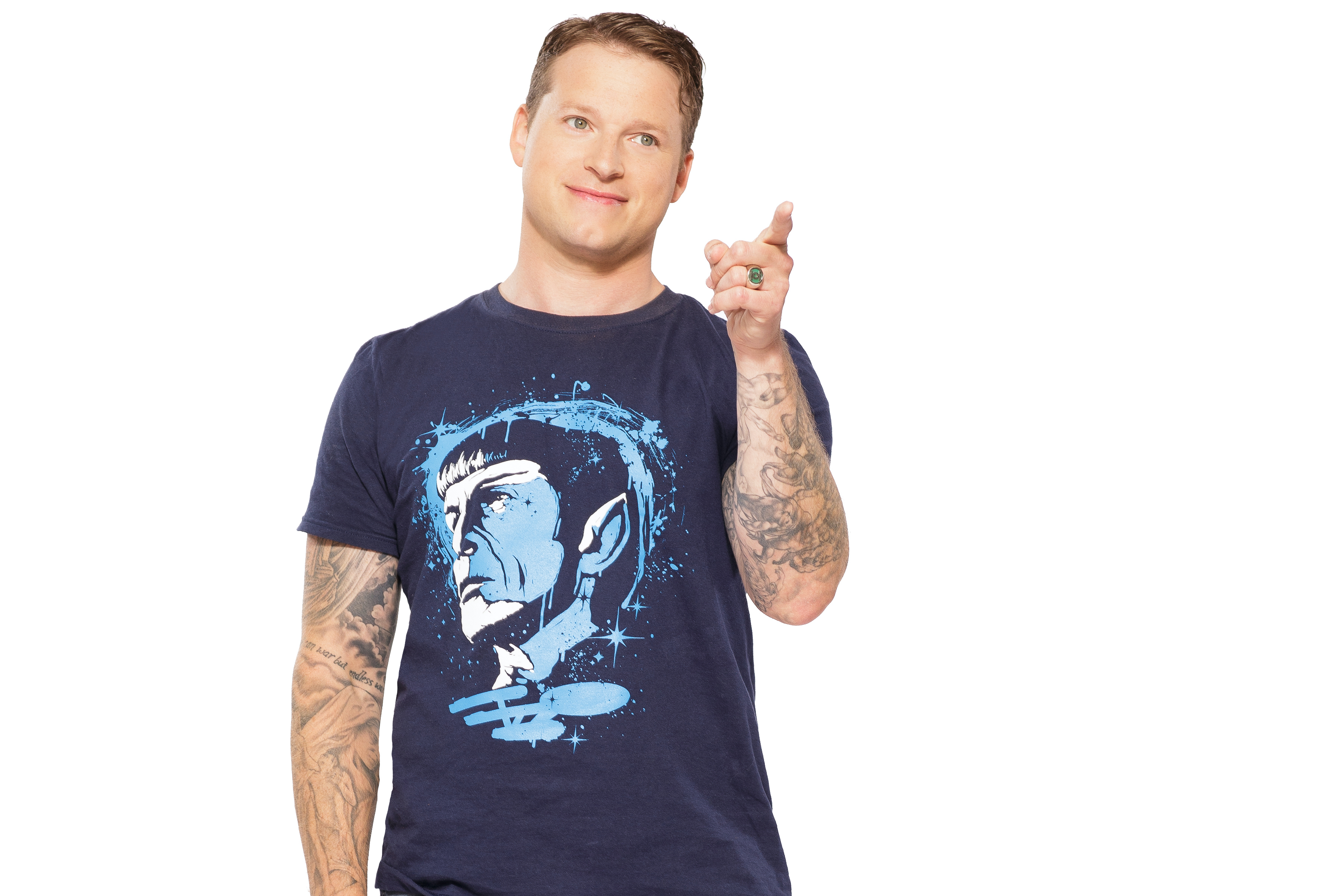 “Tragic characters are the best characters, and few characters are more tragic than outlaw Arthur Morgan, the protagonist of this action-adventure Wild West video game. The story is set in 1899, and players move through the world as Morgan, who spends his life roaming the West. It also has plenty of comedy and features some of the most breathtaking visuals I’ve ever experienced in a game. ” 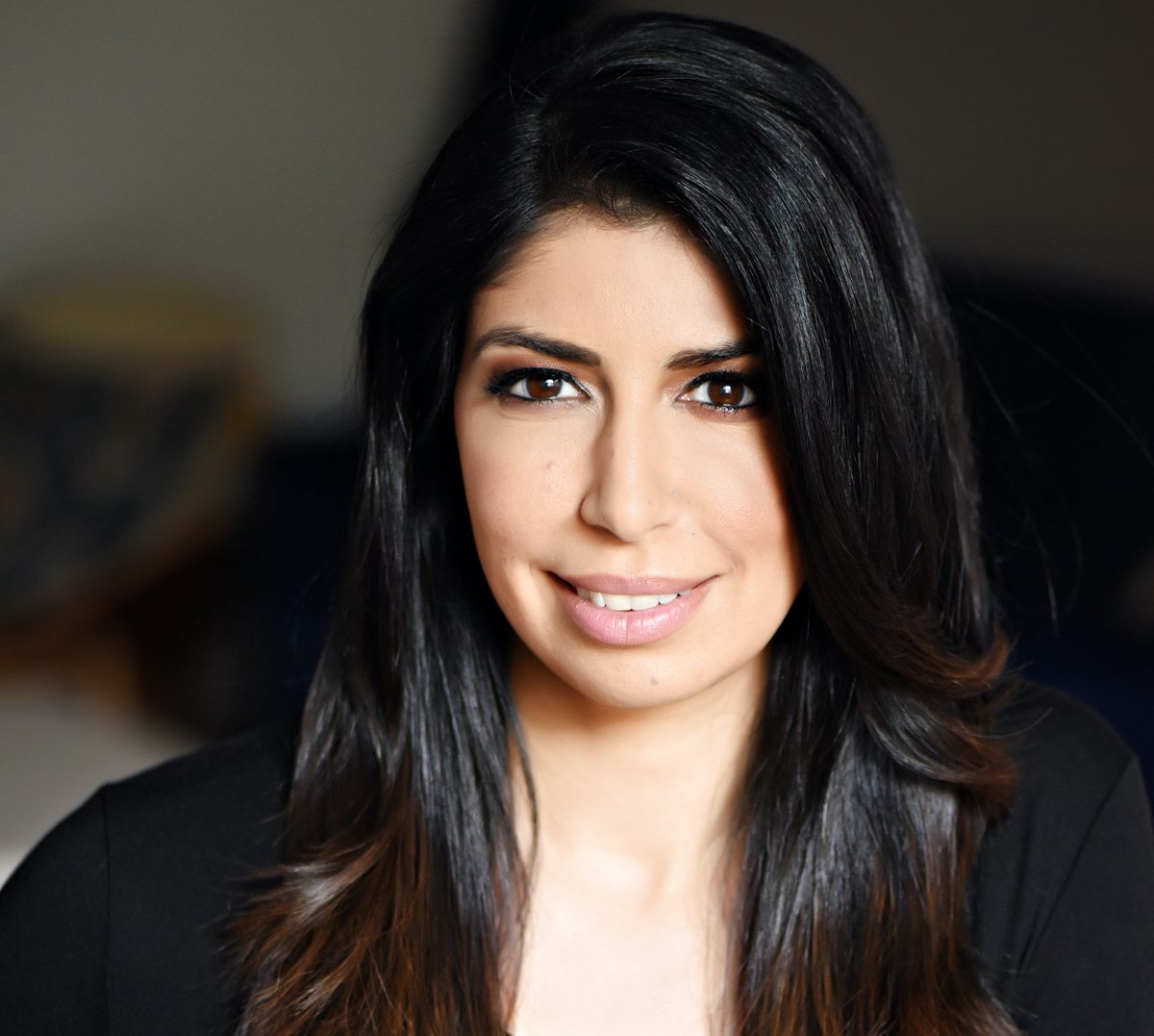 “Modern Love, based on the New York Times column of the same name, is my go-to comfort TV. Each 30-minute episode takes you through a love story. It can be cheesy at times and even sad, but for the most part it’s like a warm hug and gives me all the feels. It adds some much-needed inspiration, love and goodness to those times when things seem a little gloomy. ” 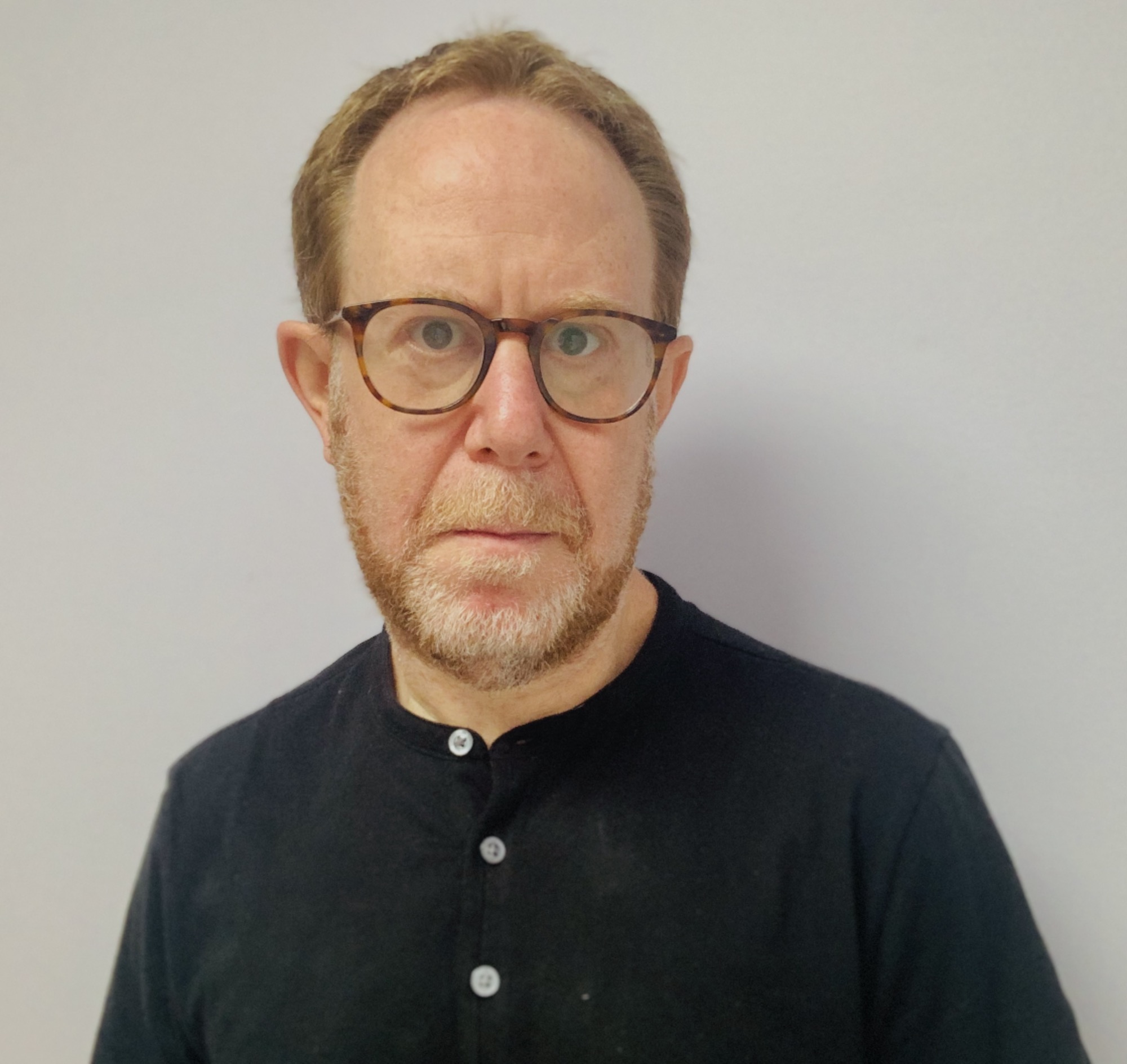 How To With John Wilson

“Both seasons of this comedic documentary masterpiece helped me through some of the dark days of the pandemic. The host, John Wilson, walks around New York interviewing people on the streets, and the result is an idiosyncratic blend of personal diary, urban ephemera and off-kilter life advice. It’s the perfect mixture of laugh-out-loud funny and utterly poignant. ”

“’Four Women’ recounts the experiences of four Black women from different generations and the traumatic residual impact of slavery and systemic racism on their existence and humanity. I discovered the song in 2018, but it was only after the pandemic that I really started to go home in on the lyrics and listen to it on repeat. Simone’s raw emotion, authenticity and ability to reflect through music really speak to me. ” 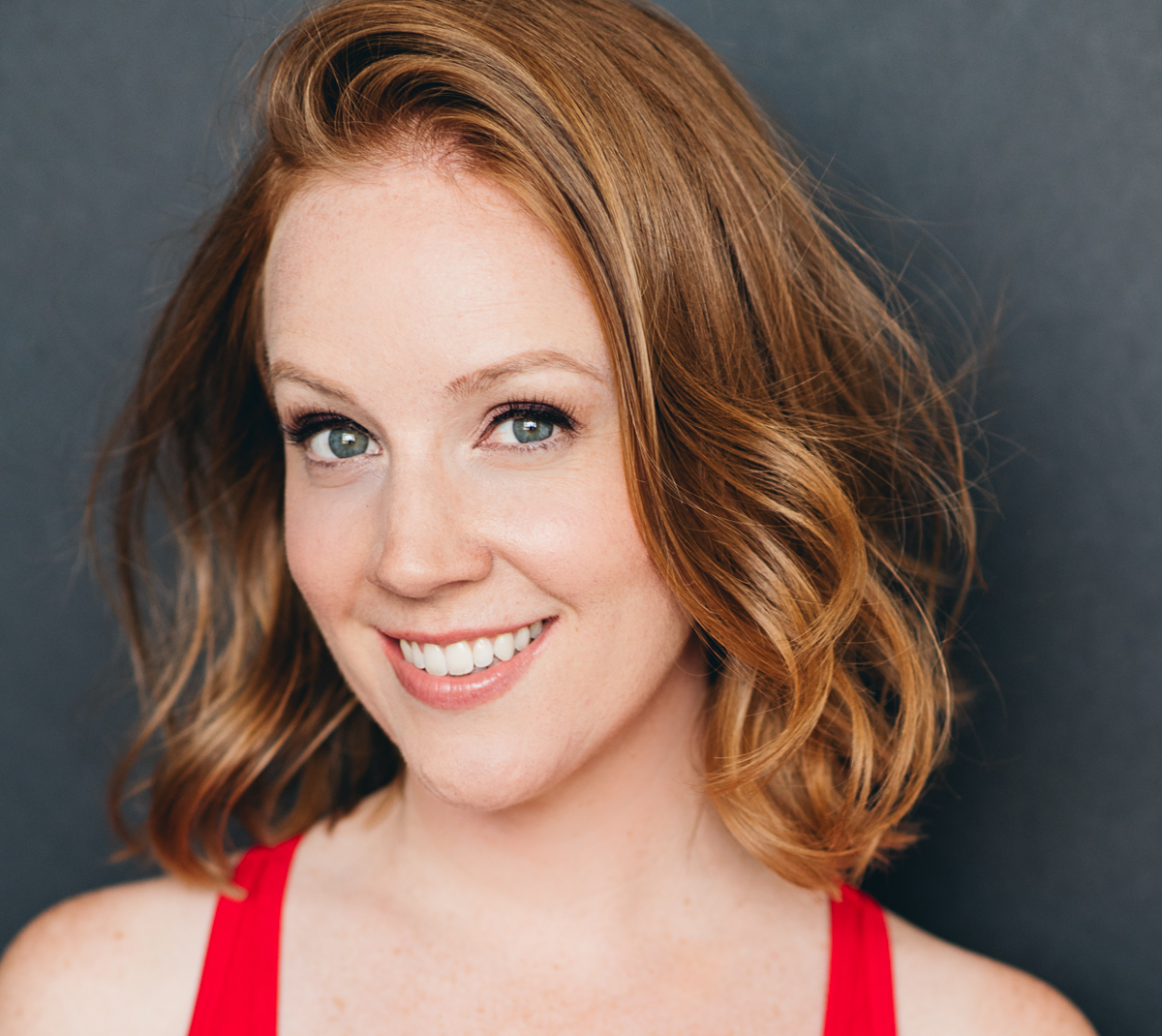 Stop what you’re doing and watch Maid on Netflix. It’s a raw, real and deeply infuriating story of a young mother leaving an abusive relationship and attempting to navigate the broken welfare system. It’s all based on a true story, and Andie MacDowell gives the performance of her career alongside her real-life daughter Margaret Qualley, who plays the lead. ” 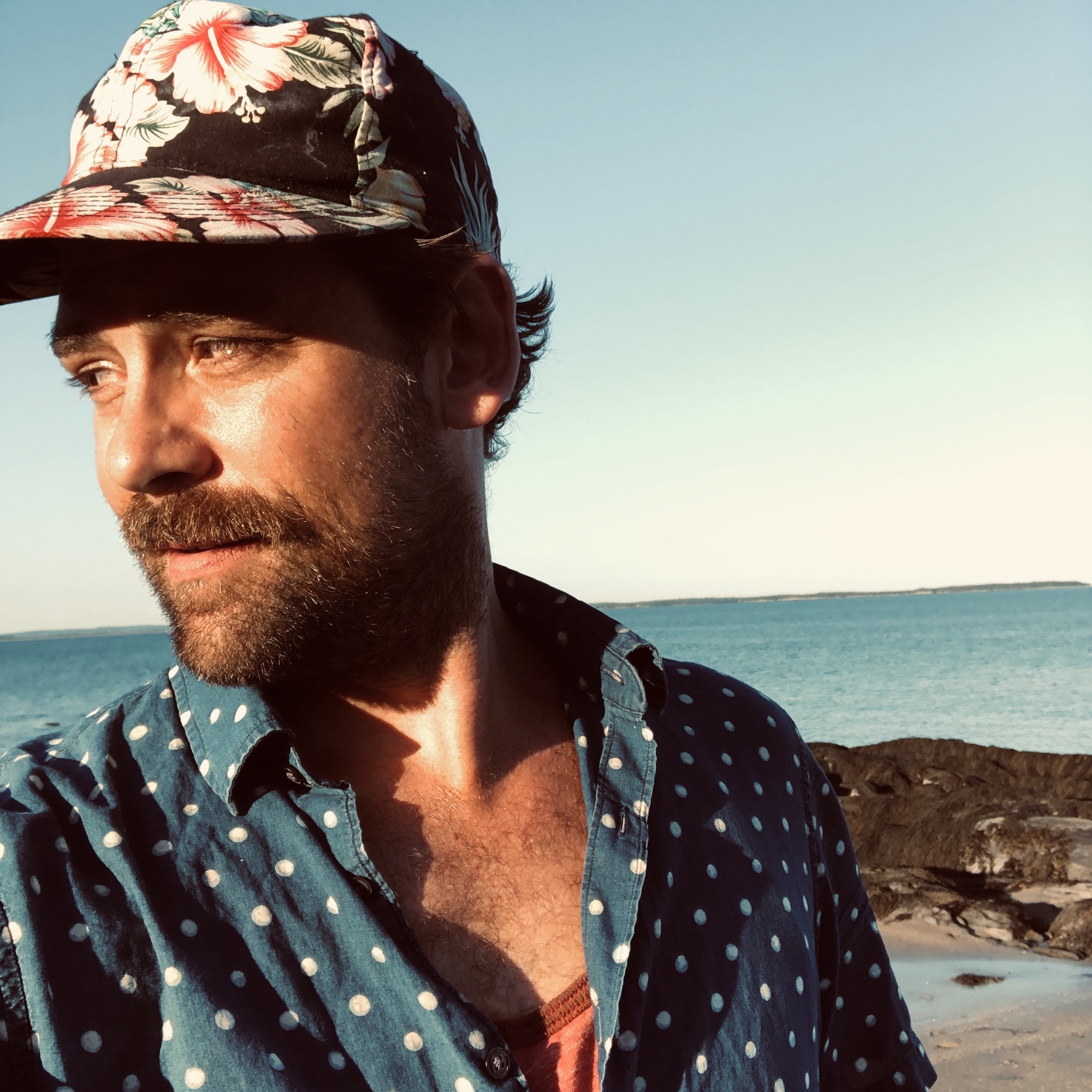 Recommended by Andrew Shaver, musician and member of Clever Hopes

“In the summer of 2020, I lost myself in this show from writer-actor François Létourneau. It’s about two less-than-content married couples in suburban 1970s Quebec who spend a summer fumbling their way up in the world of organized crime. What follows is a very funny (and poignant) look at what we do for love. Or, perhaps, what we do in pursuit of it. Shooting on the second season wrapped in fall of 2021, and I’m pumped for its release this summer. ” 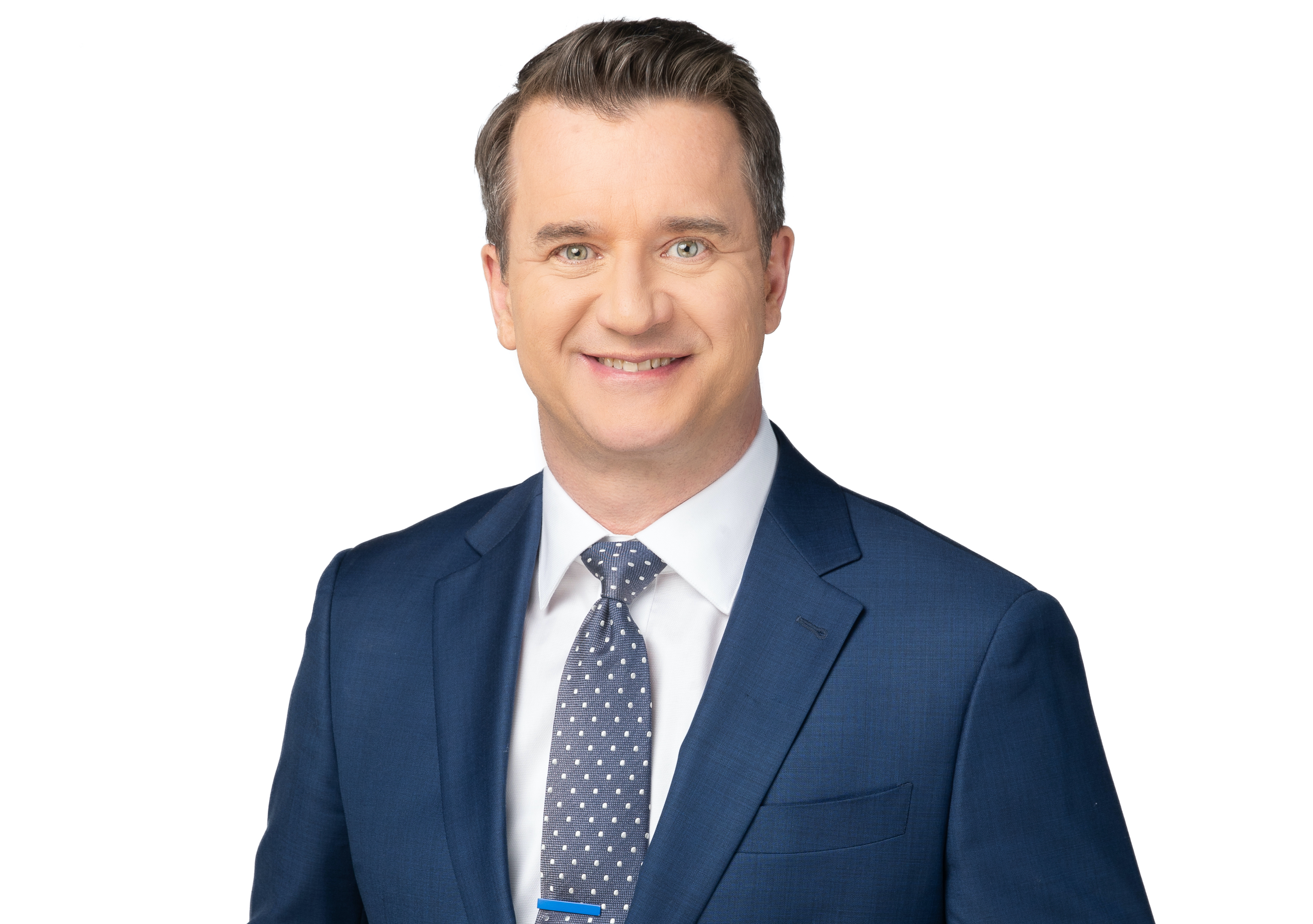 The Legendary 1979 No Nukes Concerts

“I grew up loving punk and new wave, and I never connected with Springsteen’s stadium-filling anthems. But the infectious energy of these 1979 concerts at Madison Square Garden is impossible to resist. The E Street Band chugs along with muscle and swagger while Springsteen throws himself into his songs, declaring at one point that he just turned 30 and can not go on like this. Spoiler: he does. ”

“I’m a huge fan of teen shows, but Reservation Dogs is more than that. It’s the first of its kind — a series entirely written, directed, and (mostly) acted by Indigenous people. It’s hilarious, heartbreaking, entertaining as hell and a refreshing look into the lives of kids in rural Oklahoma. The series is a cross between shows like Atlanta spirit What We Do in the Shadows and also includes queer Indigenous talents like Devery Jacobs, Tommy Pico and Sydney Freeland. ” 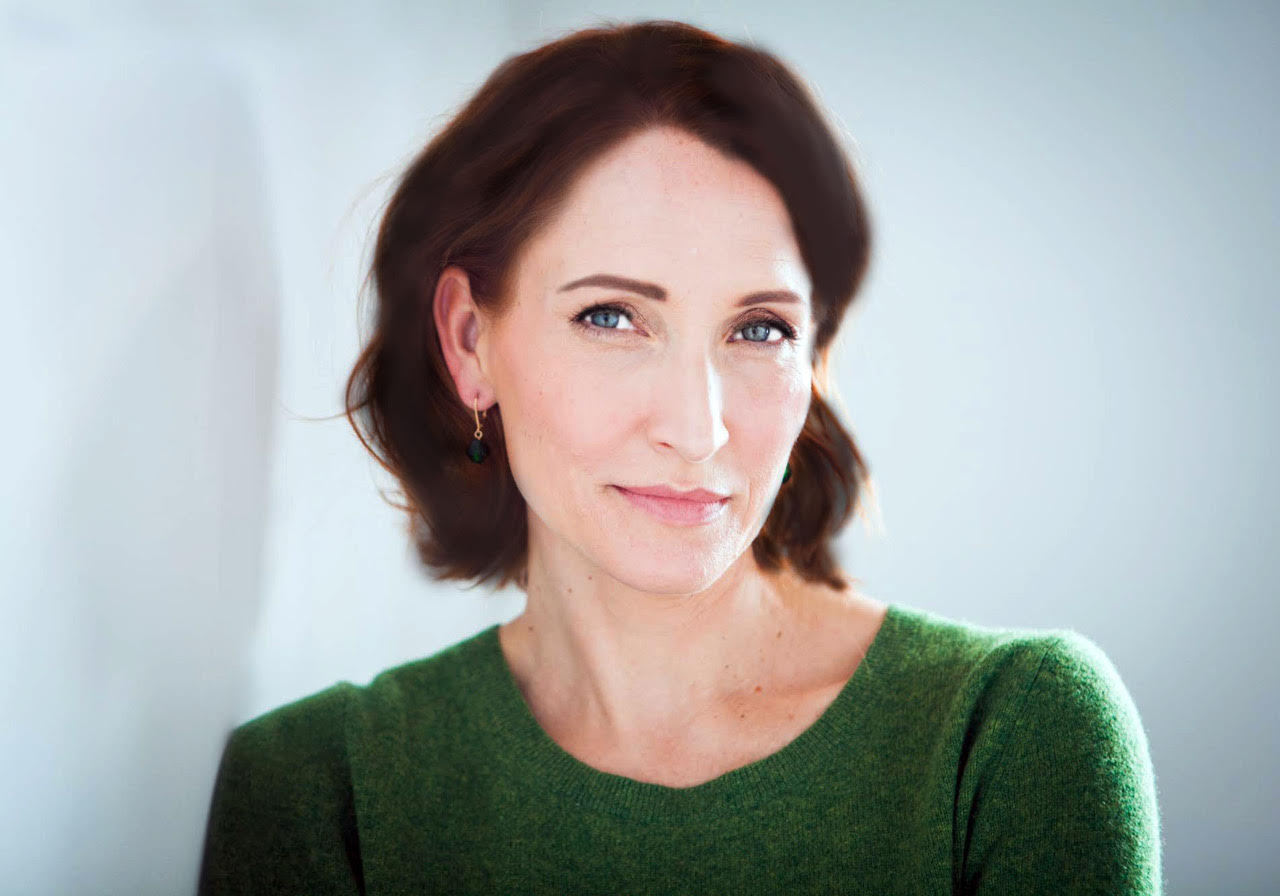 From the Ashes by Jesse Thistle

“I just finished Thistle’s memoir about his experiences with homelessness and addiction. I was so taken with the brutal honesty of his writing and bravery in sharing the most tragic parts of his personal journey. By the end of the book, I was totally inspired. I found him on social media, and I was thrilled to see pictures of him and his wife and their new baby. The perfect ending to what is ultimately a beautiful story of hope, love and perseverance. ”

Hosted by Kevin McCloud, this show follows property owners attempting to build non-traditional homes by themselves. Kevin comes back every few months (sometimes years) to check on the families. Kids go to college, couples divorce, parents pass away, full lives are lived throughout a single episode, and at the end you get to see what’s become of the house. ”

Recommended by Matt King (first from right), musician and member of Absolutely Free

“Contrapoints started on YouTube as a critique of the platform’s growing far-right subculture, but it has grown into so much more than cultural commentary. In 40 to 90 minutes, host Natalie Wynn uses DIY backgrounds, over-the-top costumes and a campy overtone to offer incredibly sharp commentary about trans rights, class inequality and racial justice. ” 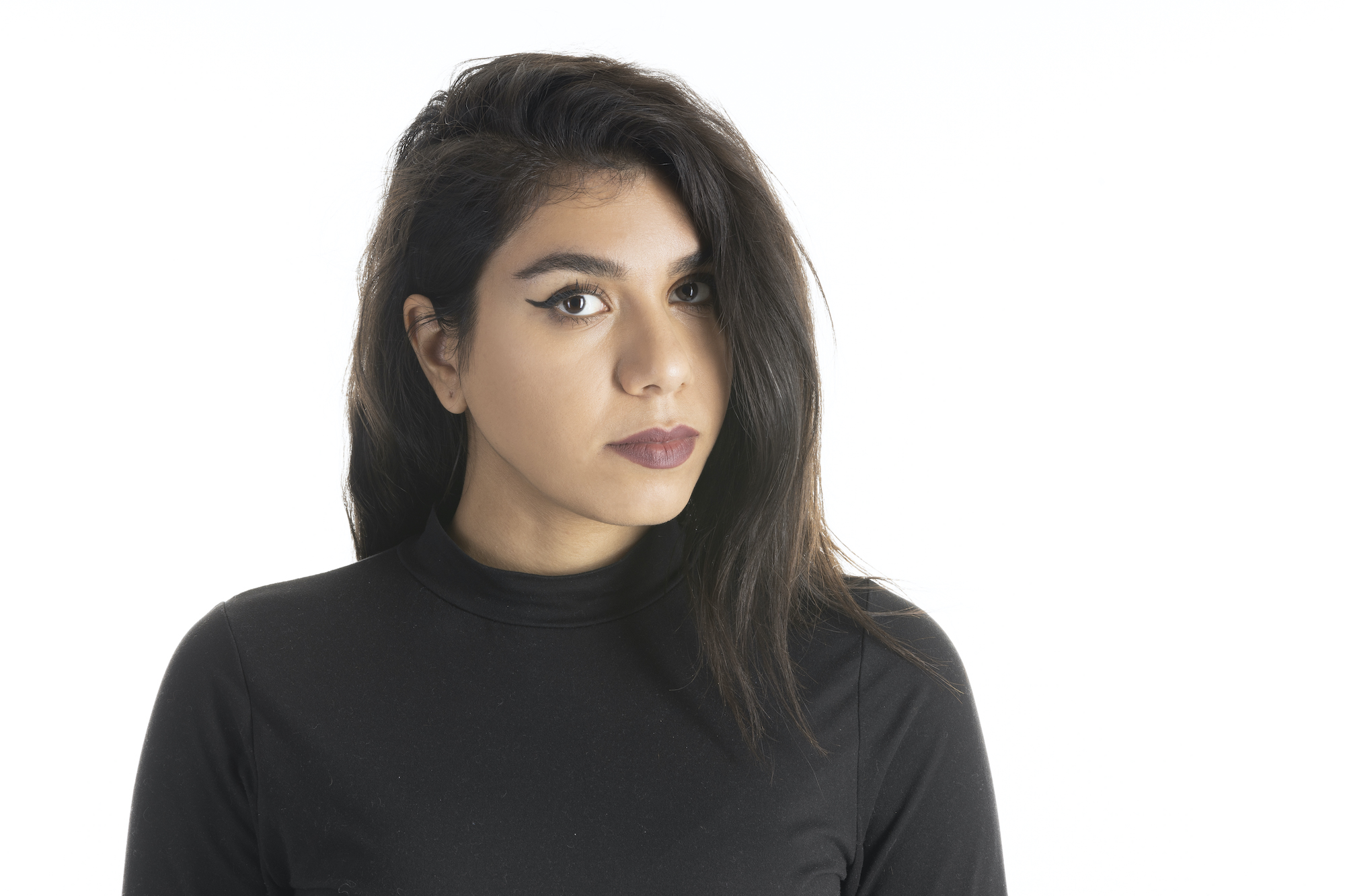 “This is a monthly performance at various locations around Toronto that includes gay, lesbian, trans and non-binary artists as a way to introduce LGBTQIA + nightlife to the Middle Eastern community. The shows are the brainchild of drag performer Javid Jabari, and they perfectly highlight Persian queer identity and tradition. It’s a chance to interact with a culture rarely seen this way. ” 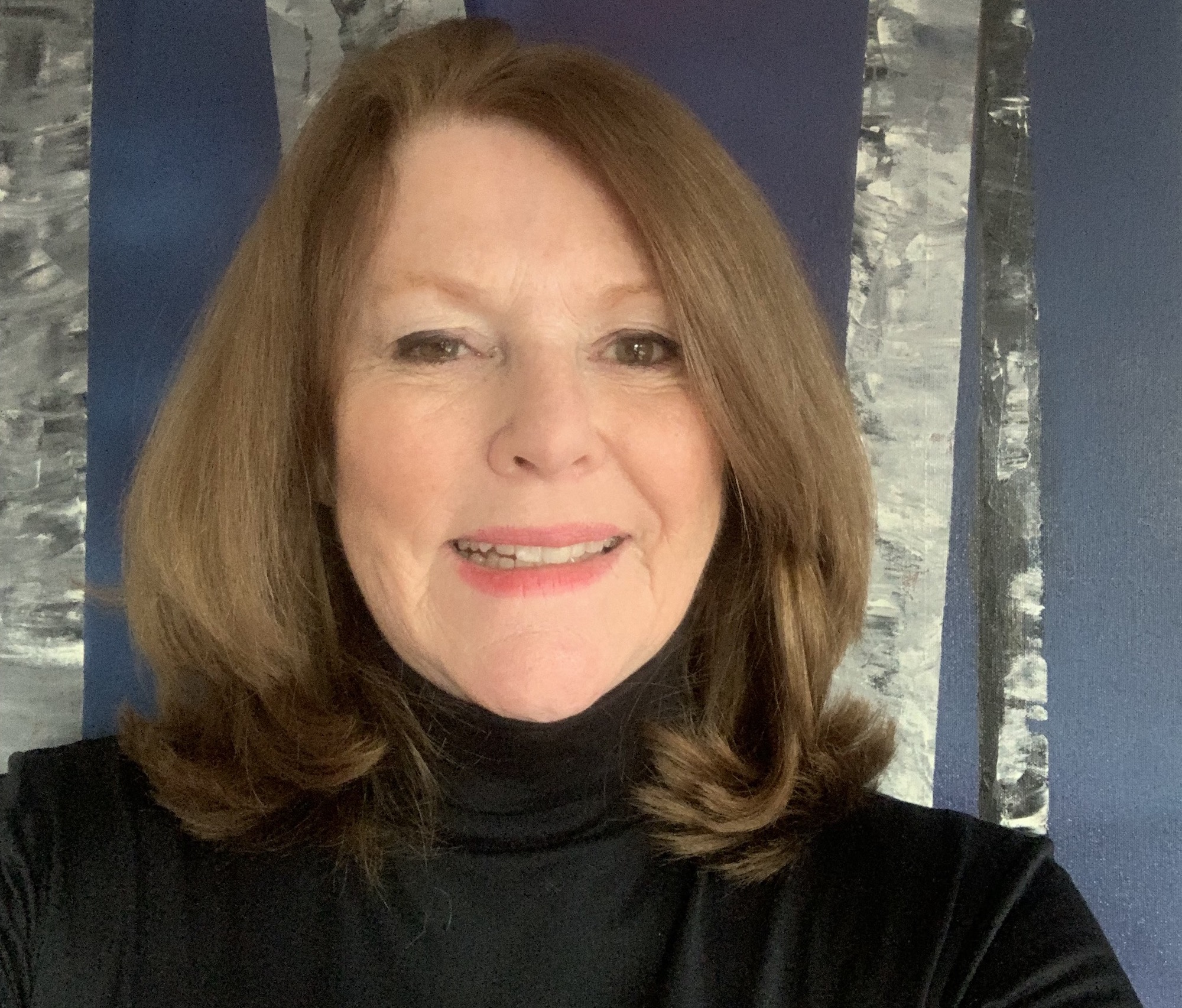 “I’ve been an avid Scrabble enthusiast since I was a kid, so when the Scrabble Go app launched in March of 2020, I got it immediately. I play far too often and now have an incredible reserve of useless knowledge, including every two-letter word in the English language. ”