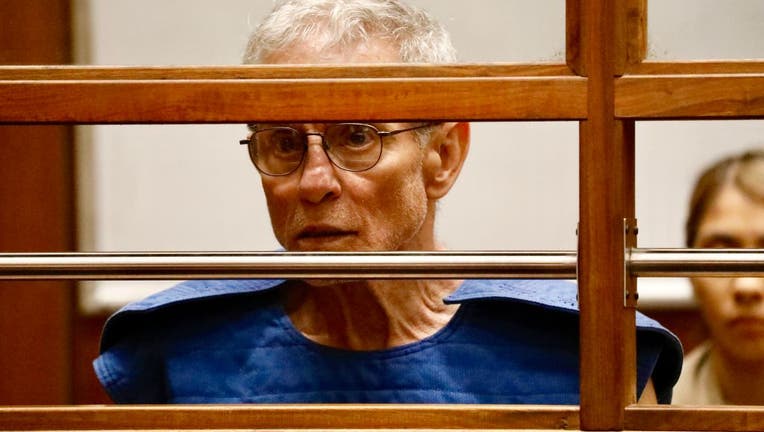 LOS ANGELES – A federal judge has denied a defense bid to have Ed Buck’s convictions for providing the drugs that killed two men in his West Hollywood apartment overturned on the grounds that the government used evidence of the defendant’s sexual fetishes to unfairly prejudice the jury, according to court papers obtained Tuesday.

U.S. District Judge Christina Snyder heard arguments Monday and took the matter under submission, saying she needed time to examine defense arguments before ruling on the acquittal motion. Her written ruling was filed later that day.

Sentencing is scheduled for April 14. Buck faces between 20 years and life in federal prison.

A defense attorney had argued via Zoom that prosecutors improperly “kink-shamed” Buck during trial by pointing the jury toward his sexual practices in an effort to obscure insufficient proof supporting the government’s charges.

Mark Werksman further alleged that the two victims, Gemmel Moore and Timothy Dean, suffered multiple underlying medical conditions that caused their deaths, not the methamphetamine they ingested at Buck’s apartment.

During the brief hearing, Assistant U.S. Attorney Lindsay Bailey responded that several medical experts, including a county medical examiner, called to the stand by prosecutors had testified that both men died from lethal overdoses of methamphetamine.

As for the evidence deemed “unfairly prejudicial” by Werksman, the judge pointed out that much of it came from Buck’s own cell phone.

Werksman argued in his motion that Buck was convicted not on the prosecution’s evidence, but on “extremely prejudicial and irrelevant character evidence, which included a concerted effort to kink-shame Mr. Buck by presenting graphic images and videos of his sexual fetishes.”

The impact was “so damaging that on day four of the nine-day trial, it prompted the Court to suggest that as a result of the` ongoing psychological impact ‘this evidence may have on the jury, “counseling may be offered at the conclusion of the case, according to Werksman.

After just 4 1/2 hours of deliberations on July 27, 2021 – the four-year anniversary of Moore’s death – a federal jury in downtown Los Angeles found Buck guilty of the nine felony counts he faced.

Get your top stories delivered daily! Sign up for FOX 11’s Fast 5 newsletter. And, get breaking news alerts in the FOX 11 News app. Download for iOS or Android.

The prosecution presented evidence that Buck engaged in a pattern of “party and play,” or soliciting men to consume narcotics that he provided and perform sexual activities at his apartment. In these sessions, Buck distributed drugs, including methamphetamine, and, in some instances, injected victims with drugs intravenously.

Buck solicited his victims in various ways, including using social media platforms, dating and escort websites, or via referrals from prior victims, including individuals he hired to do other work for him, offering a finder’s fee for referrals.

The men who came to Buck’s apartment were destitute, homeless or struggling with drug addiction. Evidence including photos and survivors’ testimony detailing the drugs-and-sex sessions caused some spectators to look away or leave the courtroom.

Buck – who has donated more than $ 500,000 to mostly Democratic causes and served in 2016 as one of California’s Electoral College members – was convicted of two counts of distribution of controlled substances resulting in death, stemming from the deaths of Moore in July 2017 and Dean in January 2019. The charge carries a 20-year mandatory minimum.

Buck, now 67, was also convicted of enticing Moore and another man to travel to Los Angeles to engage in prostitution; knowingly and intentionally distributing methamphetamine; and using his West Hollywood apartment for the purpose of distributing narcotics such as methamphetamine, and the sedatives gamma hydroxybutyric acid (GHB) and clonazepam.

Prosecutors alleged that Buck caused the deaths as a result of his “fetish” for injecting men with increasing doses of methamphetamine until they became comatose. The defense countered that the victims suffered from serious medical conditions that ended their lives.

Buck declined to testify in his own defense.

Over the course of the trial, federal prosecutors called more than 20 witnesses, including four men who told of smoking methamphetamine that Buck provided and then being pressured to allow the defendant to inject them with the drug.

The acquittal motion argued that the only evidence that Buck distributed methamphetamine and other drugs at his apartment was bolstered by “the testimony of a parade of financially motivated houseless individuals” and drug addicts and should not have been believed.

Tune in to FOX 11 Los Angeles for the latest Southern California news.

Deadly ambulance ramping at Victorian hospitals was on the rise before COVID-19, study finds

Teams that work to take their businesses higher