Now, as we look toward the future, we also reflect on these first days in office.

Mayor Adams joined us live on Eyewitness News This Morning on Friday to discuss those topics. 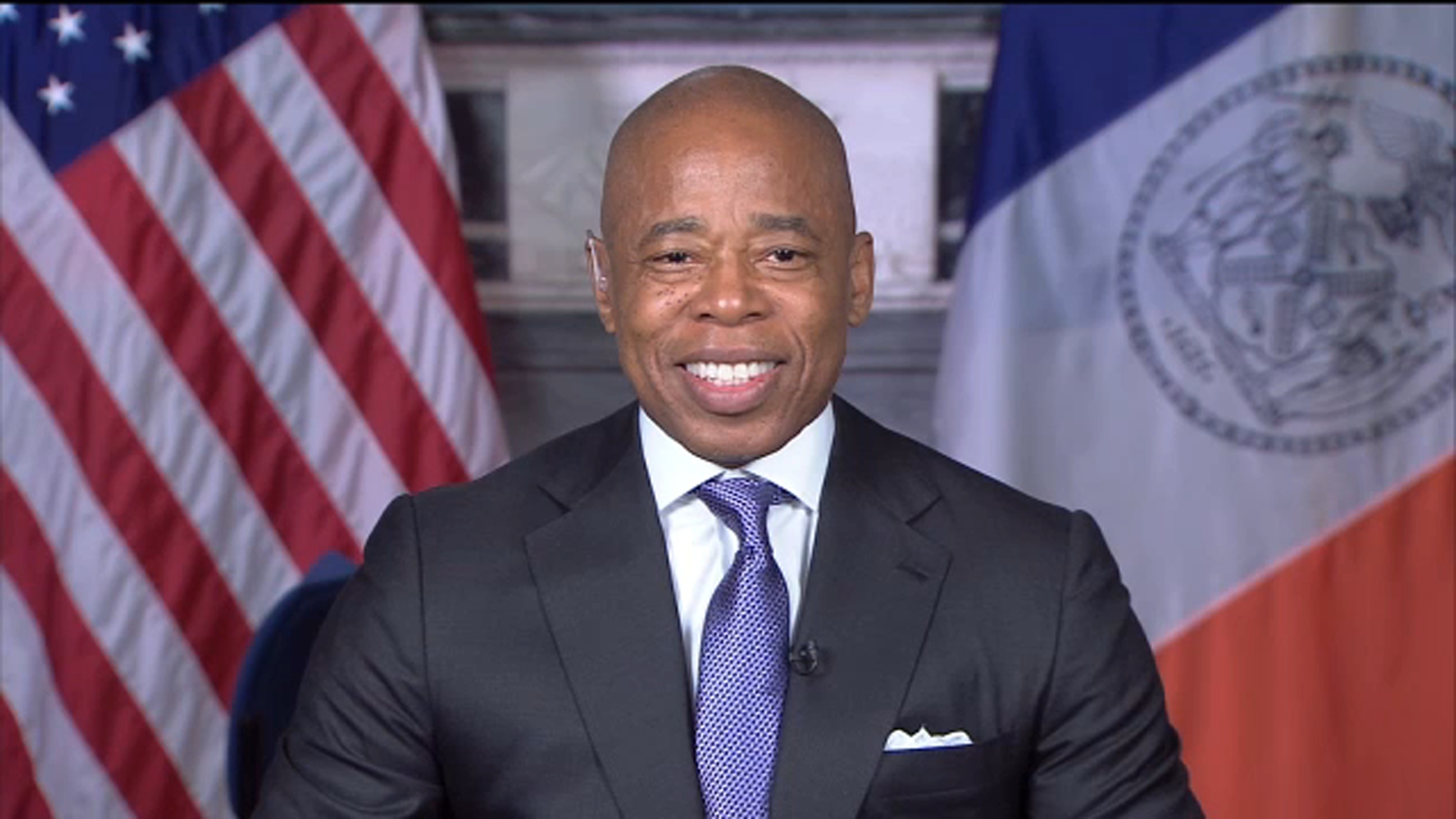 During Adams’ campaign, he talked a lot about public safety and making New York City safer. As he approaches his first 100 days in office crime is up nearly across the board. Eyewitness News asked him what his assessment was of how he tackling it, specifically what letter grade would he give himself on fighting crime?

“I’m a tough grader, but clearly these problems have been decades in the making as we witness this problem all over our country and the over-proliferation of handguns on our streets. I have to really thank the commissioner. We are laying the foundation to move ourselves to a safe city. We removed over a thousand guns off the streets of New York and that continuous flow is still here. So the next step is to look at our Anti-Gun Unit, something that we just rolled out. We have made over 100 arrests since being initiated.We are also looking at some of those quality of life issues, and so we have a long way to go, we are incomplete on the task that we want to look at the systemic problem that has existed and really, has swept this entire country, “Adams said.

Lawmakers in Albany are voting on a new budget and that includes changes to bail reform. It also includes an expansion of Kendra’s Law, allowing judges to force certain mentally ill people to get treatment. Mayor Adams pushed for both. Eyewitness News asked what in particular he thinks these changes will mean for public safety and homelessness.

“Well, details are still emerging and if the details are true we have to really look at the success that we were able to move Albany in the right direction. Clearly, we are going to receive millions of dollars with my people’s plan, earned income tax credit, child care, all of those things that I state are the feeders of crime, but I commend that the lawmakers and the governors they have taken steps to improve some of the crime issues around a bell, around those issues that are evidentiary to fighting crime, but we have a long way to go. This is halftime. There is so much more we have to do, the policies are not really fought out in the budget, they are fought out in the next few months when the session ends I’m going to be up there continuing to look at everything from mayoral control, we have over a million children depending on mayoral control, which is another feeder of crime if we do not get it right. to that continuing conversation, “Adams said.

A big part of the mayor’s initiative has been getting people off the streets, disbanding homeless encampments, getting them off of the subways, but where do they go, and are there enough services and resources in place for them?

“Yes, yes, and yes. There are places for them to go. This is a right to shelter state and a right to shelter city and we should be clear on that, no one is turned away. But we also are creating safe haven beds for those who are dealing with mental illnesses. So it’s not that we are kicking them out of the subway system, we are being humane. There is nothing dignified about allowing people to live in tents, live homeless on the subway system, not have an access to showers, food, health care, and we’re turning that around, I’m really impressed with the team coming together to make sure that the coordination of those who know how to give these social services that are needed, our law enforcement, our Department of Sanitation, we have to have a clean, safe city, particularly on our subway system and we are moving in that direction, “Adams said.

“I clearly say all the time that we should be prepared and not panicked. We are here to clearly understand that we turned around the onslaught of COVID through several of the issues that we’ve had over the past few years, new areas that have come out have been extremely challenging, but New Yorkers did the right thing. We wore the masks, we took our vaccines, we made sure we were socially distanced, and we are seeing a great recovery. New Yorkers are going back to work, you can See the excitement down at Times Square. Tourists are returning, so we’re learning that part of COVID we must live with, but if we make the right decisions, such as taking our booster shots, we will be prepared for this future. “Let’s not panic, let’s be prepared. We have better tools than when COVID first hit our city,” Adams said.

Sanitation Commissioner Ed Grayson announced he’s leaving the department. Eyewitness News asked Mayor Adams if it was Grayson’s decision and why make that change right now instead of waiting until summer?

“Yes it was, we come and sit down and talk with all of our commissioners at the beginning and then we do an evaluation. He has been an amazing leader for this city as you witnessed during these snowstorms, during these cleanups that we had to From day one, after the ball drop we saw all of the confetti, but the next day, Times Square was up and operating. And during a difficult time during the school year when we had a snow storm or we said we wanted to keep the schools open, we turned to Commissioner Grayson, and each time we turned to him he responded. I cannot thank him enough, New Yorkers thank him for the years of service he has provided as we move through our city, “Adams said .

On Friday, Mayor Adams is headed to the home opener at Yankee Stadium to support the home team.