AMD’s next-gen Zen 4-based “Raphael” CPU – aka the Ryzen 7000 series that’ll drop later this year – has been spotted out in the wild and tested with benchmarking platform Phoronix Test Suite. 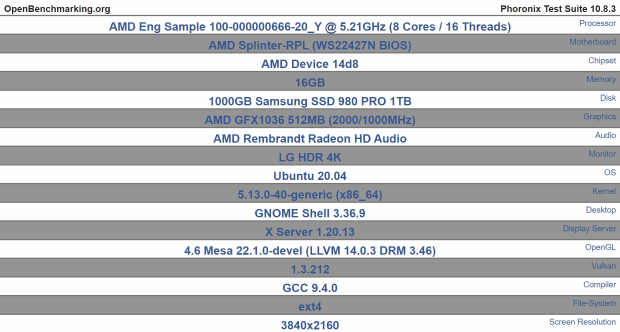 This test is an automated set of benchmarks that, once complete, can verify the product being tested and its stability, as well as its performance. Once the product has been finished its benchmarking run, the results can be uploaded to the OpenBenchmarking website – which is where the Zen 4-based CPU was spotted.

AMD engineering sample “100-000000666” which was spotted back in January, it’s a Zen 4-based 8-core, 16-thread CPU that boosts at up to 5.21GHz. The new Zen 4 processors will be making use of AMD’s upcoming AM5 platform, delivering DDR5 + PCIe 5.0 support. Intel is smashing over 5GHz right now, but AMD has been keeping up at lower clock speeds for a while now (oh how the tables have turned) especially with technologies like AMD’s kick ass 3D V-Cache helping Team Red out in a big way.

This particular Zen 4-based Ryzen 7000 series CPU is using integrated graphics: an RDNA 2 GPU. We haven’t seen this on the desktop CPUs as much as APUs, but things will be changing – AMD should introduce Raphael CPUs with on-board RDNA 2 graphics first – and then shift down to mobile devices. 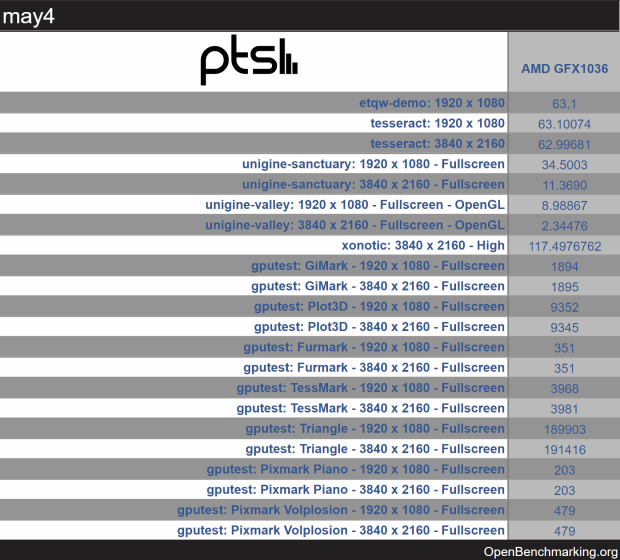 In its basic form, the integrated CPU sucks balls here. It’s not running at full GPU clocks, and barely keeps up with older-gen iGPUs. We do not even have the power to keep up with AMD’s Van Gogh integrated GPU – the GPU powering Steam’s interesting handheld Steam Deck console.

You’re not meant to be buying a Ryzen 7000 series CPU of the future for its integrated graphics, but it’ll be there more as a basic display controller, or for an HTPC. A waste of silicon space, IMO.

The FDA is allowing pharmacists to prescribe COVID-19 pill Paxlovid