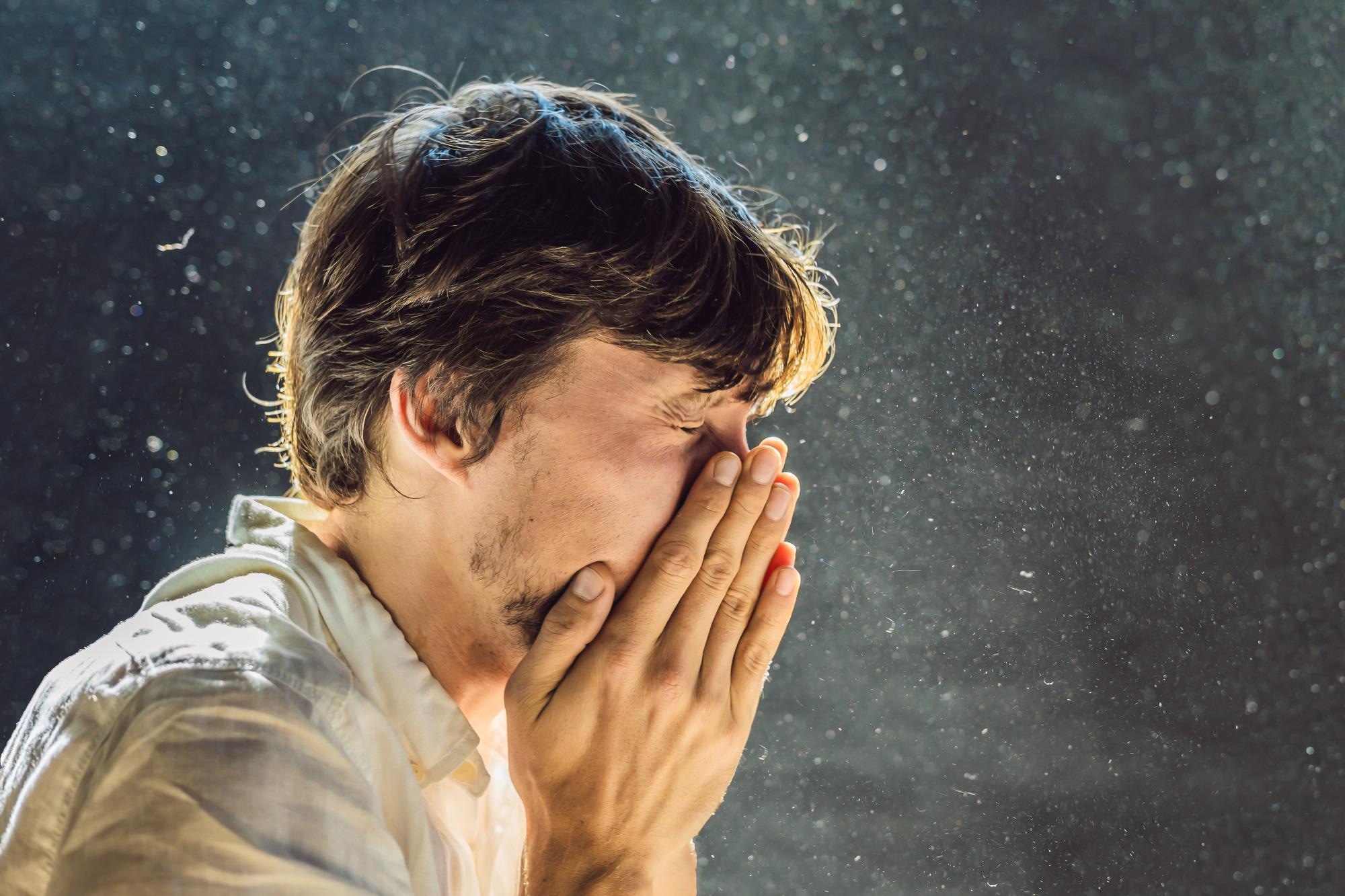 Apart from super spreading events, low and medium risk events also contribute to heightened SARS-CoV-2 infection risk in the indoor environment. It is most likely because the aerosol route, including droplets and their residues, is the principal route of coronavirus disease 2019 (COVID-19) transmission.

Several models have quantified the risk posed by SARS-CoV-2 in indoor environments. However, the earlier single hit models did not treat the droplet inhalation as a discrete process resulting in challenges with linking the viral load in infected individuals to the lung deposition probability in the susceptible individual. A double Poisson model estimates the probability that an individual must inhale a minimum of one droplet for one virion to deposit in the lungs and establish SARS-CoV-2 infection.

Moreover, the earlier risk models assumed a constant final diameter of the droplets because the precise evaluation of evaporation of droplets containing non-volatile salts is a complex process. However, the current study model treated the dispersion mechanism by the ventilation-dependent turbulent diffusion process.

In other words, the present study addresses the missing link between how enhanced viral load increases disease transmissibility via aerosol route following a viral load to aerosol mechanics coupling.

In the current study, researchers used a standard inhalation infection risk problem to demonstrate the applicability of the droplet evaporation-settling-dispersion model. 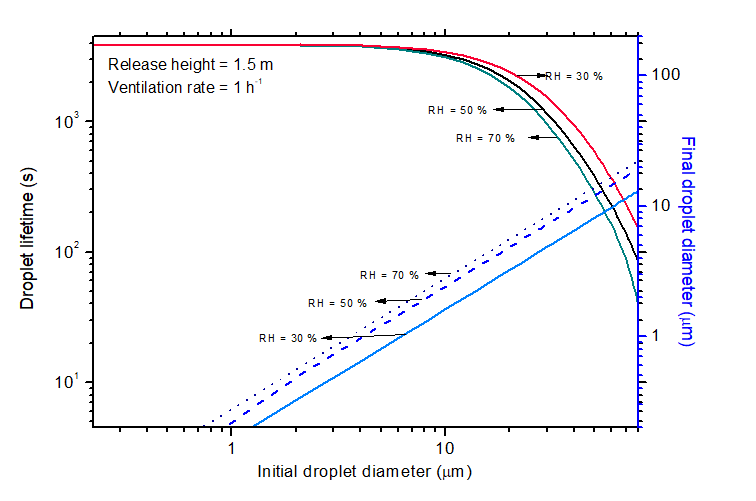 Lifetime of droplets in a typical indoor environment

The researchers established the connection between the viral load and the degree of SARS-CoV-2 dissemination by calculating the exposure time required to attain single-risk for a given expiratory event, including breathing, speech, coughing, and sneezing. They incorporated several factors that possibly influence viral propagation rates, such as mask use, the effect of ambient temperature, relative humidity (RH), and indoor air quality. Additionally, they considered expiratory emission characteristics, such as droplet size distribution, frequency of emission, and virion concentration in emitted droplets.

The solid content in the saliva / droplet, apart from ambient conditions, affects the equilibrium droplet size. Accordingly, the researchers assumed a solid content of 8 g / L and precisely modeled the evaporation of droplets coupled with the other processes. Importantly, they did not believe that the droplets were instantaneously mixed in the room environment and accounted for the effect of ventilation-induced turbulence to simulate the dynamics of the droplets in the room.

Different SARS-CoV-2 variants infect different parts of the respiratory system, eg, Omicron infects and multiplies faster in the bronchus than the Delta variant. Therefore, the researchers accounted for both bronchial and pulmonary deposition events.

They compared the risk predictions from the current study model to those of Nicas et al. It is noteworthy that Nicas et al. proposed the first comprehensive model to study the aerosol route of infection in 2005.

As the viral load exceeded 10 10 RNA copies / mL, the model predicted a smooth shift to risk approaching a higher value and attaining a saturating. As SARS-CoV-2 Delta and Omicron variants produce a higher viral load than older wild SARS-CoV-2 variants, the study model rationalized the observed greater transmissibility of these variants. Since actual disease severity is associated with a variant’s infectivity, the present study demonstrated that infection risk depended on the viral load irrespective of variants.

The model also explored the effect of ventilation rate on indoor infection risks. When the AER was increased from 0.5 h -1 to 10 h -1 for a 10-minute exposure time, the single-hit risk decreased approximately by an order of one. A reasonable explanation is that ventilation eliminates airborne viruses from the indoor environment; however, when viral load increases, the effect of enhanced ventilation reduces because smaller particles also contribute to the risk.

The ambient RH had a negligible impact on the SARS-CoV-2 infection risk. Therefore, higher RH led to larger droplet sizes with reduced lifetime, therefore, lower infection risk. The observed variation of droplet lifetime with RH was significant only for particles in the range of 20–80 µm. Due to evaporation and gravity, large-sized particles decreased to ~ 1 / 5th of the original size.

The study remarkably highlighted the importance of deploying masks, air cleaners, and external ventilation and their role in mitigating SARS-CoV-2 infection risk. The study model also appears attractive for evaluating the cost-effectiveness of technology deployment. Of all the examined parameters, the viral load seemed to have the most dominating effect, and it correlated with the variant type. The analysis revealed that viral load and principles of aerosol physics governed viral deposition in the lungs.

Overall, the study made a valuable addition to the subject of risk evaluation of airborne diseases.

Research Square publishes preliminary scientific reports that are not peer-reviewed and, therefore, should not be regarded as conclusive, guide clinical practice / health-related behavior, or treated as established information.