An exciting finish to the Gold Coast Pro – the first event on the Challenger Series – had web watchers paying more attention to surfing’s second-tier tour than they otherwise would.

This was helped in part by star power – many already-qualified CT surfers were in the draw – and great waves, for the earlier rounds at least.

Tomorrow, the next contest in the series begins yet the ingredients that made the Gold Coast a success have changed for Sydney.

Firstly, of the 160 surfers in the Men’s and Women’s draw, just one of them is on the CT – that’d be Callum Robson. The other 31 CT surfers have presumably jetted off to Grajagan to warm up for the next Championship Tour duel. An understandable position as the forecast is burning bright for East Java.

The same can not be said for Sydney, so let’s dive in and take a closer look. 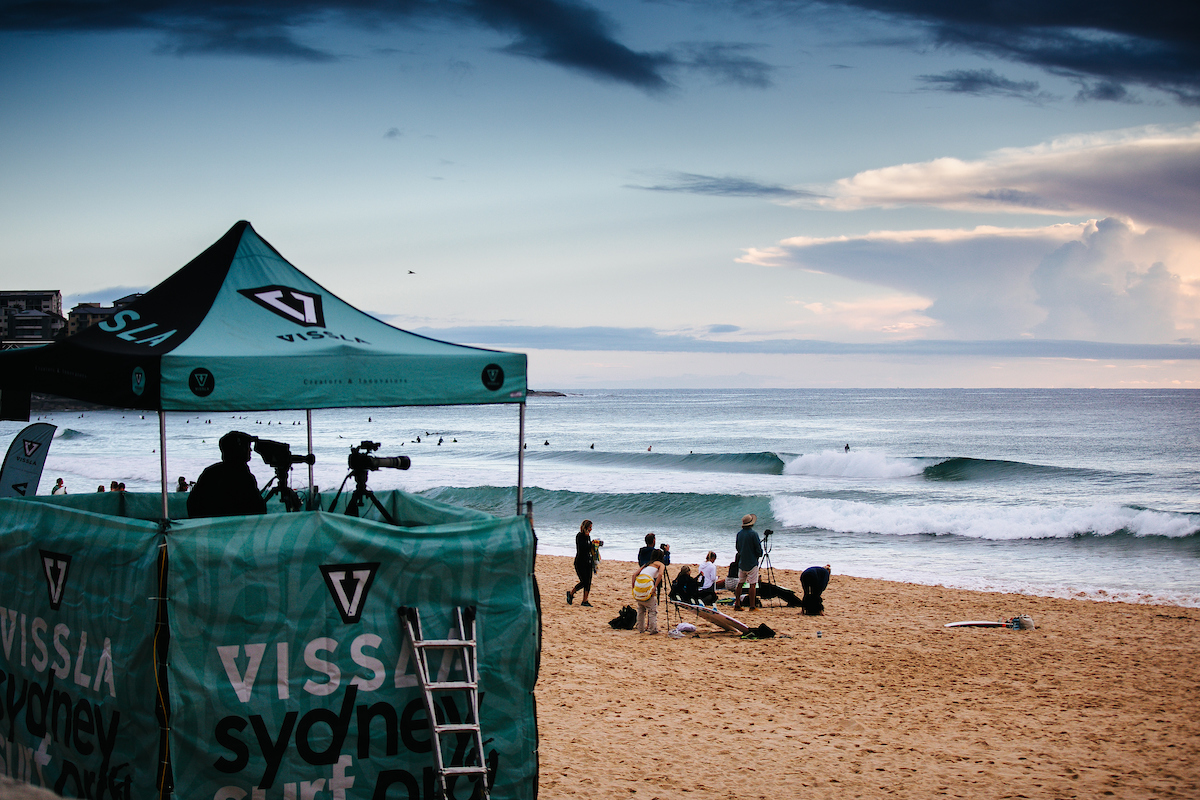 The same easterly tradeswell that fired up the Gold Coast last week also filtered down to Sydney providing smaller, yet still good quality, waves through the week and into the weekend. It was a classic summer swell, but that it was coming a few days out from winter is a conversation for another day.

This morning, one day before the waiting period begins, the north-easterly energy is starting to bottom out with two feet of languid swell, bound to lose more horsepower as the tide runs out after midday.

Tomorrow – Tuesday the 17th – is the first day of the waiting period. Before we get into the weather specifics there are a few things to keep in mind. The waiting period is eight days long and the Woz need a minimum of five days to complete the contest. So at best they’ll have three laydays, but more than likely there’ll be some part days and they’ll use just two full laydays.

As the north-easterly swell disappears there’s nothing to fill its place meaning tomorrow, the first day of the period, will be very small: perhaps just 1 foot of slow NE swell. It will not be breaking through the mid-morning high tide and the Woz will almost certainly consider it a layday. Also tomorrow, however, a slight SW change will move up the coast indicating a change in outlook from the north-east to the south. 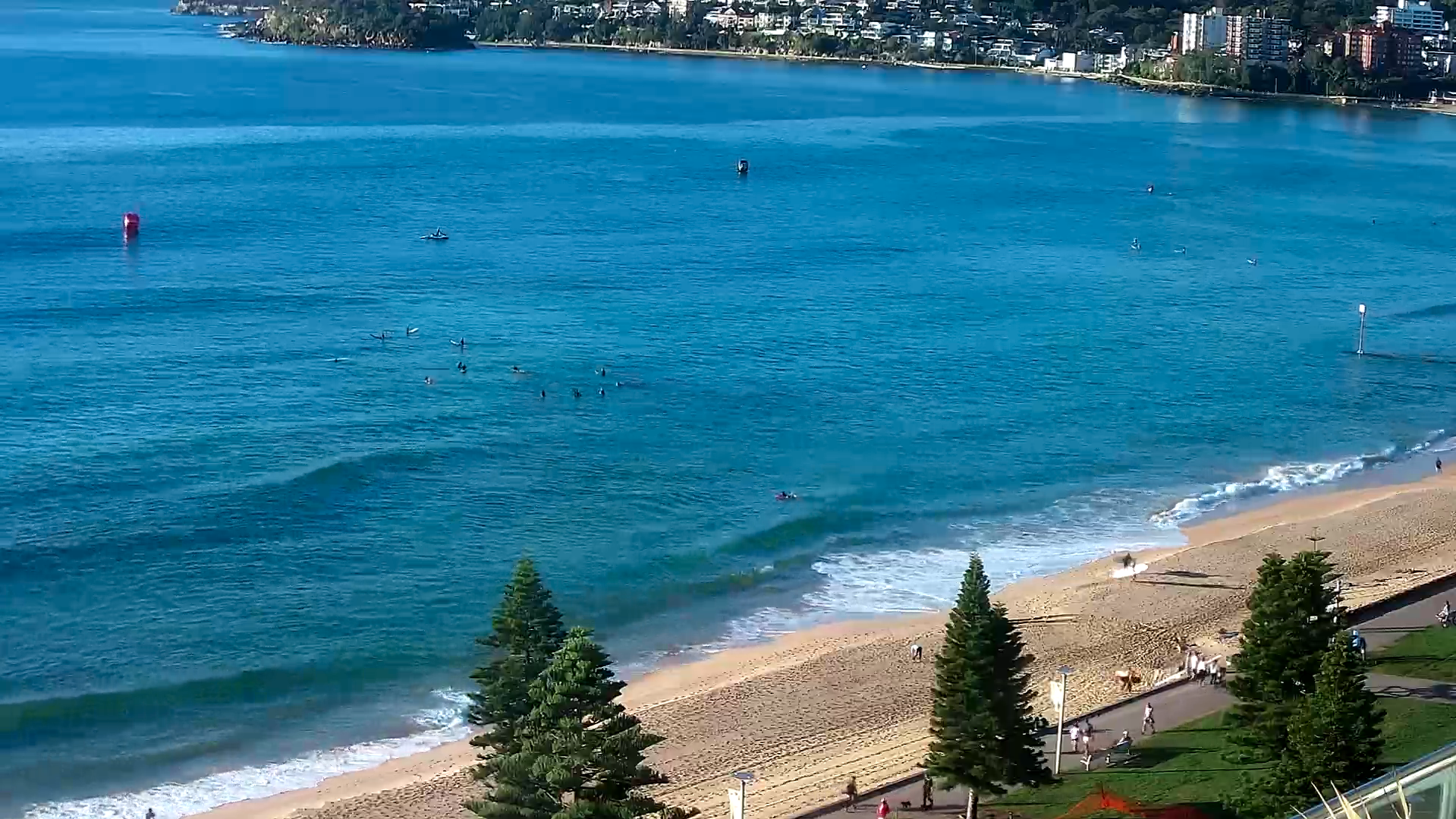 High tide at the contest bank, 8am Monday morning

By Wednesday, the forerunners of a fresh WSW groundswell will be moving up the East Coast, however the swell is very zonal (west-east) with the bulk of it moving towards New Zealand’s North Island (FWIW Raglan will be 15ft + later in the week ). Only a very small amount of swell will radiate back towards the East Coast, and even then Manly is in the swell shadow of Blue Fish Point.

So, Wednesday also looks to be very small, although small from another direction. There’s a good chance it will be a layday too, which means the organizers will be looking to run non-stop from there on.

Fortunately, a second serve of south swell will move up the coast on Thursday, this time running more parallel with the coastline, meaning less size is lost through refraction, and more energy reaches the beach.

How big? The day will begin around 1′-2 ‘feet (and will once again struggle through the 11am high tide) but by close of play there should be 3’ sets. Small, yeah, but as they say in the classics, it’ll be contestable. The wind will turn more southerly as the day progresses.

By Friday, the coast will be completely under the influence of the southerly regine, with both southerly swell and wind dominating. Waves will hover around 3′-4 ‘feet under a cross-shore wind. The same headland that shadows Manly from south swell also offers some protection from south winds, so surface conditions won’t be too bad. 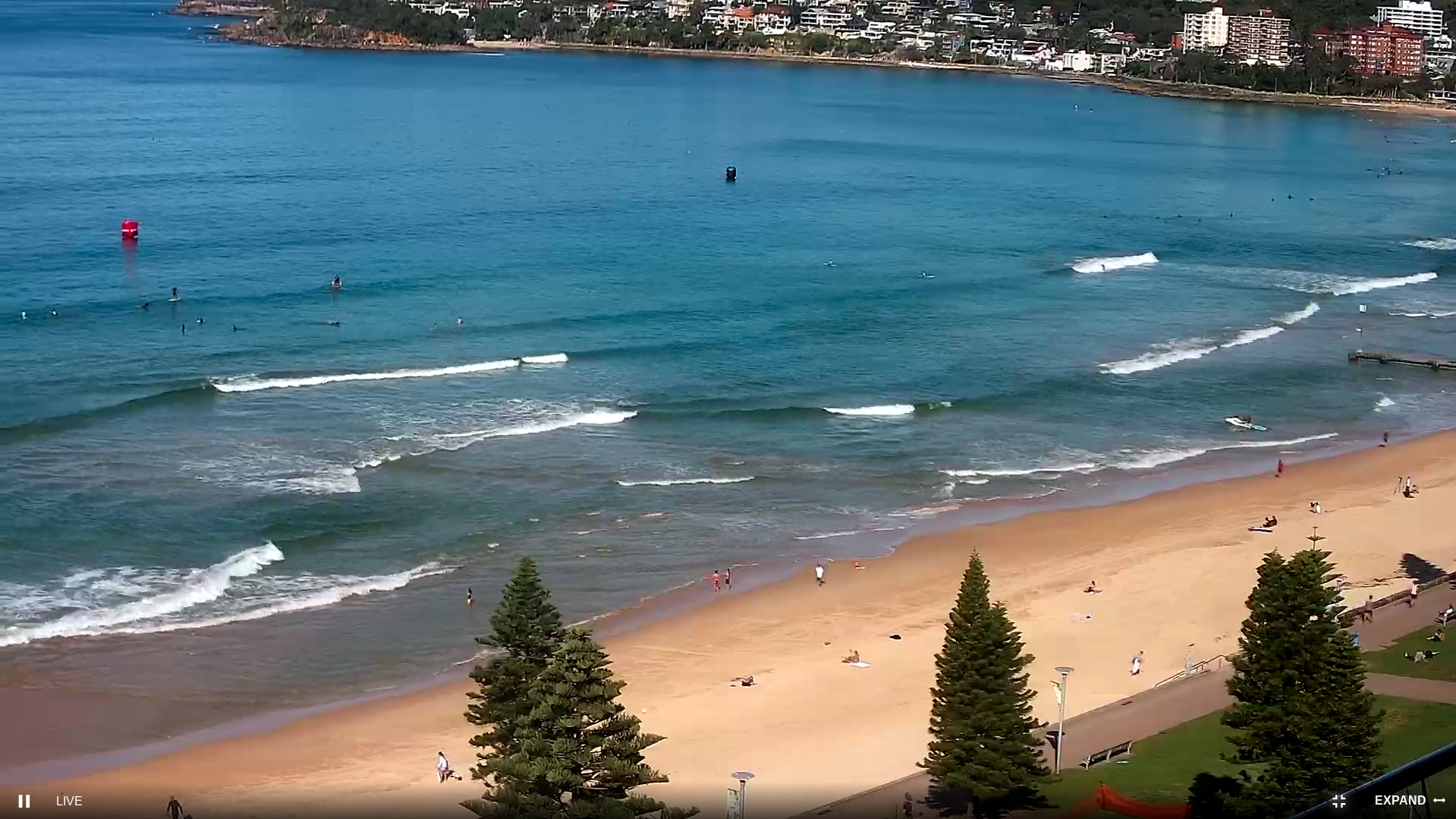 On Saturday, however, the system will move out into the Tasman clocking the winds towards the SE then ESE where they’ll remain for the rest of the waiting period – albeit slowly abating. Both Saturday and Sunday will see waves around 3′-4 ‘feet under moderate onshore winds. A classic suburban beachbreak scenario.

By Monday we’ll be near the end of the weather cycle with both wind and swell easing. Monday will see bumpy waves around 2 feet, while Tuesday – the last day of the waiting period – will be back to where we began, with knee to waist high waves struggling to break over the banks.

The forecast may change through the period so keep tab on updates in the comments below or click on Swellnet’s Northern Beaches Forecast page.