Toronto may be home to Canada’s tallest buildings and most densely built-out areas, but wide swathes of the city’s central areas are still populated by small single-family homes. But the city’s thirst for housing – especially condos – is changing the physical landscape faster than ever.

Even steps from subway stations where tall buildings are promoted by the City, you’ll still find low-density sites like an entire block of homes stretching from 10-32 Raglan Avenue, located just northwest of the Bathurst and St. Clair intersection and St. Clair West station.

At least for now.

A development application has been evolving for this site for about two years now, developer Madison Group applying to tear down the half-dozen semi-detached houses with a combined 12 units and replace them with a 28-storey condominium tower back in early 2020.

Looking southwest towards the existing homes on Raglan Avenue. Photo via Google Maps.

That plan has since been refined, providing a better glimpse at what could be built in place of these homes.

Designed by architects Superkül, the building is proposed to rise 96.65 meters above Raglan Avenue, which would exceed the height of the 2012-completed condo tower just to the south at the corner of St. Clair. 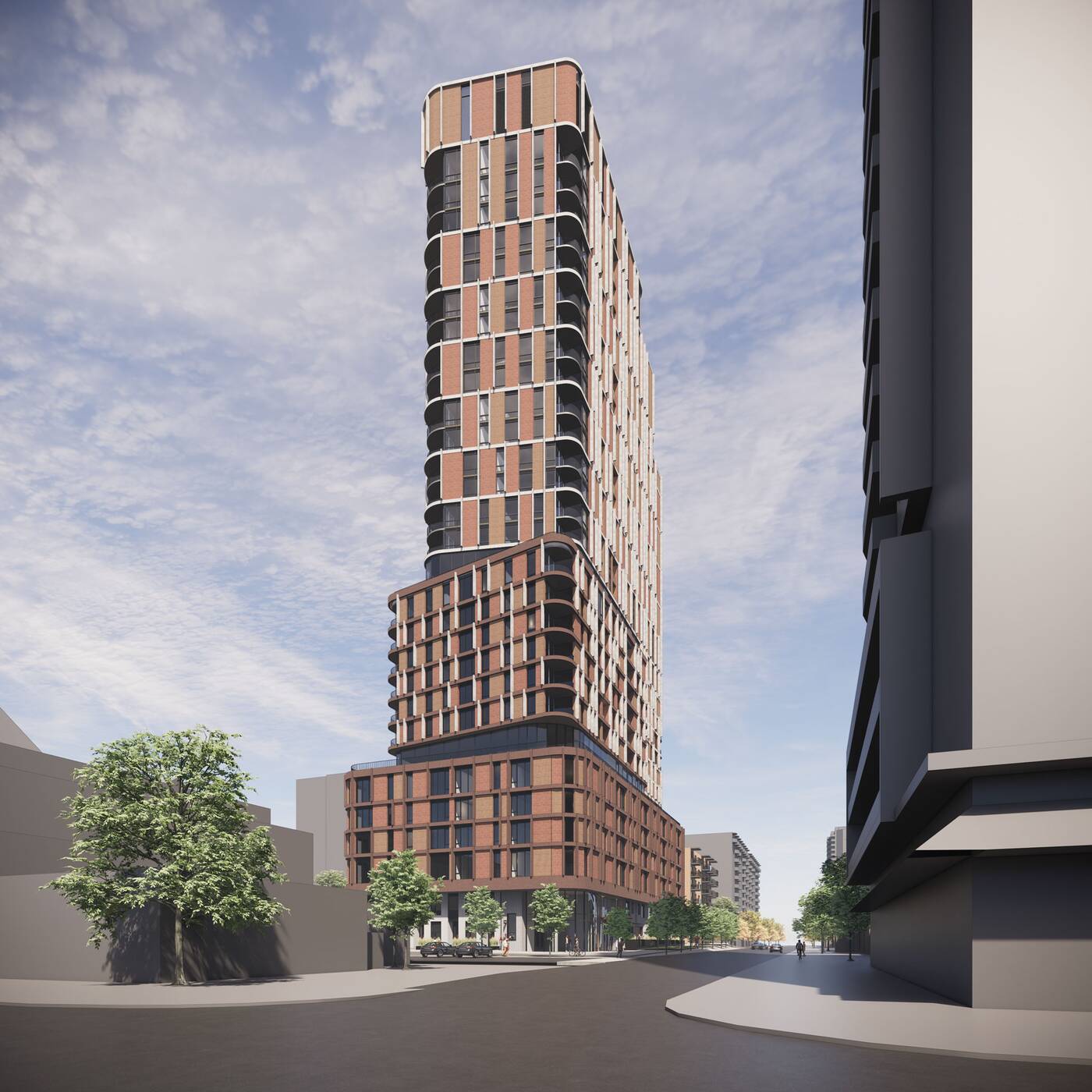 It would take the form of stacked, rounded volumes that help to break up the massing of the tower, but that will probably be little consolation to residents of the much shorter buildings to the north and east. 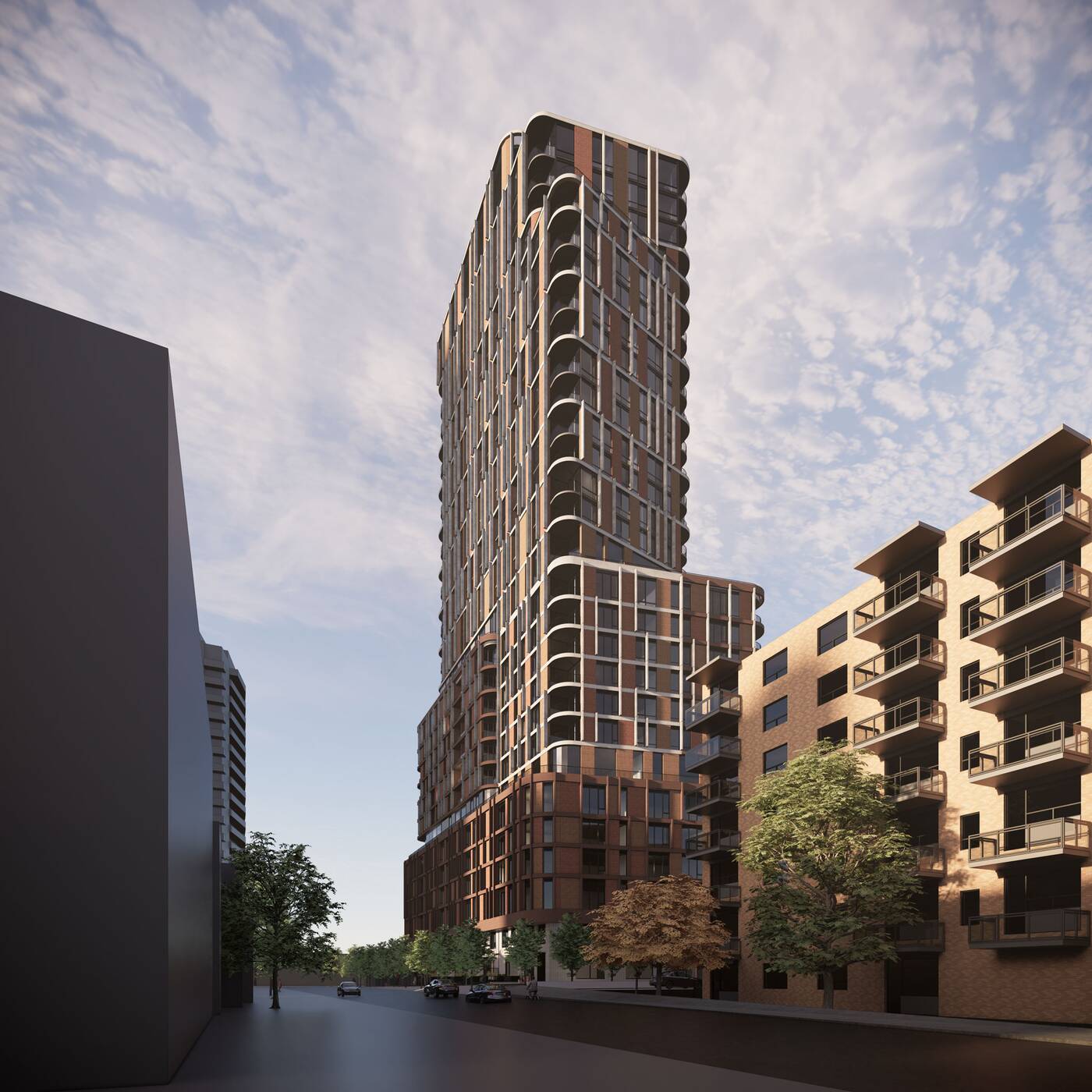 This concern may only be temporary, though, as much of Raglan Avenue is subject to redevelopment proposals that would line the short one-way street (it’s only about 670 meters from end-to-end) with high-rises.

The proposal calls for just over 29,538 square meters of floor space, which is almost entirely dedicated to residential use, with 389 condominium units proposed in a mix of 57 studios, 197 one-bedrooms, 93 two-bedrooms, and 42 three-bedroom units .

Less than one per cent of the total building area, at 245 square meters, will be dedicated to institutional space in the form of a community space occupying the north end of the building’s ground floor.

The project is currently under review by City staff, but if approved, it could be just one of many big changes for what is, for now, a low-density side street.