Union Market mastermind Richie Brandenburg and Minibar alum Rubén García have been tight-lipped about their massive project with developer Tishman Speyer at International Square — a 1.1 million square-foot complex occupying nearly a full block in downtown DC. Now the creative duo, who spent years collaborating at José Andrés’s ThinkFoodGroup, are ready to reveal their plans: a huge, collaborative culinary marketplace in the development with 16 stalls, a specialty grocery, butchery, bakery, bar, and Spanish restaurant known collectively as the Square. It’s slated to open near Farragut Square later this year. 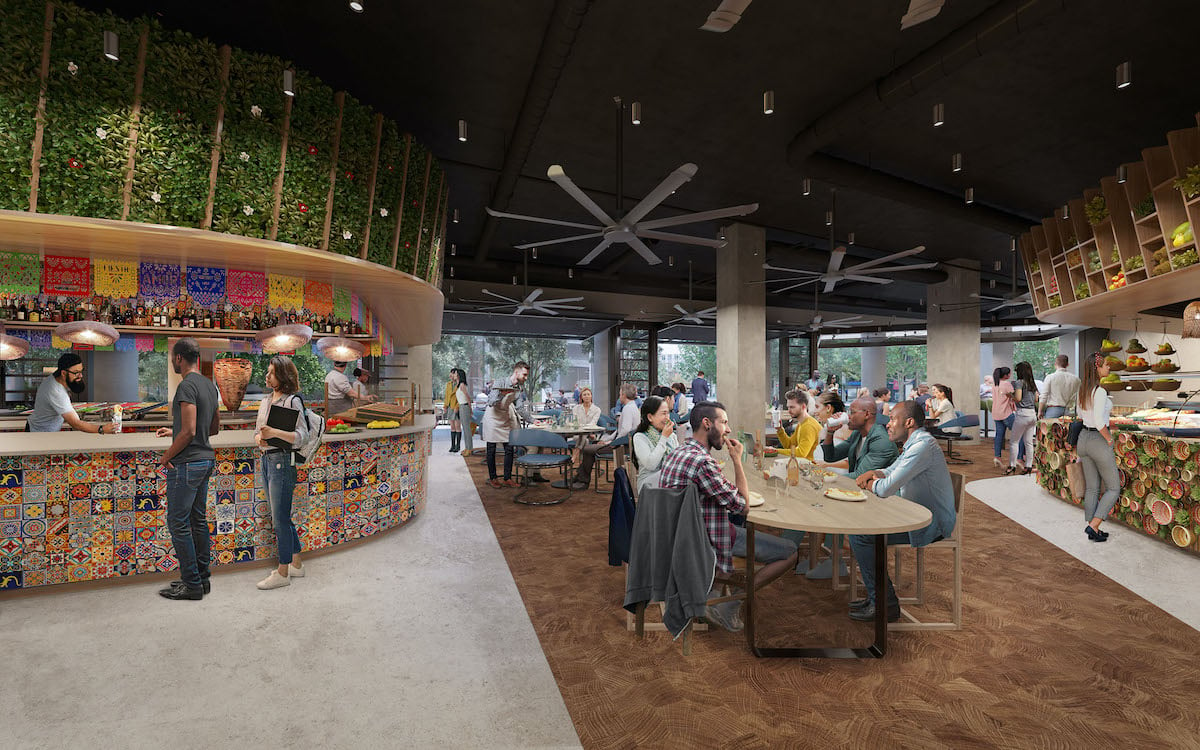 Brandenburg and García, a Barcelona native, both have extensive experience in the food hall realm. Brandenburg is the culinary vision behind Northeast DC’s Union Market and neighboring Latin marketplace La Cosecha. García spent years as Andres’ right operational hand, and helped create Mercado Little Spain in New York City. All of these projects shaped their vision for the Square and what they want (and do not want) it to be — part restaurant, part marketplace, and part culinary incubator. But do not call it a “food hall.”

“We do not like to call ourselves a food hall, because we’re doing everything opposite of a food hall,” says García. “We’re a big restaurant, and opening the doors of the restaurant to our friends in the city.”

Instead of the every-vendor-for-themselves path of many food halls, Brandenburg and García are taking a collective approach. A bakery will turn out breads and pastries that the restaurant, vendors, and grocery can utilize. Ditto for the butchery, where whole animals can be broken down and shared.

“It’s about buying power. If I have 13 tenants that want beef, why does everyone need to order from a different company? It’s stupid, ”Garcia says. “We can all get together, and in one week, we can go through a full cow. They [the chefs] will save money, have a better product, and have a story to tell, because the cow came from this place. ” 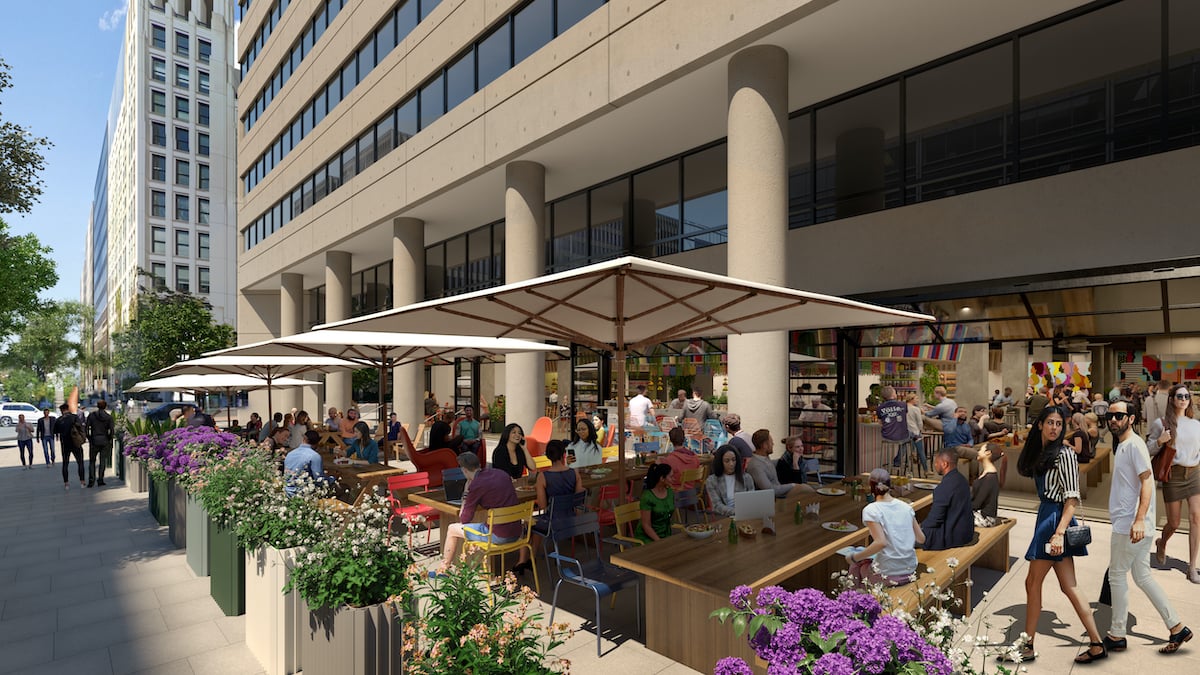 Brandenburg also sees power in numbers when it comes to the operational side, and says the Square will operate more like a casino or hotel. That means there will be one head purchaser, one accountant, and shared software to track inventory and sales.

“We’ve seen the opportunities that come with scaling,” says Brandenburg. “If we’re taking on most of the operational nuances, it gives the chefs who we’re collaborating with the ability to focus on cooking and create great cooks working underneath them.”

So who are the chefs? “We have a lot of rings on fingers but no wedding date,” says Brandenburg. He says the team is courting “mainly established chefs in the industry” but not big restaurant groups. “You will not see any repeat concepts,” he says. “We’m talking to chefs that have maybe one restaurant, or none, or have lost one [in the pandemic]. ” Early on, restaurateur Rose Previte of Maydan / Compass Rose had signed on to the Square for a casual kebab concept Tawle, but has since refocused her plans in Virginia. 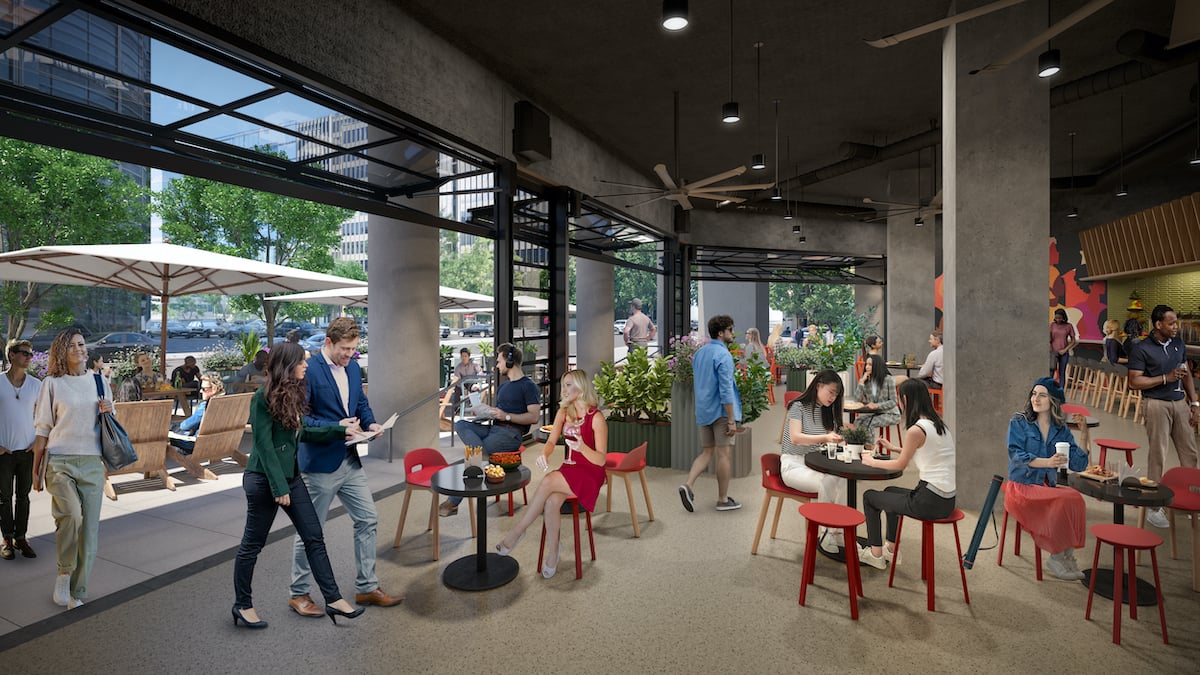 While the specific lineup is yet to be announced, Brandenburg says they’ve curated a list of styles and cuisines they’re looking for, similar to how chef’s build a menu with must-have dishes like steak or chicken. The Square will likely contain options for Asian and Mexican food, sushi, smoked seafood, and an oyster bar among the offerings. Brandenburg and García will operate two of the 16 stalls, as well as the anchor restaurant and bar (though individual stalls will also be able to sell alcohol). The specialty grocery will be a collaborative effort, with some of the in-house bakery products and meats, and items favored by professional kitchens.

“It’ll almost be like going to the grocery store with two chefs,” says Brandenburg. 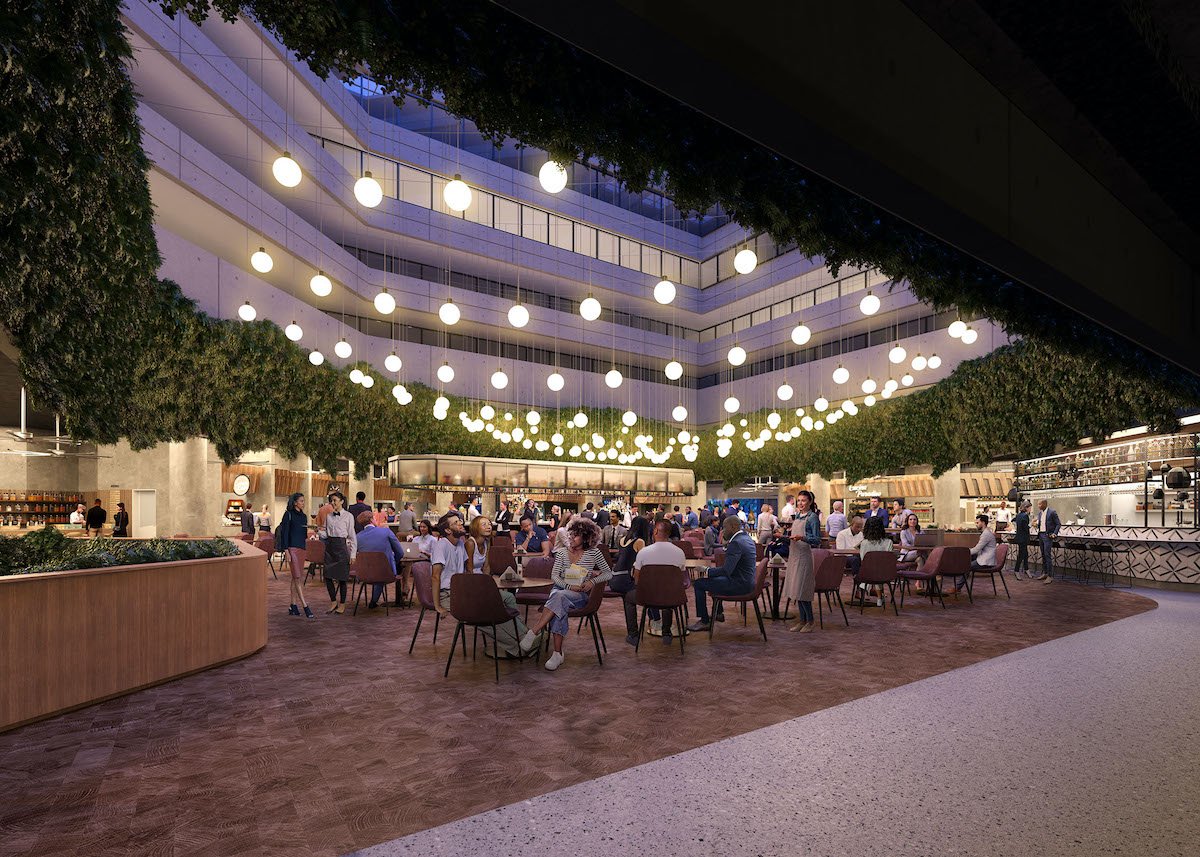 The 25,000 square-foot marketplace will have indoor and outdoor seating, an airy atrium, and seats for about 500 diners in the first phase. There will also be a banquet and event venue, similar to Union Market’s Dock 5. García says that in addition to chefs, they’re working with local artists and musicians, and plan to activate the space with a variety of events.

“This market is from DC to DC. It’s not just about food, it’s about experience, ”García says. “One thing Richie and I learned from José [Andrés] is how to tell a story. And it’s a beautiful story to tell about DC. ”

Anna Spiegel covers the dining and drinking scene in her native DC. Prior to joining Washingtonian in 2010, she attended the French Culinary Institute and Columbia University’s MFA program in New York, and held various cooking and writing positions in NYC and in St. Louis. John, US Virgin Islands.

‘We’re Human Too.’ Inside the Crisis on East Hastings