An iconic tower in English Bay adorned with a striking geometric mural is now accepting rental applications after a controversial two-year renovation that forced previous tenants from their homes.

The building’s is instantly recognizable with its colorful exterior by renowned BC artist Douglas Coupland. Inside, a major renovation including plumbing, windows, energy, and kitchen and bathroom rebuilds is mostly complete.

The suites have been totally gutted and now sport luxurious amenities paired with seriously epic views of the ocean and North Shore mountains.

The building is called Muro West End Waterfront, and it’s part of Reliance Properties’ portfolio. On its website, Reliance says it’s been contributing to Vancouver’s architectural heritage for more than 50 years.

The company describes the 1770 Davie Street building as a mid-century masterpiece where every home is a corner suite. 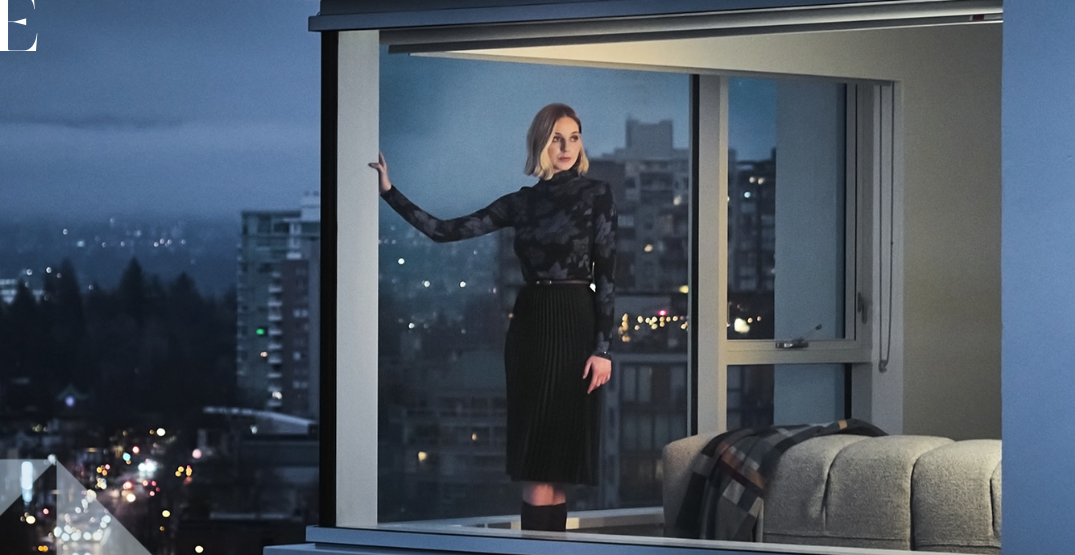 The units do not come cheap, though. Here’s an approximate price breakdown from Reliance’s leasing manager Morgan Lyon: 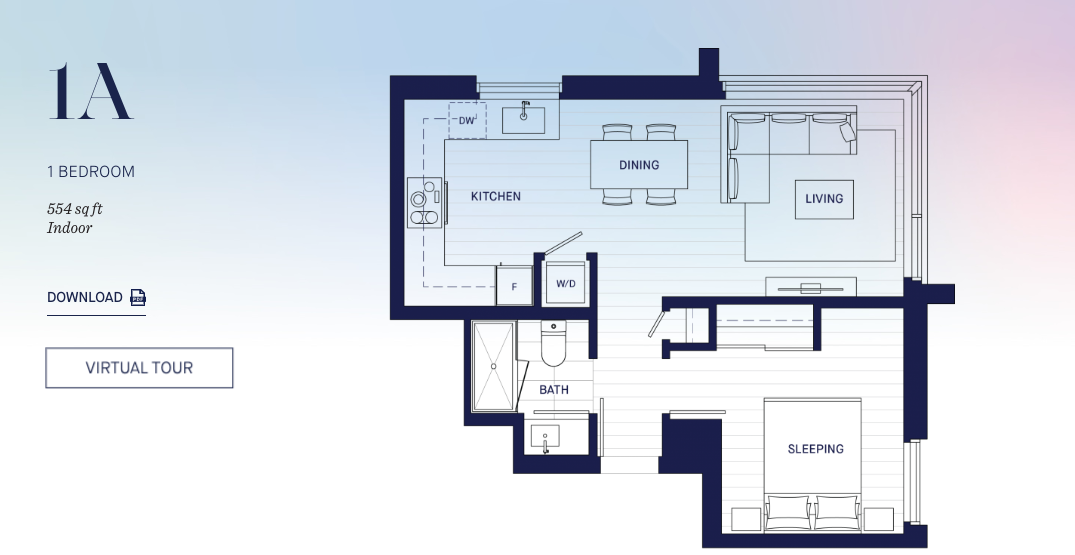 One-bedroom suites on the lower levels look toward the city and are the cheapest in the building. 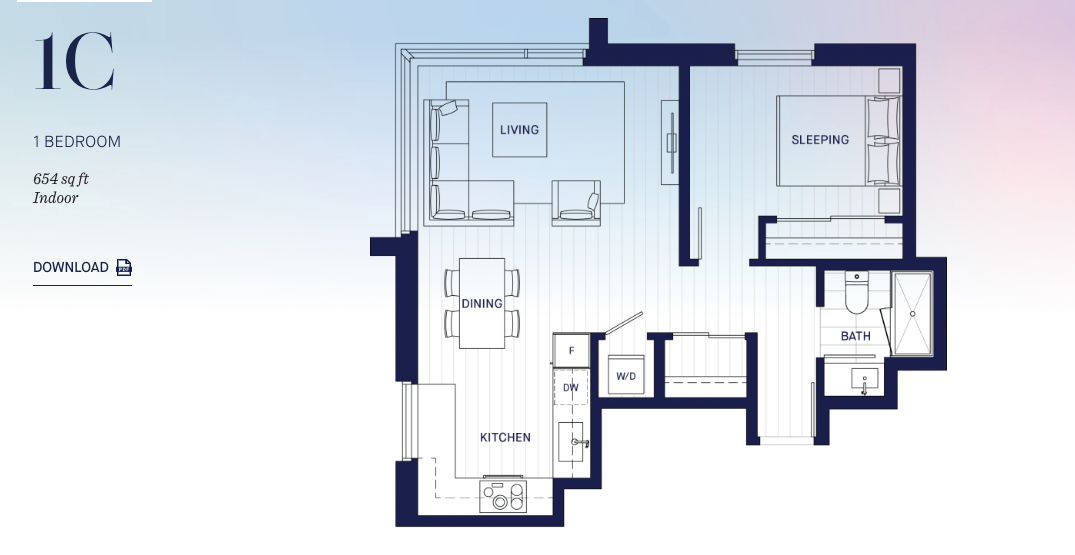 All units on floor nine and above have some view of the water. Some one-bedrooms face right out onto English Bay. Most floors have four units on them. 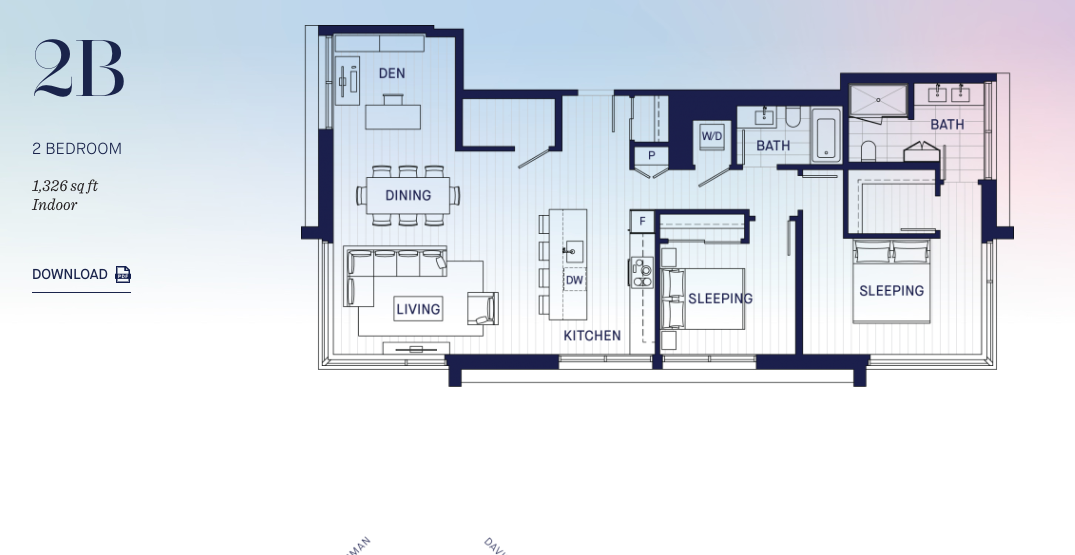 The largest unit in the building is more than 1,000 square feet and boasts incredible ocean views. 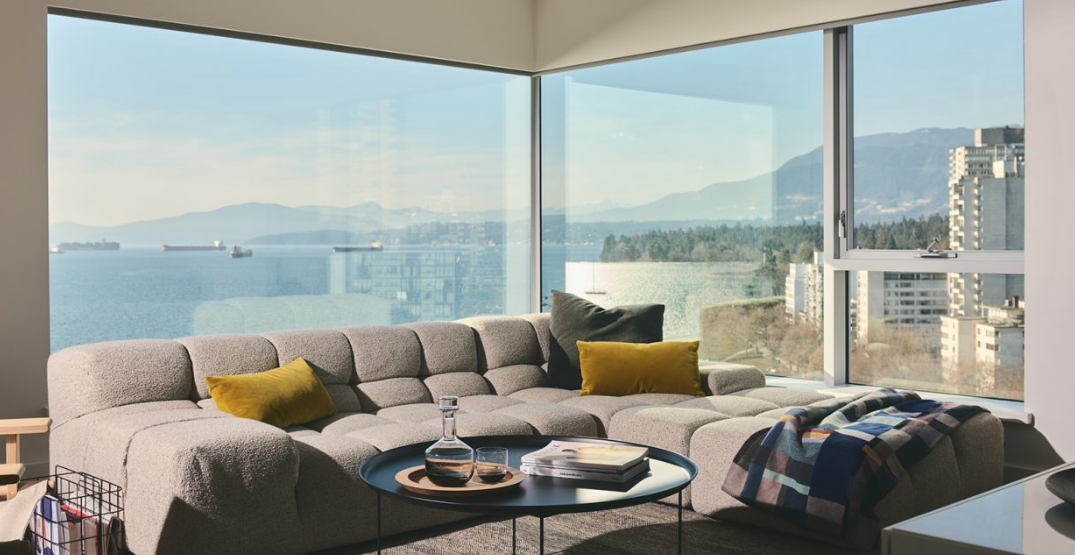 As for amenities, the building has parking and a rooftop deck. The newly renovated apartments have ensuite laundry, air conditioning, and Bosch appliances. 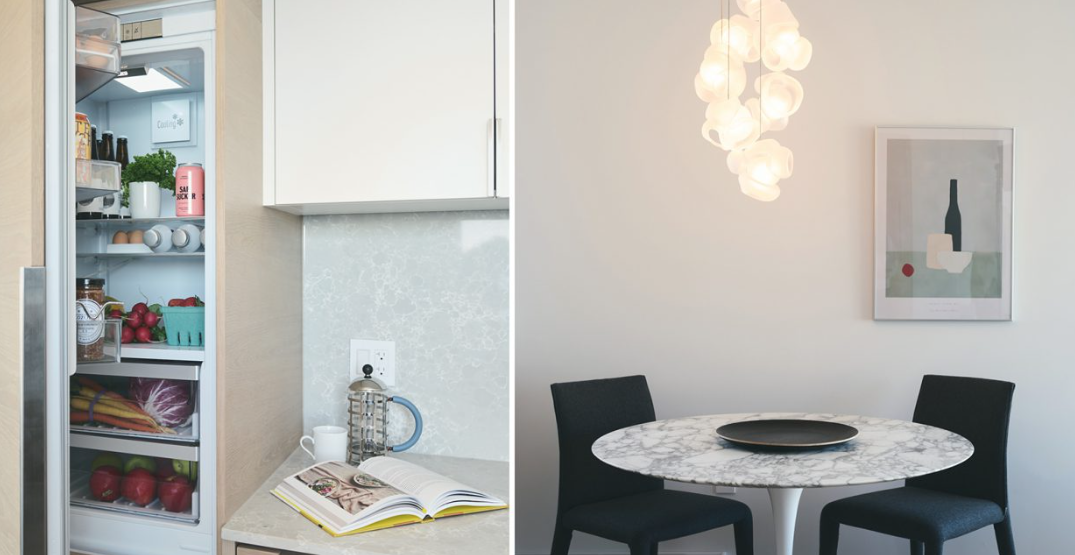 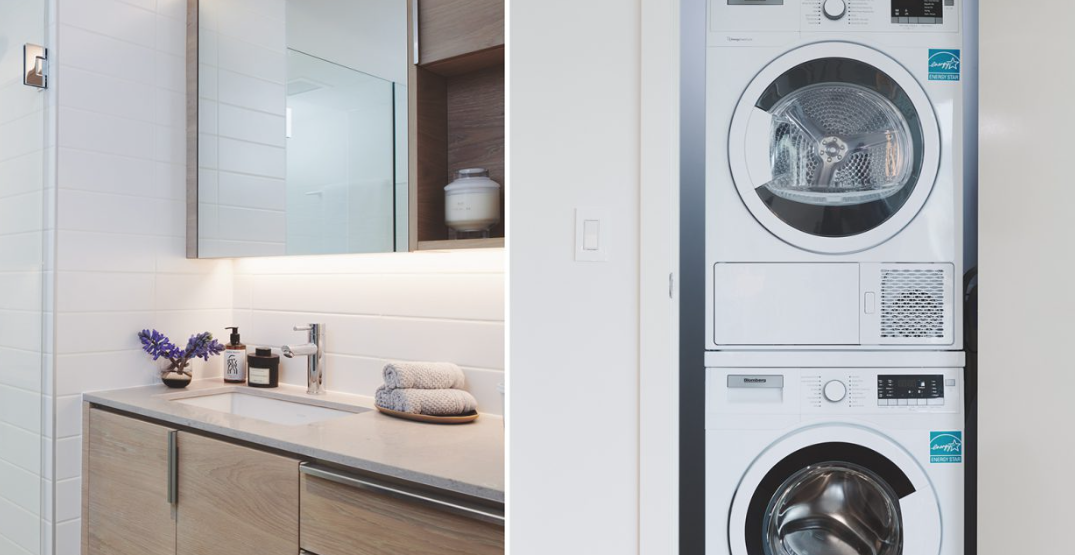 Units come with a breakfast nook that doubles as an ideal work-from-home space (sometimes with a mountain view). 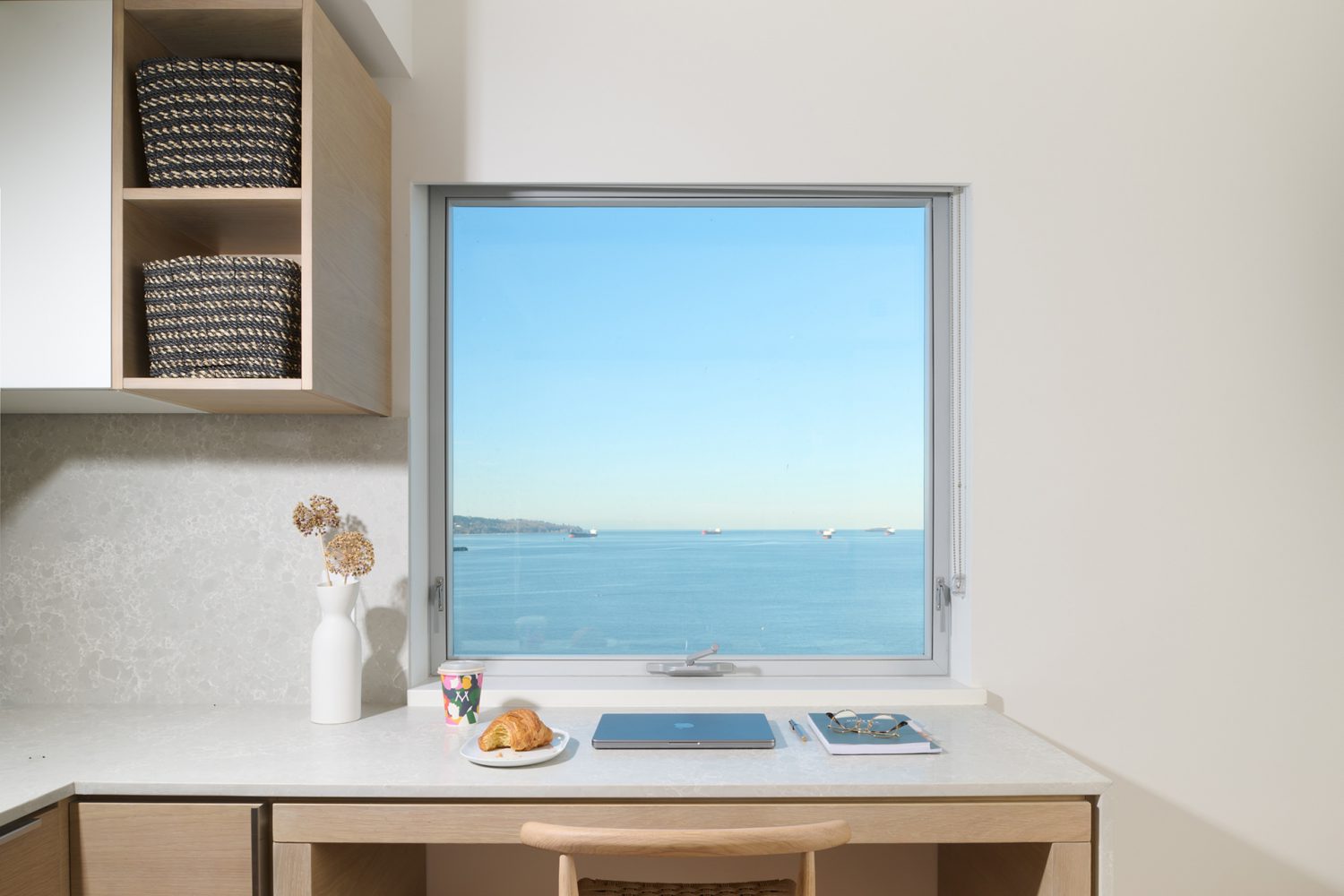 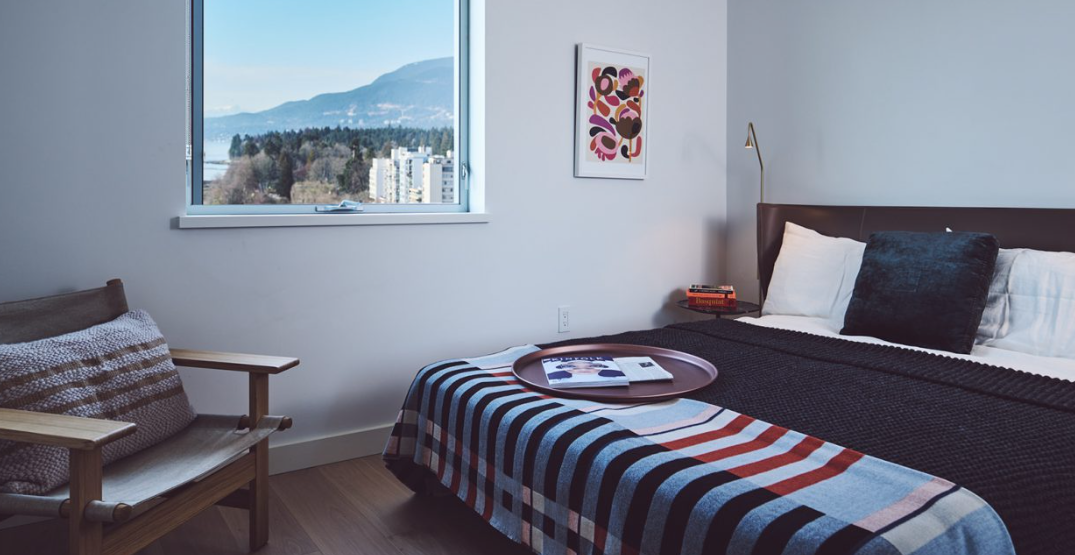 Tours of the units will start in the next couple of weeks, and new tenants can move on August 1.

The building was formerly known as the Berkeley, and it sits above Hook Cantina and across the street from the English Bay Cactus Club. 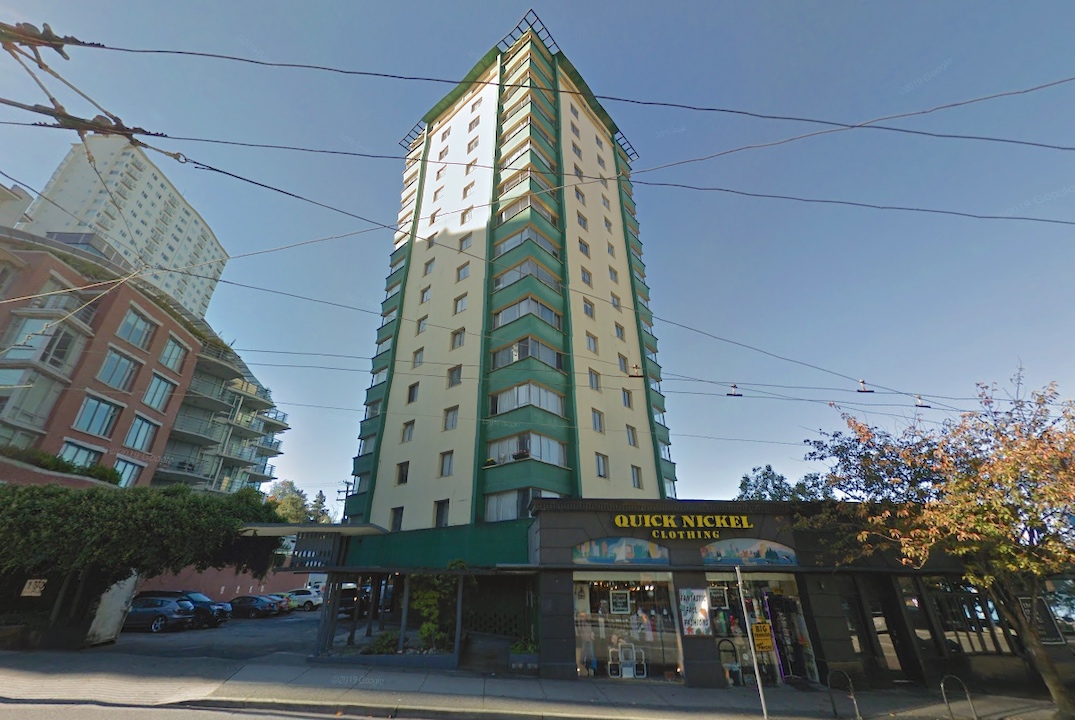 It’s been under renovation for the past two years, during which time Coupland’s multi-storey mural was applied. The artist described his concept as a “jewel box” made of a “distinctive combination of colorful geometric patterns that are at once old-fashioned yet futuristic.” The colors and shapes of the tilings are inspired by the buildings and public spaces in the coastal cities of Spain. 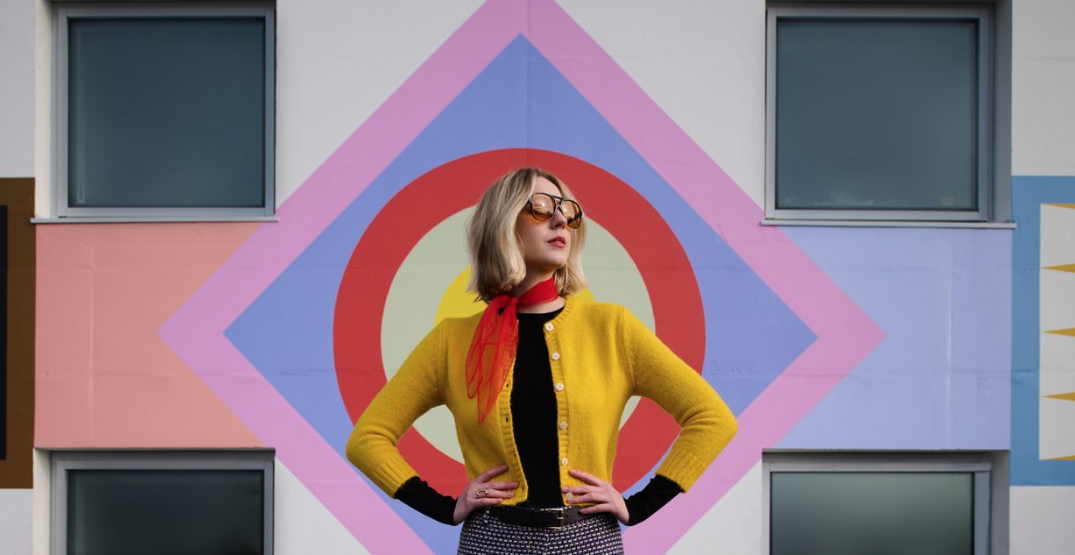 “The overall effect of this public artwork will be as an anchor point of where the city meets the ocean, and it will make a person feel like they are at the heart of something,” Coupland said in a previous statement about the mural.

The developer’s plans to renovate the tower sparked controversy, with previous tenants fighting against the retrofits that would require their eviction. The developer acquired the building in 2016, the municipal government approved the renovation proposal in late 2019, and construction began in Spring 2020.

Reliance provided a compensation package that offered each unit $ 10,000 on average for their eviction, double the provincial government regulations. The level of compensation is based on the length of tenancy and unit size. Previous tenants also have the first right of refusal to return at market rent rates.

Since the renovations began in spring 2020, rents across Vancouver have increased significantly. Rentals.ca’s National Rent Report indicates average rents in the city jumped 30% between March 2020 and March 2021.

Zumper, another rental platform, now pegs the average rent for a one-bedroom apartment in Vancouver at $ 2,200.

With files from Kenneth Chan