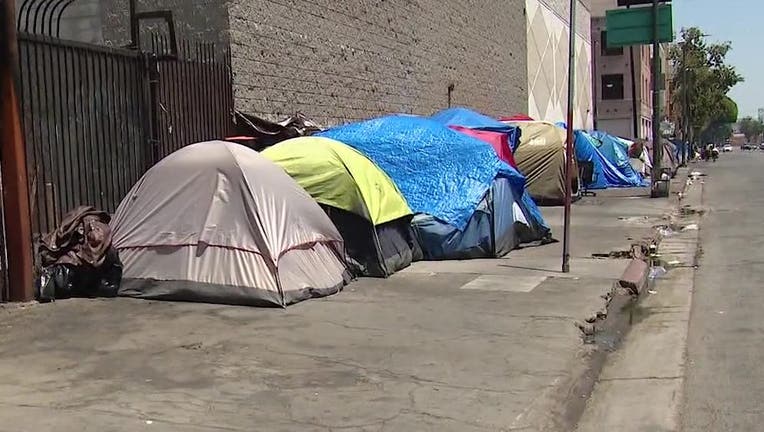 LOS ANGELES – A federal judge Friday delayed his potential approval of a settlement with the LA Alliance for Human Rights in which the city will spend up to $ 3 billion over the next five years to develop as many as 16,000 beds or housing units for the homeless.

The Los Angeles City Council voted 12-3 earlier this month to approve the settlement, which would create enough beds to accommodate 60% of the homeless population in each of the 15 council districts.

However, during a brief hearing billed as a final settlement conference Friday, U.S. District Judge David Carter asked for a round of briefings from attorneys and set another hearing for June 9.

Carter is overseeing the March 2020 lawsuit in which LA Alliance – a coalition of Skid Row area housed and homeless residents and business owners – – accuses the city and county of Los Angeles of failing to do its part in addressing the homelessness crisis.

The city has proposed a settlement, but co-defendant LA County is not participating and could go to trial.

Carter told attorneys that if he does not approve the city’s proposal, he will move the case forward to trial “much faster than you expect.” He said the same approach would result if the county does not attempt to resolve its part of the suit.

While the proposed settlement does not include LA County, city officials said the county will be responsible for providing services and housing for homeless individuals with serious mental illness, substance-use issues or chronic physical illnesses.

Carter also signaled that he wants the parties to address an agreement for the clearance of transients living near freeway overpasses and underpasses.

Los Angeles County “must step up and do their part,” City Council President Nury Martinez told reporters in April.

Skip Miller, outside council for the county, has long argued that the county should not be held accountable for Skid Row because “the city has primary jurisdiction.”

Miller issued a statement in April saying the lawsuit “has no merit with regard to the county.”

“It is between the plaintiffs and the city, and we’re glad they settled,” he said. “We intend to litigate and win this case. The county is more than doing its job and doing everything possible to address homelessness without stigmatizing it as a crime. Any assertion that the county has failed on this obligation is utterly baseless. Unlike the lawsuit, which focuses on four miles of downtown LA, the county is obligated by law to use its resources equitably among all 88 cities and unincorporated areas within the 4,000 square miles of its jurisdiction. “

The plaintiffs said that wherever homeless people are located, services have not kept pace with the ever-expanding crisis.