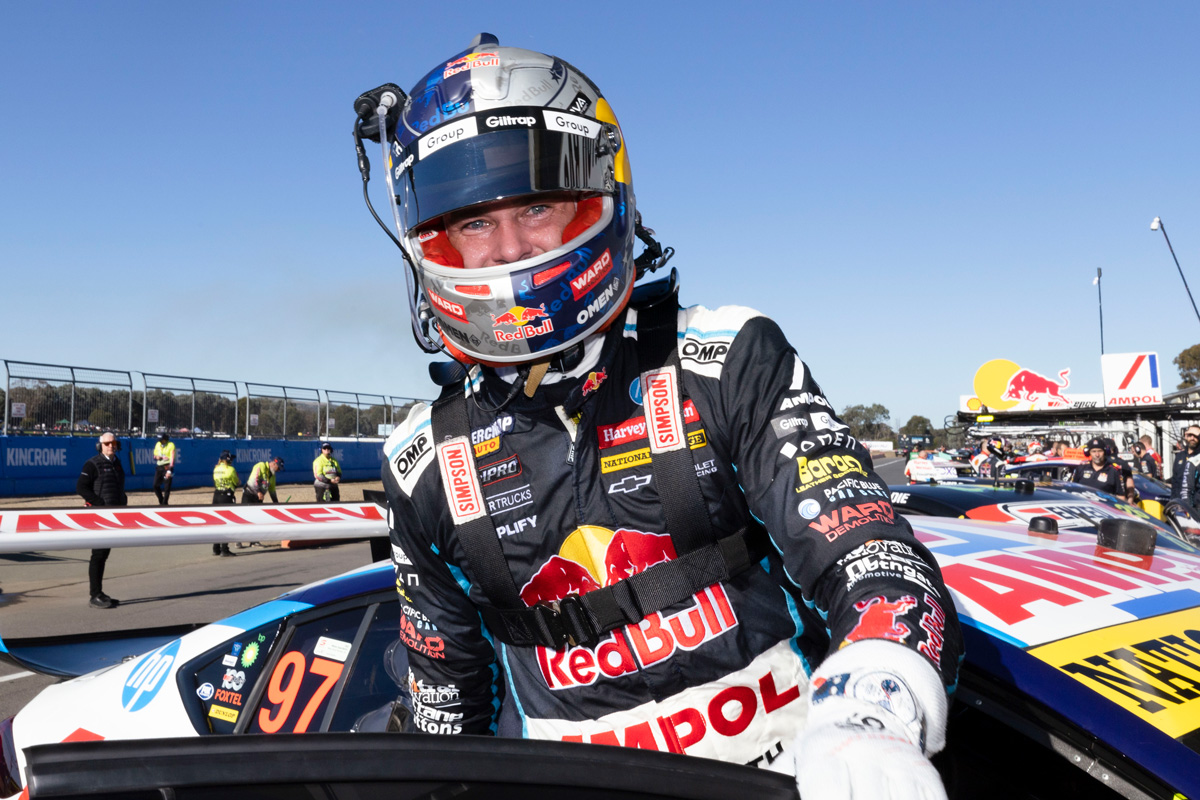 Shane van Gisbergen admits he is a tad conflicted when it comes to ditching his ‘win it or bin it’ approach to racing.

The Red Bull Ampol Racing driver has for a couple of events in a row now admitted that he sometimes needs to settle for second, even if that mantra clearly does not sit naturally with him.

Having damaged a steering arm while attempting a last-corner move for the lead on Cameron Waters in Race 13 on Saturday, van Gisbergen confirmed he took a more cautious approach to chasing Waters in the closing stages of Race 15 yesterday.

“I just asked for all the info on the radio,” he added.

“We took three tires, A) to do something different, but B) to get the fastest lap. Getting the fastest lap, you only lose three points, so now that we had that and Andrew [Edwards, engineer] said not too much risk.

“Maybe I did not get to him enough anyway but definitely the last two or three laps I left a bit on the table. It’s only a three-point loss at the end of the race. ”

After admitting that was unusual of himself, van Gisbergen added: “I’m conflicted in my own head this weekend… the old Shane would have [had a crack]. ”

Despite having to settle for second twice at Winton Motor Raceway, either side of winning Race 14, van Gisbergen opened his championship lead to 281 points over Anton De Pasquale of the Shell V-Power Racing Team.

But that was only after duking it out all weekend with Waters and his # 6 Monster Energy Mustang.

“You can not really complain about parity, can you? It was awesome, ”said van Gisbergen.

“Davey [Reynolds] was quick on the first practice and yesterday but today I think Cam and I went quicker again than yesterday.

“It’s good to push each other and go better and better and the races have been awesome because of it.

“I’m a bit gutted to be second for the weekend but still had good racing so I still enjoyed myself, and scored a lot of points compared to the guys I am racing in the championship.

Round 6 of the 2022 Repco Supercars Championship takes place at Hidden Valley Raceway in the Northern Territory across June 17-19.