A team of NASA-funded scientists and astronomers will descend on Katherine next week to witness the “once-in-a-lifetime” astronomical event of Pluto’s stellar occultation – with just north of town being the best place in the world to view it .

A stellar occultation, much like a solar eclipse, in this case will occur when Pluto passes in front of a distant start casting its shadow on Earth on June 1. The center of Pluto’s shadow will be sited north of Katherine once Earth, Pluto and a distant star align.

Students from CDU will also be in attendance to witness the first time NASA telescopes are set up in Australia, which the university said would be a valuable learning opportunity for the entire community.

A community workshop and seminar are scheduled at the CDU’s Katherine rural campus on May 29 from 6:30 to 10:30 pm as astronomers prepare the telescopes for the event. The public is welcome to participate and observe the stars and planets using the NASA telescopes. 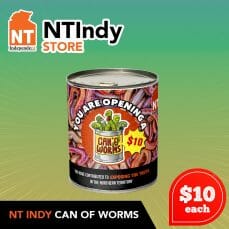 “It’s fantastic that NASA is engaging with our CDU students and the community,” she said. “Their research is fascinating and will help inspire Territorians interested in careers in technology and science.”

The observation will give astronomers vital data about the structure and state of Pluto’s atmosphere, seven years after NASA’s New Horizons spacecraft visited Pluto in July 2015.

Pluto’s atmosphere and surface have since changed during its 248-year circumferential trip around the Sun. The event will aid scientists to identify the recent changes.

Unlike the other planets in the solar system, Pluto’s orbital path around the Sun is tilted. The path is shaped more like an ellipse than a circle, which makes Pluto a dynamic planet.

Teams of observers from the United States are bringing over 12 portable telescopes that will be set up between Darwin and south of Katherine to watch Pluto pass in front of the distant star.

Why some Sask. people aren’t celebrating Canada on July 1