Flushing away pet goldfish is panned by scientists | News

It is often believed that a humane way to rescue a fish from the confines of its four-walled prison cell – or tank – is to flush it down the lavatory and release it back into its natural habitat.

But those who do could unwittingly be facilitating the desecration on the UK’s rivers and lakes. According to a study, goldfish are a “high-risk” pet which poses a “triple threat” to biodiversity.

Researchers found that the freshwater fish has an “insatiable appetite” and eats much more than other species than other comparable fish in UK waters. 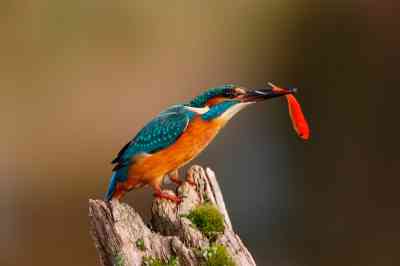 Goldfish may provide a tasty snack for birds such as kingfishers but they have a voracious appetite of their own which is harmful to biodiversity, research has found

Goldfish, while normally considered a placid fish, are also more willing to aggressively take on rivals species should they get in the way of their feed of tadpoles and smaller