Despite predictions to the contrary, the regulated price of gas is up in most parts of the province.

Propane meanwhile is down by just under 2 cents.

The suspension of maximum price adjustments on the coast of Labrador lifts as of today as fuel deliveries resume for the season — that means significant increases, in some cases by about a dollar a liter, for some fuels. 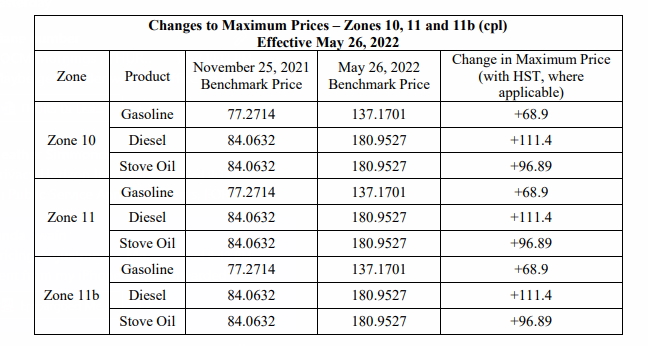