PlayStation is moving towards online-driven live service games across consoles, PC, and mobile, and its latest strategic acquisitions reflect its new plans. 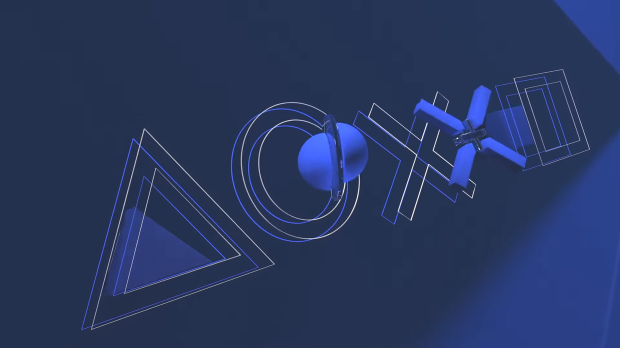 Sony is going all-in on two of gaming’s biggest money-makers: Live services, led by billion-dollar titans like Fortnite, Apex Legends, and Minecraft, and mobile, who is dominated by the likes of Honor of Kings and Candy Crush. To successfully break into these markets, Sony will need lots of expertise and know-how. The company has been building its foundation with solid acquisitions, but it may need more teams to make its plans come to fruition.

Sony’s latest 2022 Business Strategy Meeting details its grand ambitions to make at least 12 live games by 2025, and to make sure mobile accounts for 20% of its first-party releases by the same year. This is no small feat for a company that has primarily released big-budget singleplayer system-sellers like Horizon, God of War, and Spider-Man. 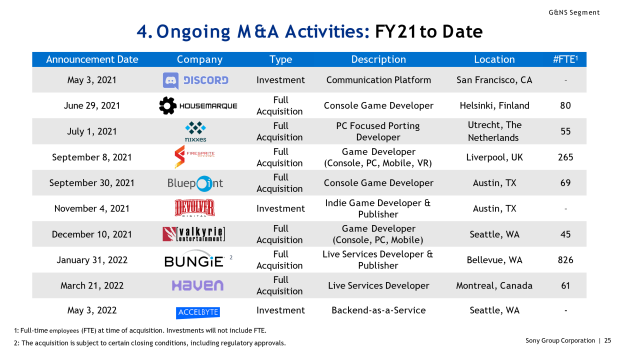 The company’s massive $ 3 billion acquisition of Bungie was a big step in its live service plans. It has also purchased Firesprite and Haven, both of which are billed as live service teams. But is this enough expertise to deliver so many live games?

“The purpose of these investments is to bolster the core strength of PlayStation studios, but also to acquire expertise in areas of game development where historically we have not had a significant presence,” Ryan said in the presentation. 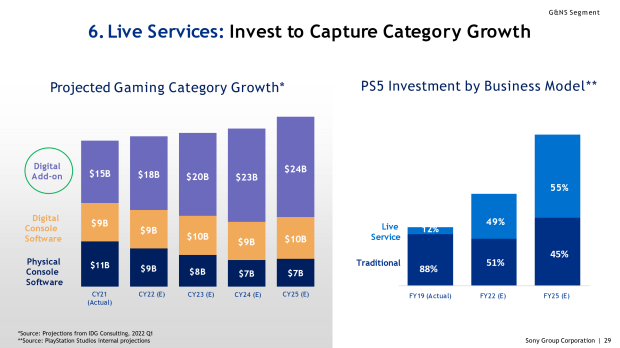 Sony also has massive confidence that its live game push will help elevate its in-game earnings to $ 24 billion. This likely reflects M&A that has not been divulged yet, or a clear indication of its pipeline being successful. Sony has visibility that we do not. Still, though, Sony might need more mobile teams.

In the meeting, PlayStation boss Jim Ryan says that its acquisition spree is not finished. Sony still has billions of dollars left to spend on acquisitions from now until 2023 and that money may well be served to purchase new mobile or live ops teams to help iterate, scale, and develop its core pipeline.

Making live service games is risky in the best of times. Mobile games are likewise as risky in terms of ROI, but are comparatively less costly to make than big games like Spider-Man, Ghost of Tsushima, or God of War. Sony could help mitigate some of this risk with more expertise on their side. 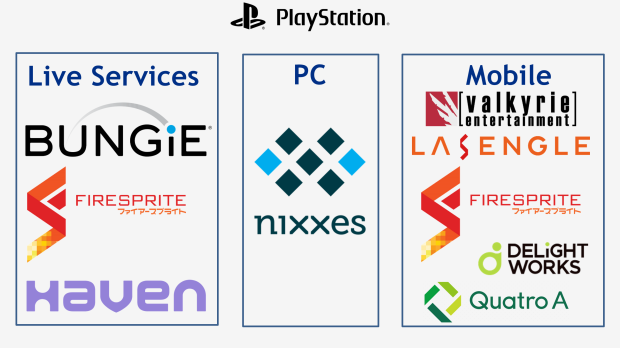 T1 Oner: “I want to say that I’m currently the best Lee Sin player. However …”